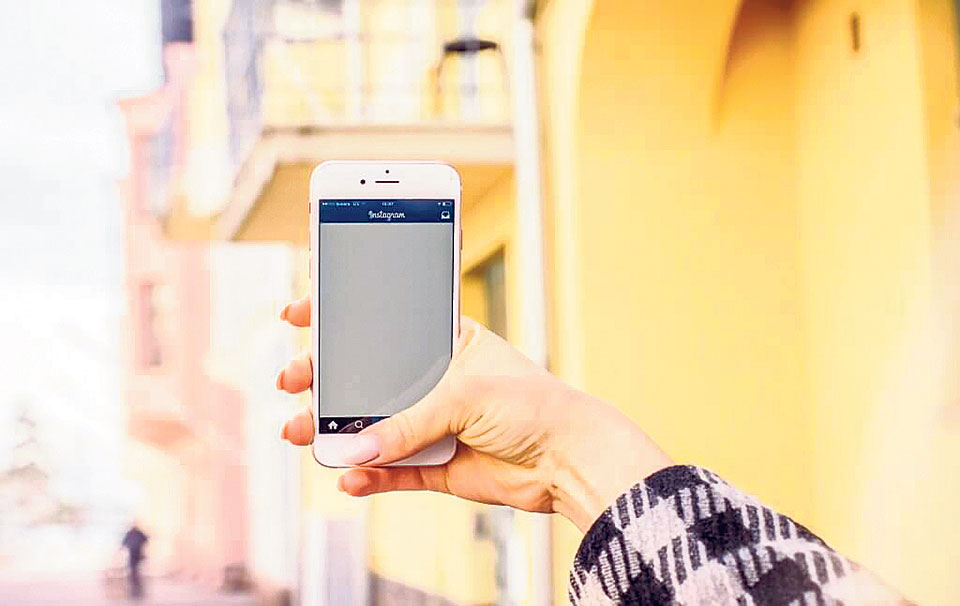 Instagram pretty much rules our lives these days. But no matter how much effort you put in to post nice pictures and make the overall layout look good, something feels amiss. Then you stumble across all these feeds that look so well thought out and managed and you wish you could do something similar. To get you started, we talked to some Nepali instagrammers who keep their feed in check under a theme to find out how they manage to make it look so prim and proper.

Color block
@suventeen – Shugham Singh
Singh, who is a photographer and model, does not exactly follow a theme but his Instagram account still looks very clean and curated. He has a lot of flatlays of everyday things that are a part of his lifestyle like food, clothes, books and notebooks, OOTDs etc. Singh calls his Instagram account a platform to display his art. He does not like it when people copy someone else’s theme and believes that your feed should be unique and true to your preferences.

Singh plans out his feed on the UNUM app and believes one should not post random pictures if they really want to have an eye-catching page. He suggests posting only high-resolution pictures on Instagram during Instagram prime time – which is from 6pm to 9pm in Nepal – as grainy photos are a big turn off. For this, he suggests taking pictures in a well-lit place as pictures taken in a dark surrounding turn up very grainy. He is also not a big fan of over editing and edits just enough to bring out the colors, for which he uses Lightroom and Photoshop.

Dark and shadowy
@mylifeasastha – Astha Dulal
An avid traveler, Dulal primarily uses Instagram to exhibit all the beautiful pictures she clicks during her trips. She does not have a set routine to post on Instagram. She posts regularly if she has content but does not upload random pictures just to appear active. Her pictures are taken either on her iPhone or she uses her DSLR so they are all high-resolution photos. She uses the layout option on the app VSCO Cam to check if a picture she wants to upload blends in with her feed before actually uploading it on Instagram.

Dulal uses Snapfeed and VSCO Cam to edit her pictures. She uses them to tone down the brightness and exposure and sharpen up the images before uploading them. She says one should keep an eye out for locations or things that match up with your theme when you go out so you have enough content to post regularly. Additionally, Dulal manages two other accounts: @lensonad, where she uploads her traveling pictures which don’t end up on her primary feed and @littlenemodulal, which is dedicated solely to her two-year old pup, Nemo.

Tinted blue
@simranpiya – Simran Piya
Contrary to the trend among instagrammers, Piya actually admits uploading random pictures at times. Although she may not post every single day, she is active on Instagram every single day. She does not even use any additional apps or accounts to plan out her feed but just analyzes it to see if the picture she is about to upload works with her current theme. Her trick here is thinking one post ahead. She keeps her next post ready and checks them out to see if the two work well together.

Piya’s personal favorite pictures to capture are the ones showcasing nature and since she travels frequently, she manages to click quite a few of those. During editing, the features she plays around with a lot are brightness and contrast, both of which she lowers down. She is also mindful of the color scheme of her pictures and makes sure her pictures have a blue-ish tint, as that is her current theme. Piya admits to sometimes holding onto a picture for months before uploading it simply because it does not match with her current theme. She also likes to flip her pictures a little and plays around till she gets an angle she likes.

Clean white
@thegraystylus – Anup Gelal
Gelal, who is a blogger, uses his Instagram to express his minimal lifestyle. Although he plans out his Instagram and edits his pictures, he does not stress about it too much. However, he is pretty active on Instagram and usually posts twice a week. He is very conscious of the backdrop of his pictures while he is taking them and admits having a white tone theme is hard to maintain in Nepal since the country itself is quite colorful.

Gelal also uses Snapfeed and VSCO Cam to edit his pictures and UNUM to plan them out. While editing, he tones down the saturation of his pictures and increases the exposure and contrast. He also reveals that the editing process for each picture is different because all of them turn out differently. Majority of his pictures are taken on DSLR cameras. He is also mindful to not post two similar pictures side-by-side and usually alternates between posting a picture of himself and something else like a cool building, his daily cup of coffee, or flowers.

Muted minimalist
@peppyowl – Rhea Pradhan
Pradhan gets inspiration for her feed from those of international bloggers. She is very vocal about using Instagram a lot and calls it her online portfolio through which brands offer her collaborations and content for her blog. In the past few months, Pradhan’s feed has upgraded from its predominantly black-and-white pictures to a warm beige tone, which admittedly she likes more than the black and white one.

All of Pradhan’s pictures are taken on DSLR cameras by her photography enthusiast friends that means, by the time the pictures reach her, they have already been edited to a certain extent. She uses Snapfeed to subtly change the tone of the pictures to match them with her feed and admits that the theme of her feed is primarily laid out by how the pictures turn out. Pradhan likes to keep the editing to a minimal so that the pictures look natural and only posts high-resolution photos. Every now and then, Pradhan adds some flatlays and filler pictures to keep the overall look of her feed tidy. She also admits to using UNUM to plan out her pictures.