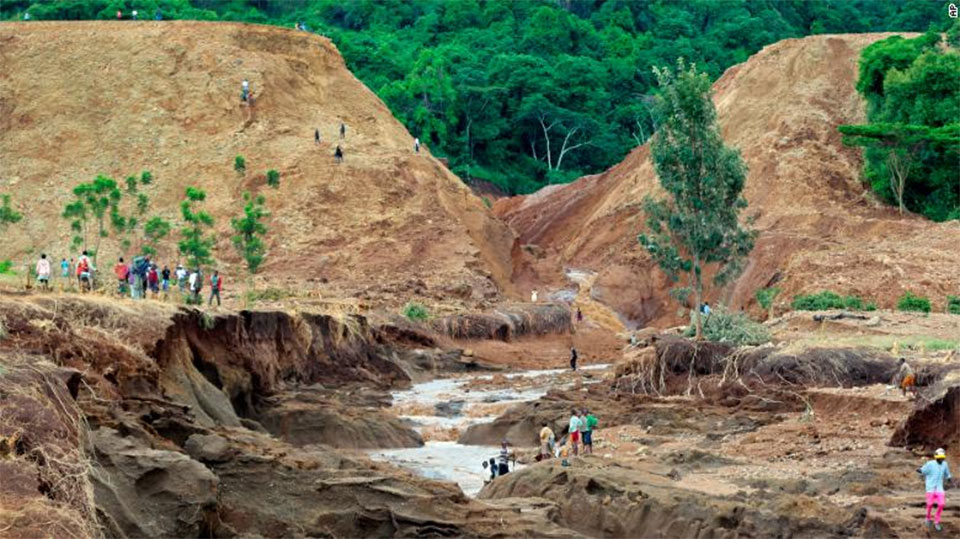 KENYA, May 11: At least 44 people have died after a dam burst in northern Kenya after weeks of torrential rain, officials said Thursday.

Residents have been evacuated from affected areas as 40 people remain missing, a regional commissioner of Rongai division, Mwongo Chimwanga said.

"Waterways have been opened to discharge water from one of the dams. A village near that dam has been evacuated," Chimwanga said in a statement.

The Kenya Red Cross estimated that up to 500 families have been hit by the disaster, which took place in Solai, near the Rift Valley town of Nakuru, about 150 kilometers (93 miles) northwest of the capital of Nairobi.

The Patel Dam burst its banks following heavy rains at around nine pm Wednesday, sweeping away homes, according to Lee Kinyanjui, the governor of Nakuru County.

Kinyanjui told CNN that those affected by the dam, which is on a commercial farm, are "mostly workers and small-scale farmers."

"It's a big farm that employs a majority of the people living in the village. They are in horticulture, coffee, tea among others. The farm has existed for over two generations," he added.

In an earlier post on Twitter, Kinyanjui said the water had caused "huge destruction of both life and property."

He said Nakuru County was working with the Kenya Red Cross in a search and rescue operation.

Kinyanjui said foodstuff and other items have been donated to displaced families and a center set up for families to report missing members.

Euloge Ishimwe, head of communications for the Africa region of the International Federation of Red Cross and Red Crescent Societies, said in a statement, "A multi-agency search and rescue is ongoing where Kenya Red Cross is part of the team.

"The Kenya Red Cross is further moving materials to construct temporary shelter for the displaced families alongside providing first aid services, evacuation of the injured, tracing services for families and psychosocial support."

At least 100 people have died and nearly 260,000 have been displaced this month by flooding in Kenya, the Kenya Red Cross said.

Kenyan authorities and humanitarian organizations have airlifted stranded residents to safety and provided aid to isolated communities after weeks of heavy rain and landslides.