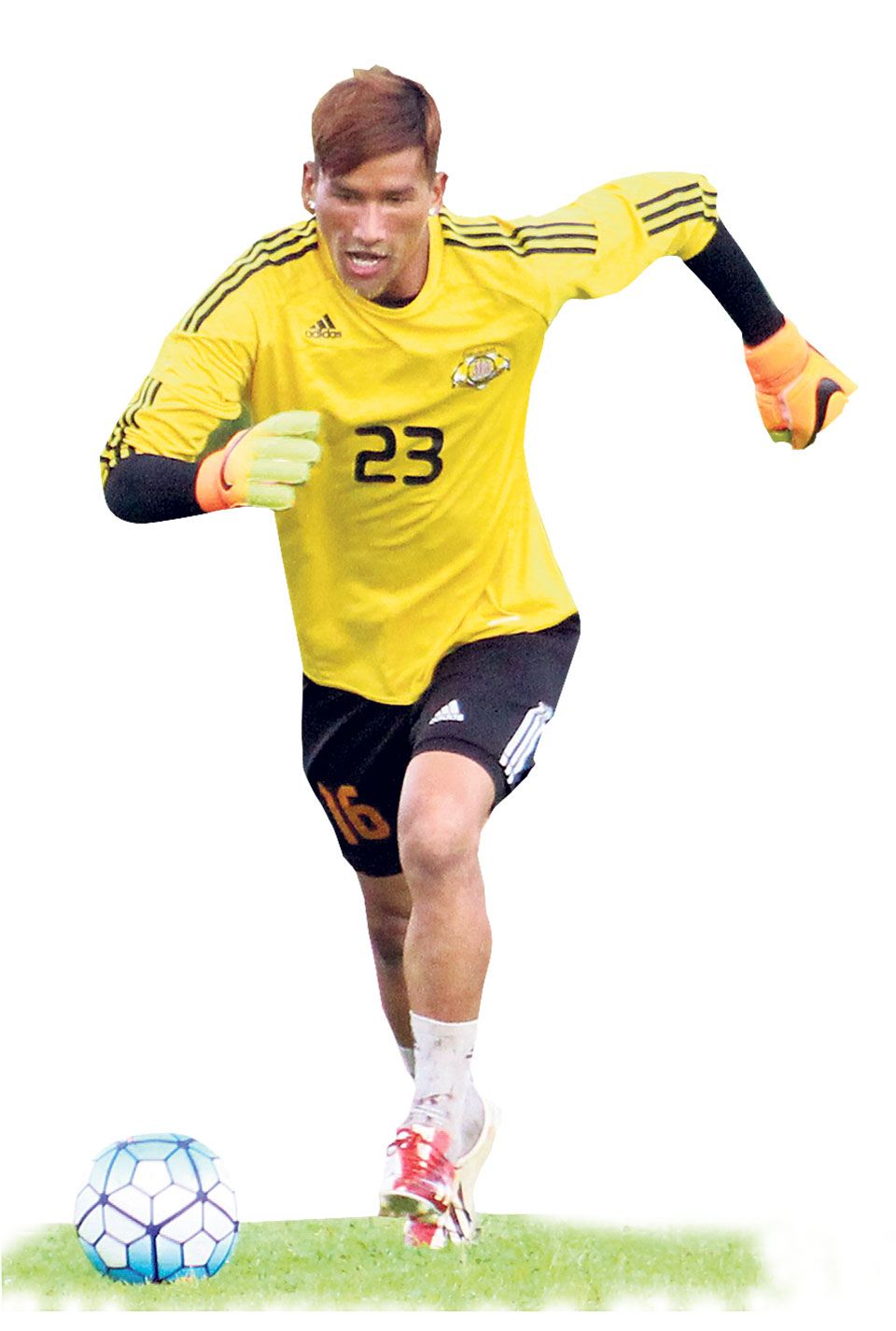 KATHMANDU, May 9: Nepal’s national number one goalkeeper Kiran Chemjong has emerged as a strong contender for the Bajaj Pulsar People’s Choice Award 2018 on back of a successful 2017/18 season with national as well as foreign teams.

Chemjong started the season playing every Nepal game in the Asian Cup Qualification matches with consistent performance, which landed him lucrative deals with football clubs of India and Maldives. His best performance came against Yemen in the home leg played at ANFA complex where he bagged the man of the match for his impressive performance between the posts to deny win for the visiting team.

The 28-year-old player then joined the Maldivian top-tier league TC Sports where he was instrumental for them finishing runners up in the national League, FA Cup, and President’s Cup last year.

After completing the season in Maldives, Chemjong was roped in by the Indian football outfit Minerva Punjab in India’s top-tier football league I-League. The Nepal national goalie was the first choice for seven matches in Punjab’s title-winning run. With 9 games to go, Chemjong started in seven of the eight games he featured in the league for Punjab maintaining the lead at top of the table, hence, securing the league title.

In a category dominated by teenagers led by cricketer Sandeep Lamichhane as well as rising golfer Pratima Sherpa and table tennis prodigy Santoo Shrestha, footballer Kiran Chemjong and spiker Man Bahadur Shrestha’s names were unveiled on Wednesday by Nepal Sports Journalists Forum (NSJF) for the People’s Choice Award of the Pulsar Sports Award scheduled to be declared on May 18.

The People’s Choice Award is one of the eight categories of the Sports Award that is decided based on SMS voting and facebook likes. However, for the first time it will also carry the votes from sports journalists and coaches from 35 sports disciplines. Nepal Sports Journalists Forum is organizing the NSJF Pulsar Sports Award at the Tribhuvan Army Officers’ Club on May 18.

The award ceremony, like in previous editions, will feature eight categories — Male, Female, Youth, Coach, People’s Choice, Para-athlete, Special and Lifetime Achievement awards.
The winners of the male, female, people’s choice and coach will get Bajaj Pulsar NS160 motorbike each, while other winners will get Rs 50,000 each.

As per the agreement, Hansraj Hulaschand and Co Pvt Ltd will provide the NSJF with one million rupees in cash and four motorbikes, while Bajaj Pulsar will be the main sponsor of the award event.