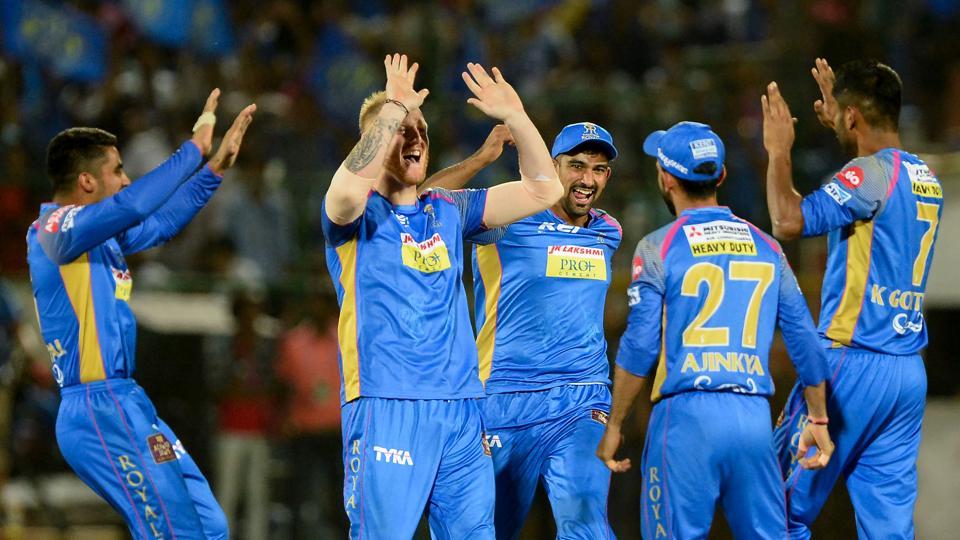 KL Rahul’s brilliant 95* went in vain for Kings XI Punjab as Rajasthan Royals put in a disciplined bowling performance to stay alive in the race for the playoffs with a 15-run win at the Sawai Mansingh stadium on Tuesday.

Rahul’s knock was the saving grace for Kings XI Punjab’s batting, which floundered on a pitch assisting spin. After restricting Royals to 158/8, KXIP started off in disastrous fashion when Chris Gayle (1) was stumped off K Gowtham. The Karnataka off-spinner followed up by bowling Ravichandran Ashwin (0) through the gate after the KXIP skipper at promoted himself.

Rahul, who struck a match-winning fifty against Royals in the previous game in Indore, hit 11 fours and two sixes in his 70-ball knock. He struck two fours off Ben Stokes in the fifth over but Kings XI Punjab lost wickets at regular intervals.

The batsman capitalised on some loose deliveries and reached his fifty by pulling medium pacer Anureet Singh to deep mid wicket. Although Rahul struck boundaries at will towards the end, lack of contribution from the top order made the chase difficult after Rajasthan Royals’ total was set up by Jos Buttler’s third consecutive fifty.

Opting to bat, Rajasthan Royals made a good start with Buttler hammering two consecutive fours off Marcus Stoinis in the first over before hammering left-arm spinner Axar Patel for four and six over extra cover in the second over.

Royals skipper Ajinkya Rahan (9) got a leading edge to a full ball from pacer Andrew Tye to be caught at cover while K Gowtham (8), promoted to No 3, miscued a full ball from Stoinis to Manoj Tiwary at long on. Tye finished with 4/34 to become the leading wickettaker of IPL 2018 with 16 scalps.

In the middle overs, Mujeeb Ur Rahman (2/21) showed his class as he kept runs down and built pressure. Samson notched up the fifty-run stand by clobbering Ashwin down the ground and then slapping a short ball past backward point. The 53-run stand ended when Samson (22) miscued a flighted delivery to long on.

The wicket of Samson slowed down Buttler, and on 79, he miscued a tossed up delivery from Ashwin only to be dropped by Akshdeep Nath at long off. The England wicketkeeper did not capitalise on the life and Mujeeb struck when he had Buttler stumped for 82.

NEW DELHI, April 11: Indian Premier League’s tenth season not only has the cricket lovers excited but is also keeping all... Read More...