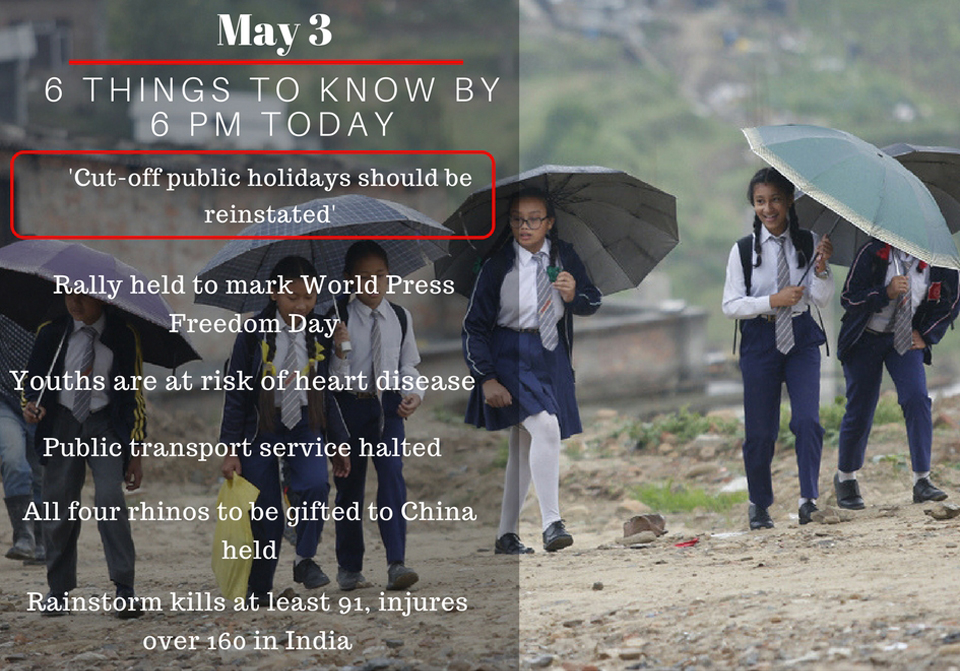 'Cut-off public holidays should be reinstated'

A rally was taken out this morning to mark the occasion of the World Press Freedom Day 2018. The rally spearheaded by Federation of Nepali Journalists (FNJ) was held under the banner 'Observation of Power: Media, Justice and Rule of Law'. The rally started from Babarmahal and converged into a corner meeting at Naya Baneshwor.

Youths are at risk of heart disease

myrepublica.com, a digital version of Republica English daily, has been publishing a series of news and videos regarding air pollution under the title "BREATHE" since the past few months. This time Republica Online talked to Dr. Om Murti Anil, a cardiologist, about the causes and remedies of heart disease.

All four rhinos to be gifted to China held

Rainstorm kills at least 91, injures over 160 in India