KATHMANDU, April 28: The Government of Nepal has welcomed the 2018 Inter-Korean Summit at Peace House in Panmunjeom and the issuance of Declaration following the Summit.

Issuing a press statement on Friday, the Ministry of Foreign Affairs said, "Nepal believes that it is a significant step forward towards normalizing their bilateral relations, and hopes that this will contribute to establish lasting peace and stability on the Korean Peninsula."

With a single step over a weathered, cracked slab of concrete, North Korean leader Kim Jong Un made history Friday by crossing over the world’s most heavily armed border to greet his rival, South Korean President Moon Jae-in, for talks on North Korea’s nuclear weapons.

Kim’s news agency said that the leader would “open-heartedly” discuss with Moon “all the issues arising in improving inter-Korean relations and achieving peace, prosperity and reunification of the Korean peninsula” in a “historic” summit. It’s the first time one of the ruling Kim leaders has crossed over to the southern side of the Demilitarized Zone since the Korean War ended in 1953.

North Korea was increasingly isolated after it started to develop its nuclear arsenal. United States along with other western countries had kept economic sanctions to deter North Korea's attempts to 'destabilize the world' by developing nuclear weapons. 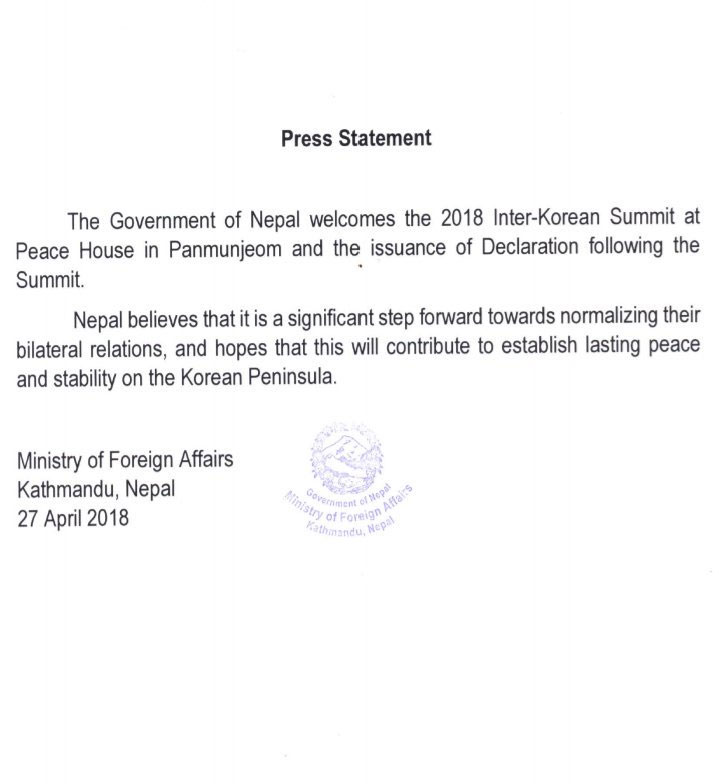