World of its own 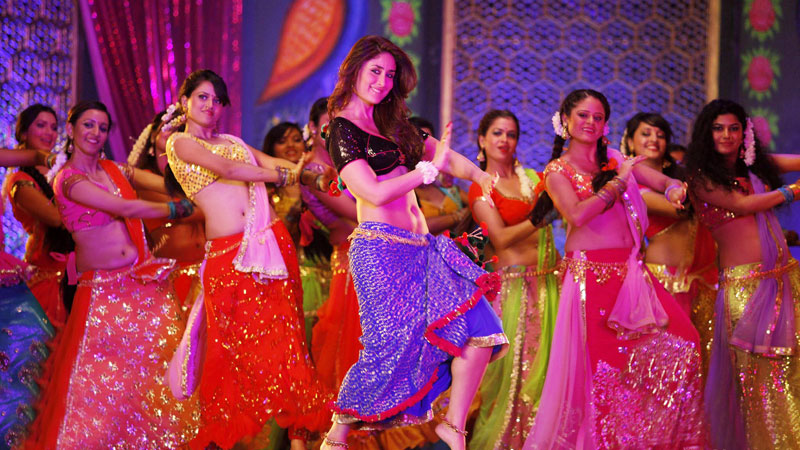 My love story with Hindi movies didn’t quite start with Kayamat Se Kayamat Tak, Mansoor Khan’s 1988 film starring Aamir Khan and Juhi Chawla. It couldn’t have. When my parents took me to Ranjana cinema hall in New Road for a matinee show, all those years ago, all tickets had been sold. I vaguely recall my father paying some lout many times the going rate to procure tickets in the black. It was the first time I was entering a movie hall. But the excitement had been slowly building inside my young head.

Those were the days you had to stand up for your national anthem before every movie show. (Or so I found out that day.) Shreeman ghambir done and dusted, we settled down into our seats. I don’t have a great memory but I distinctly remember that moment, perhaps five minutes into the film, when I suddenly realized that I had in fact already watched the whole damn thing, with the help of a neighbor’s borrowed ‘deck’ a few months ago. I was crestfallen. I couldn’t believe I had to watch this mushy tear-jerker, loosely based on Shakespeare’s Romeo and Juliet, all over again. Even the first time I watched it, I had hated the gory ending.

Save for Udit Narayan Jha’s hit numbers, our ‘black’ show offered no redemption. But despite such dismal start to my movie-going experience, I have since come to be a keen Bollywood buff. Sure, in the same neighbor’s borrowed deck, I had also greatly relished Sylvester Stallone’s muscles and marksmanship in then wildly-popular Rocky and Rambo series. Jean-Claude Van Damme and Arnold Schwarzenegger were the other favorites of the neighborhood boy club. But no matter how much I liked Hollywood movies, I felt something was always missing at the end of it.

Perhaps it was because I could not understand the native English speakers very well. Perhaps I too had imbibed the common belief back then that the ungodly Westerners were somehow ‘impure’; that they were not one of us. On the other hand, the actors in Hindi movies felt familiar: their diction easy to understand, clothes and mannerisms as easily recognizable, and the cultural and economic milieu seen in Bollywood films pretty much own. I was instantly hooked. But back then I could not admit that I liked Hindi films.
Among the kids of Pahadi community whom I grew up with, admitting you liked anything at all about the ‘dirty Indians’ was a taboo. So even though I and my neighborhood friends mostly watched movies of Amitabh Bachachan and Govinda, we put posters of machine-gun-wielding Arnold in our rooms. We listened and admired the likes of Udit Narayan and Kumar Sanu, but it would be the stickers of Michael Jackson and GNR that adored our geometry boxes. As young teens it was Madhuri Dixit and Kajol we pined for, even while it became trendy to swoon over Julia Roberts and Sharon Stone.

For me personally, I started feeling comfortable admitting to my love for Bollywood when, in the ninth standard, I came across a die-hard Govinda fan. My new friend, like Govinda, had all the moves. I have never come across anyone (maybe save Govinda himself) who could move to Hushna Hai Suhana and Sona Kitna Sona Hai better than Shobhan, who soon became one of the most keenly awaited performers in our annual parent’s day.

Shobhan would take me to many Govinda movies, often first day first show. This is in fact how I came to love the diminutive dancing dynamo.

Since my school-going days Bollywood has changed a lot. Back in the 1990s and early 2000s, Hindi films were often criticized for being wildly ‘unrealistic’, for lifting ideas from Hollywood and for not up to international cinematic standards. For me these critics were missing the point.

People like me don’t go to a Hindi movie—haven’t ever, really—expecting perfectly logical plotlines and a vicarious intellectual boost. We go to be entertained. As director Karan Johar says, he doesn’t want his movies to be ‘realistic’ in any sense of the term. In fact, he says that if someone really wants to be entertained by his films, he should leave his logical brain outside the movie theater, and be prepared to be immersed in a make-believe world where absolutely anything is possible.

That, in essence, epitomizes what Bollywood means to me. In fact, it would be a dull Hindi film that doesn’t have a preppy song and dance number; or an action film where a punch to the face does not lift the villain at least 100 feet above the ground. Frankly, if I have to watch Satyajit Ray, I would watch it from the confines of my room. Movie-going I will reserve for the incredible crash-bang-boom, song-and-dance worlds conjured up by the likes of David Dhawan and Rohit Shetty.

A world of its own

Children are always either hooked on their parent’s mobile phones, playing computer games, or just watching television. In the lack... Read More...