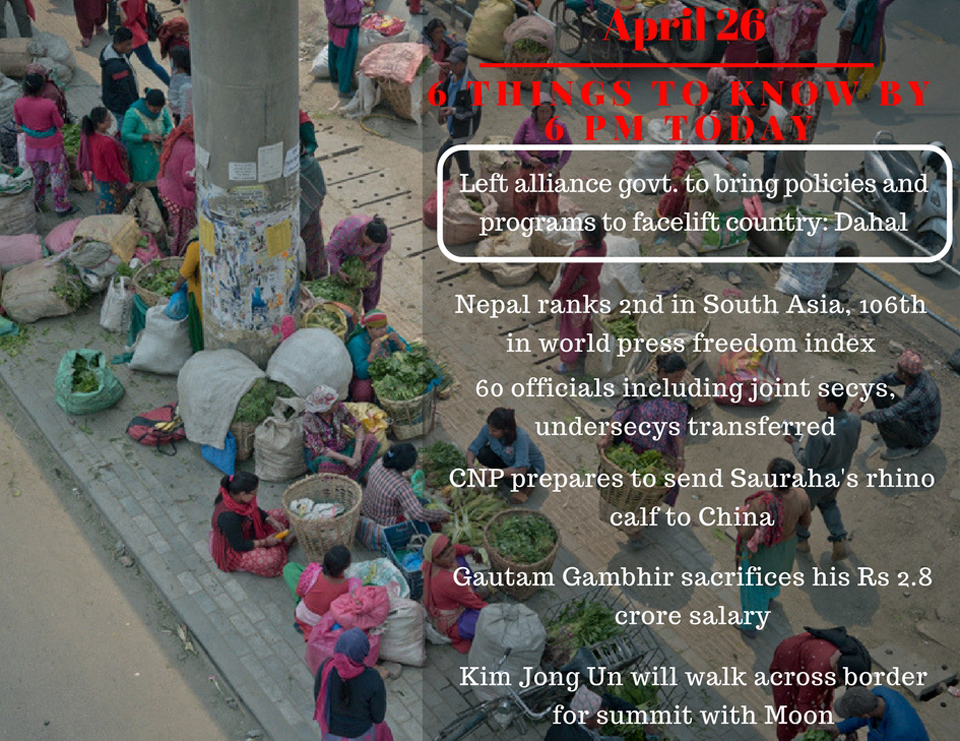 CPN (Maoist Centre) Chairman Pushpa Kamal Dahal has said that the left alliance government was preparing the government policies and programs to facelift the country.

The Ministry of Home Affairs has transferred as many as 60 officials including joint secretaries and undersecretaries to various administrative units of the country. Of the total 60 officials, most of them are chief district officers and deputy chief districts officers.

Chitwan National Park (CNP) is preparing to send a male rhino calf to China. According to Department of National Parks and Wildlife Conservation Director General, Man Bahadur Khadka, a team of wildlife experts including veterinarians from China and Nepal examined the rhino calf and verified it to be healthy enough to be sent to China.

Gautam Gambhir sent shockwaves across the country after announcing that he was stepping down as captain of Delhi Daredevils (DD) in the ongoing season of the Indian Premier League (IPL). The surprising decision stemmed from Delhi's dismal run in the eleventh edition of India's T20 league. He was sacrificed his Rs 2.8-crore salary after deciding to play for Delhi for free in the ongoing season.  Gutam has decided that he won't take any salary from the franchise for the season.

Kim Jong Un will walk across border for summit with Moon