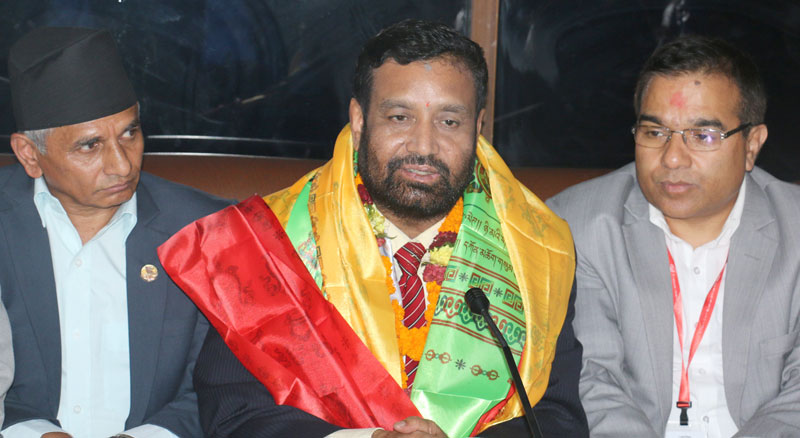 DPM Nidhi has set out for the southern neighbor as per the decision of the Council of Ministers for making arrangements for high-level visits between Nepal and India as well as for political meetings in the wake of the formation of a new government in the country.

Speaking with the media persons at the Tribhuvan International Airport before his departure, DPM Nidhi said that his visit will be oriented towards realizing high-level visits between Nepal and India.

"The main objective of my visit to India is to extend an invitation to Indian President for a visit to Nepal and place request on the behalf of the government of Nepal to fix a date for the same," Nidhi said.

Similarly, the DPM shared that during his visit discussions will be held on the invitation extended by Indian Prime Minister to Prime Minister Dahal for a visit to India.

He expressed his confidence that the visit would be successful in further bolstering ties between the two countries.

DPM Nidhi is also likely to brief about the challenges facing the implementation of the new national statute and the latest political development in Nepal. During his stay in New Delhi, DPM Nidhi will meet India's President, Prime Minister, and Minister for External Affairs, Minister for Home Affairs as well as other political leaders and high-ranking officials. RSS