Trisuli Hospital to get a new building 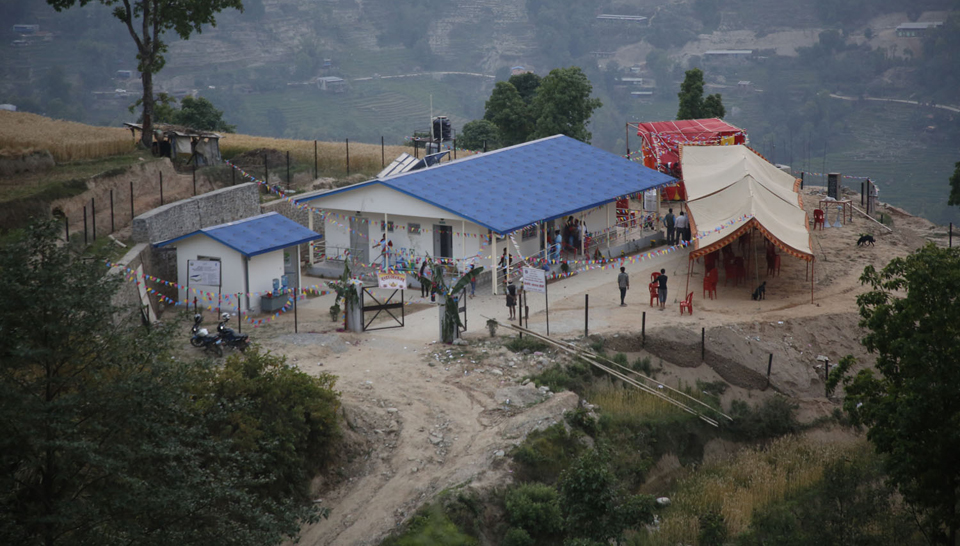 NUWAKOT, April 25: State Minister for Health and Population Padma Kumari Aryal and Korean Ambassador to Nepal Young-sik Park jointly laid the foundation stone of a building of Trishuli Hospital in Nuwakot on Wednesday.

Korea International Cooperation Agency (KOICA) has provided financial support for the construction of the hospital building.

The ceremony was attended by various high-level dignitaries including UNDP's deputy country director for Nepal, mayor of Bidur Municipality, chief district officer, medical superintendent and chairman of the hospital.

The hospital was built under the project "Post-disaster Health Service Recovery Program in Nuwakot District" worth US$ 8.6 million supported by South Korea. The government of Nepal and South Korea had signed a memorandum of understanding in 2016 to undertake the project. As per the MoU, KOICA will help construct a 50-bed building for Trisuli Hospital and 10 health posts in villages of Nuwakot.

Apart from the post-disaster reconstruction program in Nuwakot, KOICA has been supporting in the areas of health, education and agriculture and capacity building of human resources.

Quake survivors to get third installment for building construction

KATHMANDU, Oct. 9: The quake affected people eligible to get the second installment of amount to rebuild their houses would... Read More...