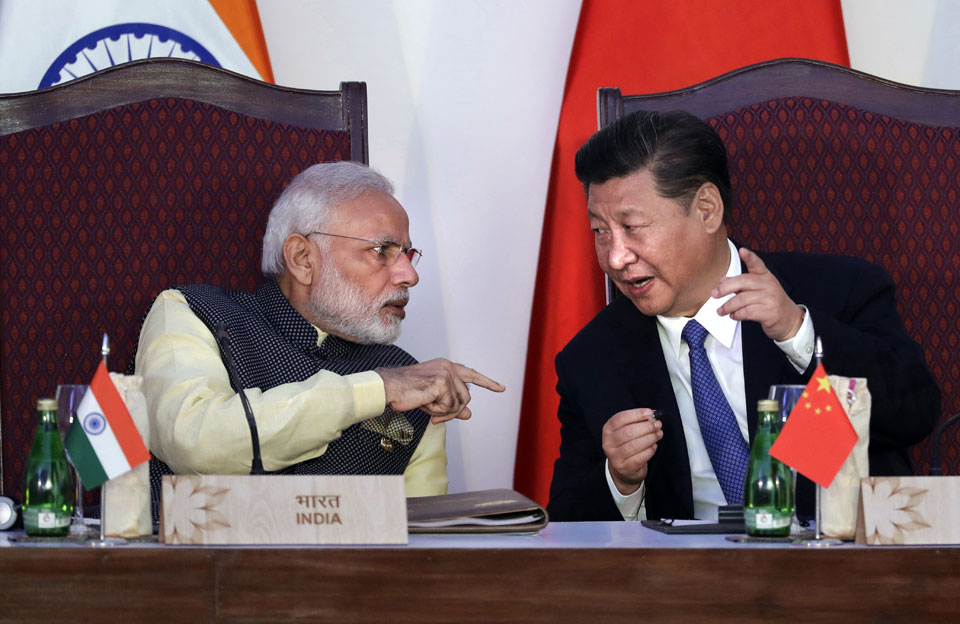 “This year, under the guidance of our leaders, the China-India relationship has realized good development and shown a positive momentum,” Wang said.

Both countries must now work hard to ensure the leaders’ meeting becomes a “new milestone” in ties, Wang added, according to China’s Foreign Ministry.

Going forward, China and India should also deepen their cooperation and appropriately handle differences, he added.

Modi has sought to re-set ties after disputes over issues including their disputed border with Tibet and other issues.

The Asian giants were locked in a 73-day military stand-off in a remote, high-altitude stretch of that boundary last year. At one point, soldiers from the two sides threw stones and punches.

The confrontation between the nuclear-armed powers in the Himalayas underscored Indian alarm at China’s expanding security and economic links in South Asia.

China’s ambitious Belt and Road initiative of transport and energy links bypass India, apart from a corner of the disputed Kashmir region, also claimed by Pakistan, but involves India’s neighbors Sri Lanka, Nepal and the Maldives.Modi’s previously unannounced Wuhan trip is even more unusual in that he will visit China again in June for a summit in Qingdao of the China and Russia-led security grouping, the Shanghai Cooperation Organisation, which India joined last year.

It is almost unheard of for foreign leaders to visit China twice in such close succession. Xi is also extending Modi the rare honor of a meeting outside of Beijing, which almost never happens unless there is a multilateral summit taking place.

Modi’s nationalist government has reversed course on its relationship with Beijing apparently after realizing its hard line on China was not working.

Exiled Tibetan spiritual leader the Dalai Lama, who lives in India and who China considers a dangerous separatist, is also facing the cold shoulder.

In March, India issued an unprecedented ban on Tibetans holding a rally with the Dalai Lama in New Delhi to mark the 60th anniversary of the start of the failed uprising against Chinese rule.

Other areas of disagreement remain however between Beijing and New Delhi.

China has blocked India’s membership of a nuclear cartel and it has also been blocking U.N. sanctions against a Pakistan-based militant leader blamed for attacks on India.