Egg price up by Re 1 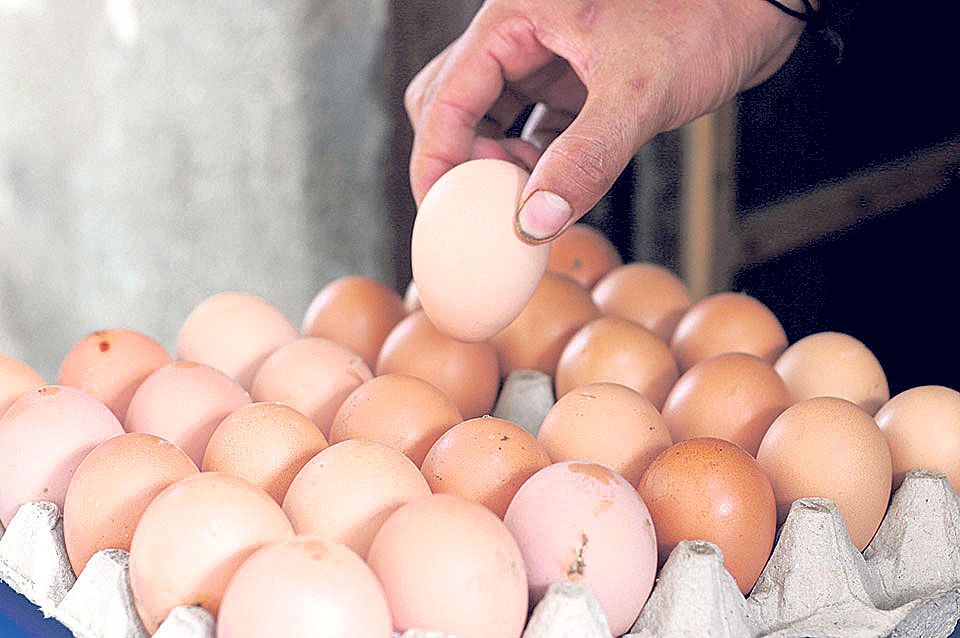 KATHMANDU, April 22: Egg producers have hiked the price of eggs by one rupee per unit.  The unit price of egg in the Nepali market has now been set to Rs 13 while that for a crate with 30 eggs hovers between Rs 370 and Rs 380 among retailers in Kathmandu.

The reason behind the price hike is the outbreak of a disease that has left thousands of layer hens dead.

“The price of eggs in the market has increased by one rupee since the past few days. While the cost of an egg is Rs 13, that for a crate is Rs 370,” said Keshav Parajuli, a local grocer at Sundhara, Kathmandu. “We have been hearing news of death of chickens in southern Nepal. This could be the reason behind the slight hike in egg prices in Kathmandu.”

“The demand of eggs in the market is high, whereas the poultry farms across the country have not been able to meet this demand due to short supply of eggs, owing to a number of different reasons,” said Prabin KC, executive member of Nepal Egg Producers Association (NEPA).

“The association has set the price of eggs at Rs 13 per unit in the market. There has been a fall in production of eggs and this is because layer hens have been dying at this time due to certain diseases such as Low Pathogenic Avian Influenza (LPAI),” added KC.

Egg, which has rich nutritional value, usually goes in short supply as the summer months approach. According to KC, along the with the rise in temperature, hens are susceptible to viruses and flues that cause them to consume less grain, produce less eggs and in turn, the egg price goes up as death toll in hatcheries and poultry farms tower during this time of the year.

While the price of eggs has currently soared, it is not the highest recorded price in the market. The unit price of egg was Rs 15 before mid-February this year. Due to a surge in production, the price had gone down to Rs 12 per unit in mid-February.