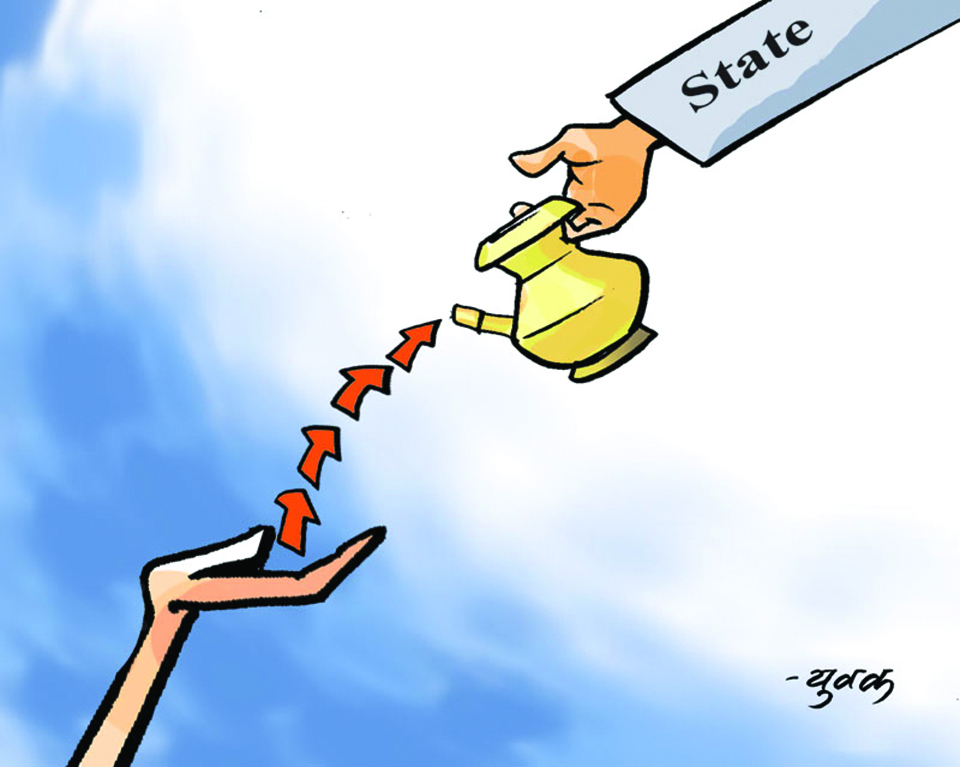 In Nepal, nobody wants to take responsibility for the injustice perpetrated in the name of caste and gender in the past

Few days back, I used a term card of Dalit to express my feeling of discrimination and frustration and the so-called upper caste folks told me how easily Dalits play their Dalit card. The term “Dalit card” means a political identity given to Dalit community for social inclusion in state structure without any discrimination. There are players in the society who always try to dominate and manipulate state resources, public and private though the new constitution has the provision for elimination of untouchability that has facilitated Dalits’ entry in opportunity structures like politics, scholarship, bureaucracy and others which provided access to key spaces denied to Dalits for ages.

State mechanism and donor agencies, including INGOs, are advocating for social inclusion and equal treatment but in reality nothing has changed on the ground. Readers may argue that there are Dalit ministers, and some Dalits are in higher position in state mechanism. But this actually looks like a blessing bestowed to Dalits by called upper caste political party leaders.

Of course, Dalit minister and bureaucrats are independent to make their decisions. But in truth they have to take permission from the so-called upper caste people at the higher postion. This includes president, prime minister, heads of political parties, security bodies, private companies, banks and financial institutions, schools, colleges, universities, media houses, I/NGOs and many more. Virtually every institution is headed by upper caste people.

Many international donor agencies, bilateral agencies and INGOs are working in Nepal, but the top positions in these agencies are often secured for foreigners. In local agencies too, upper caste people occupy most of higher positions. Take an example of the Asian Development Bank, Residential Mission in Nepal. ADB is advocating social inclusion and social justice in every project, but they have no Dalit staff in their office.

In his documentary Where to Invade Next Michael Moore mentions how Germans are educating their children. He shows Germans are educating their children about the atrocity of Hitler and his discrimination against Jews in school curriculum. New generations of German are taught to realize how their forefathers failed to address equality. This could be one of the reasons why Germany is very welcoming towards immigrants and non-Germans.

In Nepal, nobody wants to take responsibility for the injustice perpetrated in the name of caste and gender in the past.

Dalits are very distinct social groups in Hindu society. They are the victims of social disabilities and oppression. Dalits are religiously, culturally, socially, economically and historically oppressed, excluded people treated as untouchables.

It can be argued that all men are not equal in all terms. Some possess better intellect and physical powers than others. But we are not talking about this kind of inequality here. We are talking about discrimination based on race, caste, gender and sexual orientation. These are the man-made inequalities which segregate individuals.

Earlier Dalit implied an underprivileged condition, deprivation of basic rights of people who are suppressed on account of their birth in ‘untouchable’ caste. The meaning has shifted through a process of social creativity. Now, the term Dalit does not merely express identity, it conveys the aspirations and struggle for change and revolution.

In social psychological terms, Dalit is now a politicized collective identity. Dalit is not caste groups, but a politically coined word used to refer to socially backward community people in Nepal.

They have been discriminated on the ground of low caste for centuries. Untouchability has created a big hurdle for Dalits to go ahead.

According to 2011 census data, Dalits constitute 13.6 percent of the total population but Dalit organizations say this number could be above 20 percent or as many as five million people.

This is because some Dalits do not want to retain Dalit surname because they fear that it does not give them opportunity and respect in the society. There are many Dalit educated people and they are capable of holding executive posts based on their educational background. They are lagging behind because most positions are already occupied by upper caste group.

This fear held me back from appearing in Public Service Commission exams. I always had a doubt that I won’t be selected. It is a bitter reality that despite a sea change in country ’s political sphere, the government has not been able to instill new hopes in Dalits.

There are many cases in which upper caste candidates have found multiple opportunities simply because their forefathers, fathers and relatives were in powerful positions. They got opportunity to study abroad and secure the best positions in the best places on the same account.

We are in the 21st century, but caste-based discrimination is still prevailing in Nepal. This is a great shame and irony of republic Nepal.

The author is sociologist by profession

Here comes one of the most awaited movies. Not only in Europe or Asia but this movie ‘Avengers: End game’... Read More...

After hits like ‘Hostel’, ‘Jerry’ and ‘Gajalu’, Director Hem Raj BC's fifth venture ‘Gangster Blues’ will be in the theatres... Read More...

Story of Street Children Baba! Why have you left me in these streets? It’s so lonely, dark and wild ... Read More...