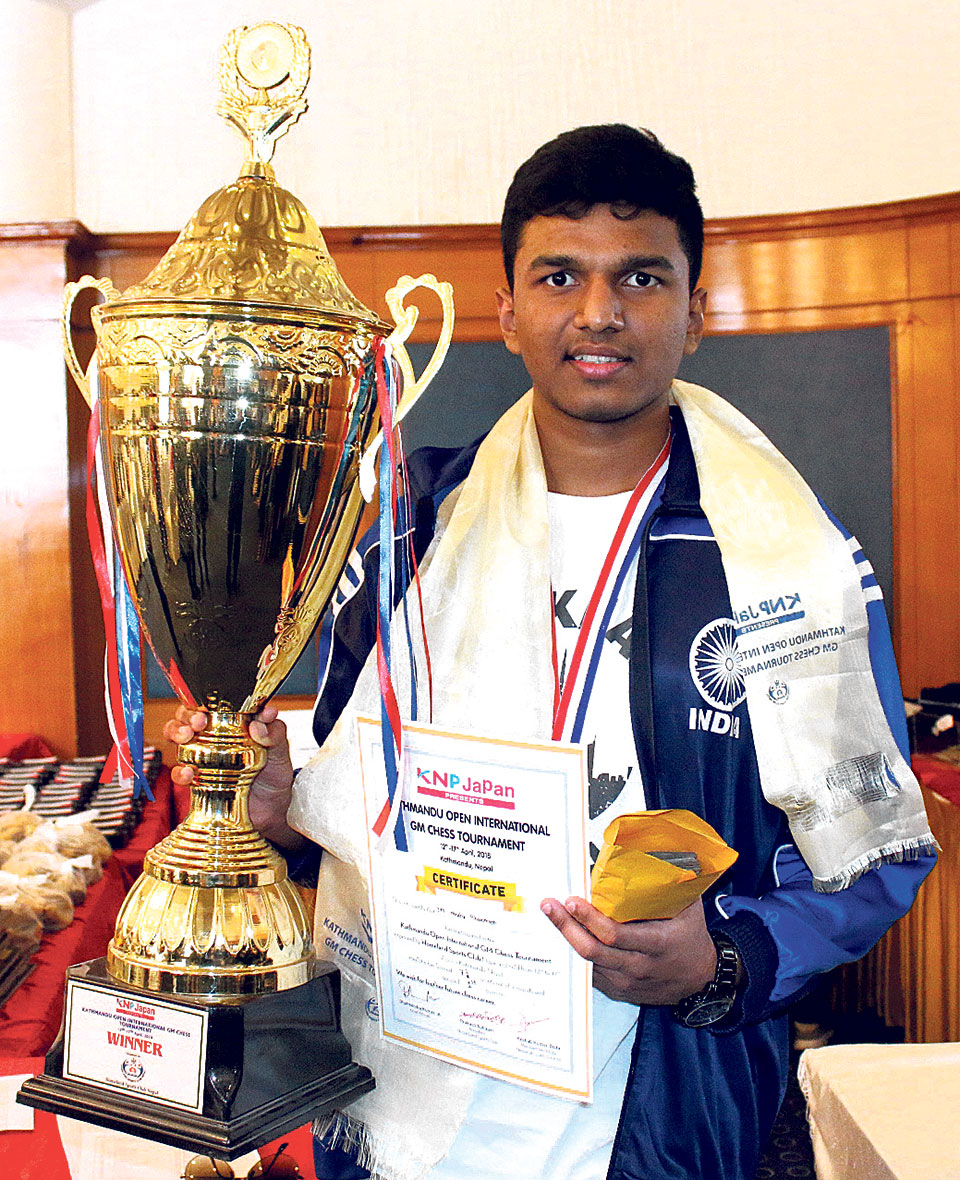 Bharathakothi won the title with a 7.5 points difference as he drew with Azerbaijan’s 2504-rated grandmaster Mirjorv Azar at the end of the ninth round of matches.

With the win, Bharathakothi took home Rs 200,000. In the five-day tournament, Bharathakothi won six games, while he shared points in three matches. Azar won five and drew four and was rewarded with Rs 120,000. He had seven points.  Ukraine’s 2549-rated grandmaster Tarlev Constantine became third with seven points but came behind Azar on tiebreak rule. He received Rs 80,000. Tarlev drew with India’s 2413-rated international master Himal Gosain in the ninth round.