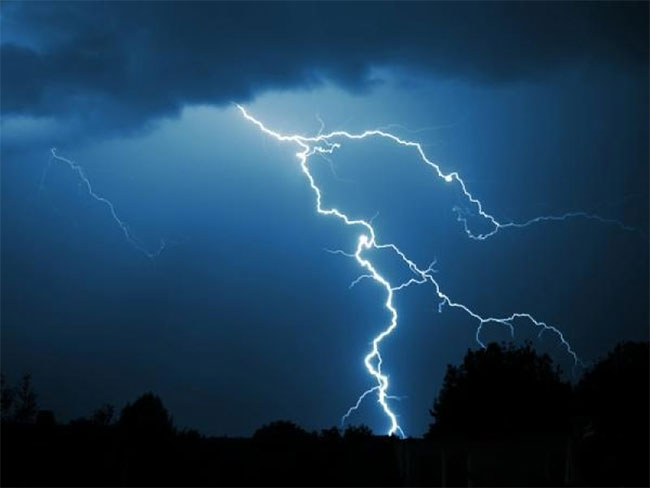 KATHMANDU, Oct 4: Four persons were killed by lightning in separate parts of the country on Monday.

According to police, Dhankala Khadka, 60, of Narikot-7 and Bina GC, 26, of Badikot-7, Mulpani of Pyuthan district were killed by lightning. They were seriously injured in the lightning and breathed their last while undergoing treatment at Pyuthan District Hospital, Bijuwar.

Police said that Madhu Thapa, 25, and Akash Thapa, 14, were injured in the incident.

Similarly, Nirmala Khadka, 13, died after being hit by the thunderbolt in Tilanla-2 in Solukhumbu district. Sovit Maya Khadka, 45, and Tola Khadka, 23, were injured in the incident, according to police.  They are receiving treatment at Phalfu Hospital.

One killed by lightning strike

DANG, Sept 13: A man was killed and other two were injured when lightning struck the house of a local... Read More...

Teenager scooter rider killed after being hit by van

RATNAGAR, April 22:  A 19-year-old woman, who was critically injured in a van-hit incident in Narayangadh at Chitwan district on Saturday... Read More...

Motorcyclist killed after getting struck by truck

RATNANAGAR (Chitwan), Dec 21: A motorcyclist was killed after getting rammed by a truck at Shanti Chowk of Ratnanagar Municipality... Read More...