4 killed in crash of air-ambulance flight 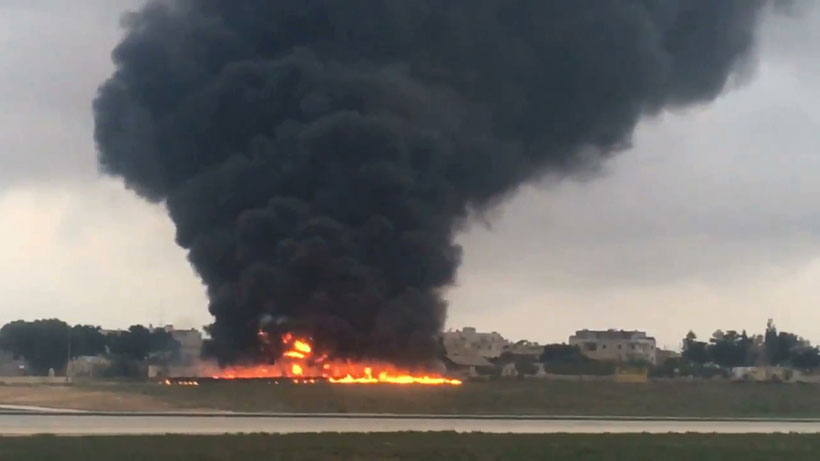 ELKO, Nev. Nob 22:  An air-ambulance plane taking a heart-disease patient to a Utah hospital crashed in a parking lot in northern Nevada, killing all four people aboard and sending up explosions and flames.

Three crew members and a patient were killed in the Friday night crash in Elko, American Medflight said Saturday in a statement.

The victims were pilot Yuji Irie; medical staff members Jake Sheppard of Utah and Tiffany Urresti, 29, of Elko; and patient Edward Clohesey of Spring Creek, Nevada, Elko Police Chief Brian Reed said. Reed did not have ages or hometown information for Irie and Sheppard. He did not have an age for Clohesey.

Urresti was a volunteer firefighter in Elko, the chief said. Her death "hit pretty close to home," he said.

Clohesey was being taken by American Medflight from Elko to the University of Utah Medical Center in Salt Lake City, Reed said.

Elko police Lt. Rich Genseal said the twin-engine plane apparently "experienced mechanical problems" as it was climbing after taking off on the 230-mile flight to Salt Lake City, then lost altitude and crashed, the Elko Daily Free Press (https://goo.gl/IPmcIu ) reported.

The twin-engine plane crashed in a mining company's parking lot near a casino and other businesses near Elko Regional Airport and Interstate 80.

American Medflight, which is based in Reno, Nevada, did not immediately respond to email and telephone requests for comment. But President John Burruel said in a statement that the company was cooperating with the National Transportation Safety Board and the Federal Aviation Administration as they investigated the crash.

"As an air medical family, we are mourning the loss of our crewmembers and patient. Their families have been notified, and they are in our thoughts and prayers," Burruel said.

Tiffany Urresti's parents, Debbi and Jim Urresti of Elko, said she was a former hospital ER nurse who dreamed for years of working as a flight nurse.

Urresti achieved her dream, starting work for American Medflight two months ago, and she was engaged to be married in May, Debbi Urresti said. "She found the love of her life."

Local authorities did not immediately respond to email and phone requests for comment, but Federal Aviation Administration spokesman Allen Kenitzer said nobody on the ground was hurt.

"There was not a lot left of the aircraft," Elko Fire Chief Matt Griego said after the flames were extinguished.

A photograph published by the Elko Daily Free Press (https://goo.gl/15cSe3 ) showed mostly burned wreckage on pavement in front of a line of vehicles, including at least one charred pickup. The plane's tail was one of the few recognizable parts.

Hillary Walker, a manager at a grocery store about 200 yards from the crash, told the Las Vegas Review Journal (https://goo.gl/u4DxT7 ) that the crash caused parked vehicles to catch fire and then dozens of rounds of ammunition to go off.

Walker noted that said a number of vehicles in the parking lot for mine workers likely had ammunition in them. "It's hunting season out here," she said.

Dr. Rodney Badger of Northeastern Nevada Cardiology told the Daily Free Press that the plane had just taken off from the nearby airport to transport a patient to the University of Utah Medical Center.

Badger said his patient suffered from coronary artery disease and was experiencing chest pains and rapid heartbeat around 5:30 p.m., after which the decision was made to transport him to Utah.