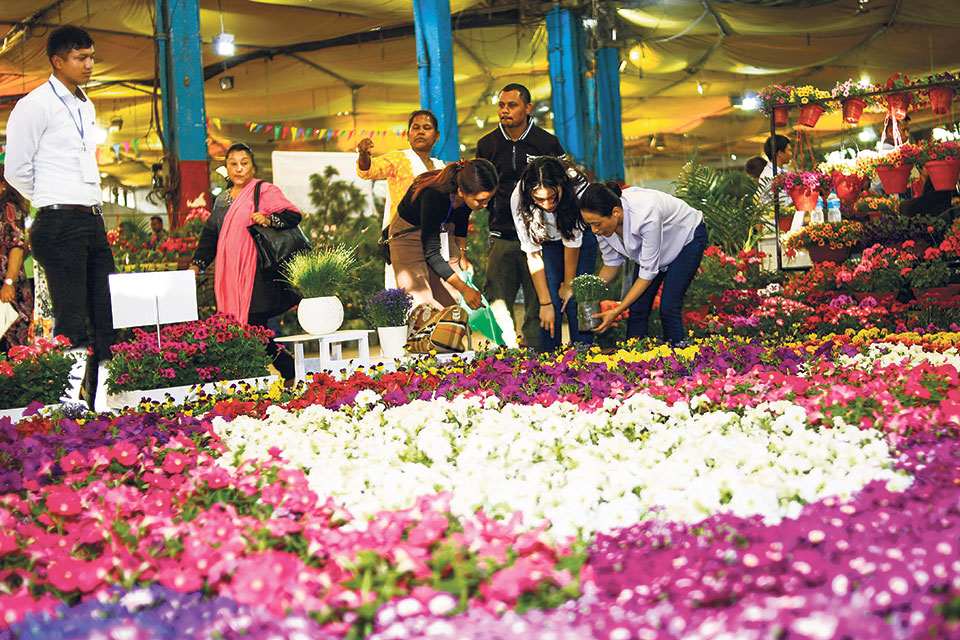 KATHMANDU, April 14: Flora Expo 2018 has kicked off in Kathmandu. The 21st edition of the expo, organized by Floriculture Association Nepal (FAN), will exhibit an extensive range of floral species until its fourth and final day on Monday. The expo is running with the theme: 'Clean Environment and Economic Prosperity through Floriculture.'

The expo was inaugurated by the Minister for Agriculture Development, Land Management and Cooperatives, Chakra Pani Khanal.

Speaking at the inaugural event of the expo, Kishore Kumar Pradhan, vice president of the Federation of Nepalese Chambers of Commerce and Industries (FNCCI), stated that with the country being led by a stable government, an agricultural revolution is in order.

"The agro sector is the one and only field where immediate results can be expected. When we invest in industry, tourism, hydro electricity or any other sectors, it takes years or in some cases, even decades before we can expect a yield. However, it is just a matter of months before we can make use of the products when it comes to agriculture," said Pradhan.

"It is very hard to find a suitable piece of land where we can start a floriculture business and even if we do, one must break the bank to acquire it. Thus we have to emphasize on 'contract farming' so that we can accumulate required amount of land so that it could be leased to aspiring agro entrepreneurs," he added. "This way, firstly, it will allow farmers access to their desired amount of land and next, as tax evasion has been a major problem as of now, given that this system is under government supervision, the problem of tax evasion can be solved."

Also speaking on the occasion, Rameshwor Phuyal, provincial assembly member from Kathmandu, emphasized on the need to give equal respect to the works of people, whether they do physical labor or intellectual.

Meanwhile, Minister Khanal stressed on the need of Nepali florists and flower entrepreneurs to learn from other nations such as the Netherlands where a bulk of its GDP is generated from tulip farms alone. Speaking with Republica, he stated: "Although we have not discussed much about the field of floriculture, I believe it is important to introduce a package to maximize production and give access to these products to national and international markets."

"Floriculture is a field with great potential if we could harness this by exporting flowers to other countries. To meet the demand of flowers in Nepal, we should make use of modern technology and simple mechanisms such as green houses," the minister added. "Likewise, those flowers not available in the hills during winter may be produced in the tarai to meet the demand."

According to Khanal, the floriculture sector of Nepal could be termed as 'preliminary' at the moment, but the country is slowly moving toward being self sufficient in production of flower.
The expo was initially launched in 1994. The expo features 82 stalls including 65 professional stalls and the rest official and landscaping stalls. They feature a staggering 450 species of flowers from all seven provinces of the country. 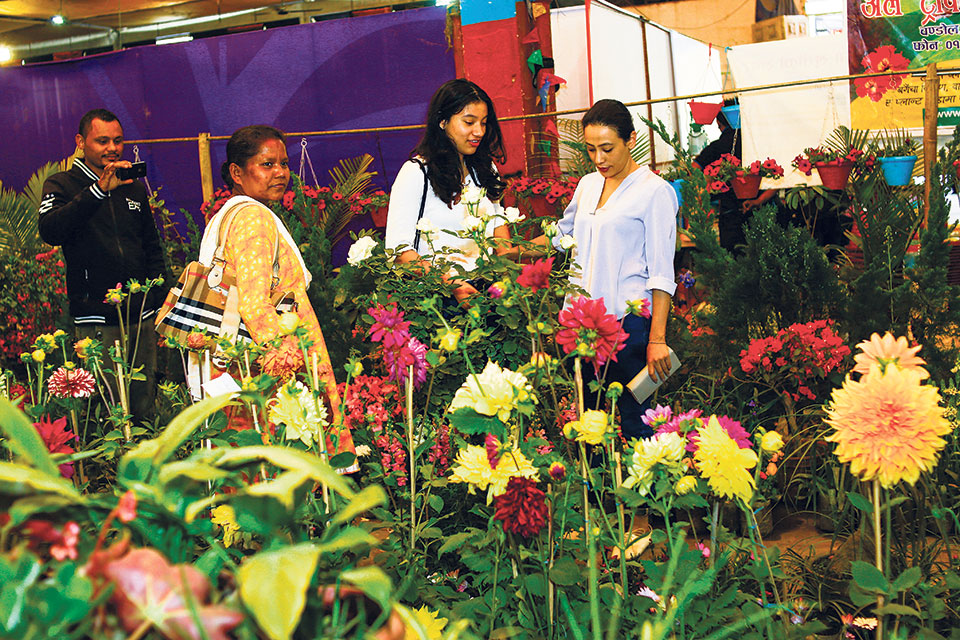 Prime minister urges realtors to base businesses in provinces rather than the center ... Read More...

Flora Expo kicks off in capital

KATHMANDU, March 31: The 3rd edition of the International Flora Expo kicked off in Bhrikuti Mandap, Kathmandu, on Thursday. ... Read More...

Federal Democratic Republic came through the sacrifices of martyrs: PM Dahal
2 minutes ago