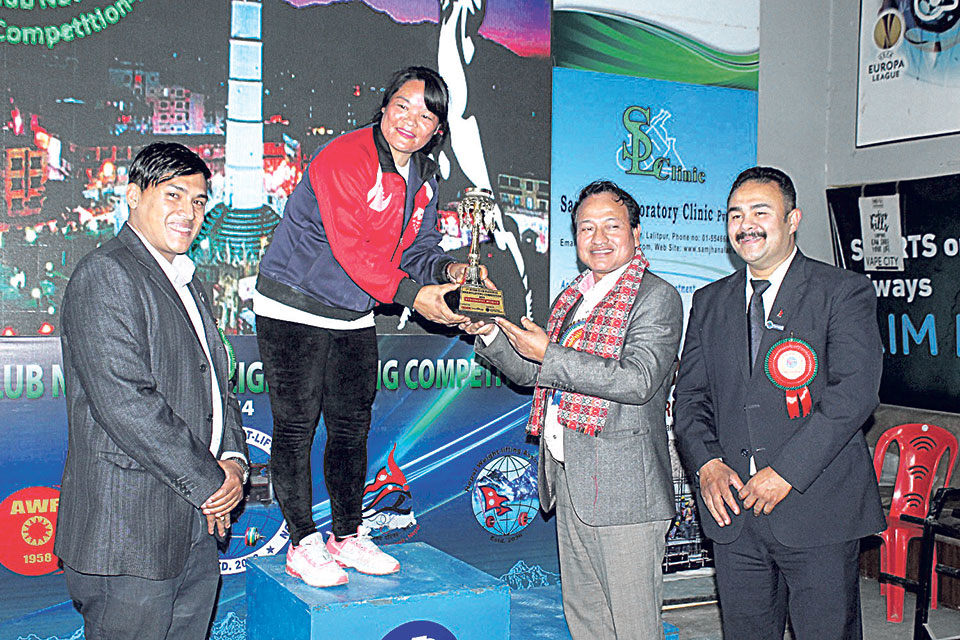 KATHMANDU, April 13: The departmental team Nepal Police Club’s Tara Devi Pun has bettered her own national record in 75 kg weight category in the first Inter-club National Weightlifting Tournament on Thursday. She improved her record in snatch, clean and jerk and total categories.

Similarly, in men’s over 105 kg weight category, Army’s Pukar Gurung improved his own national record by lifting 127 kg in snatch. His previous record was of 126 kg which was set in the third FAJR Cup Invitational Weightlifting Championship last year.

Gold price decreases by Rs 1,100 per tola
6 minutes ago