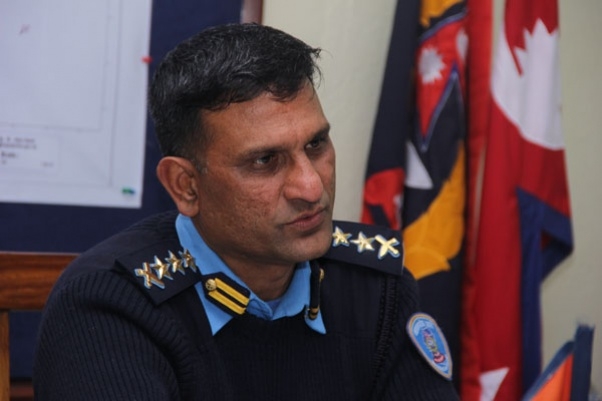 Kharel was one of the aspirants for the post of Inspector General of Police (IGP) along with Khanal and DIG Pushkar Karki. Home Minister Ram Bahadur Thapa approved Kharel's resignation on the same day, said spokesperson of the ministry Ram Krishna Subedi.

Kharel, however, mentioned personal reason for resigning. But according to his close aides, Kharel decided to tender his resignation 10 months before his retirement expressing displeasure against the decision of the government to pick Khanal as police chief.

IGP Khanal had reportedly requested Kharel not to quit the service on Wednesday morning. In response, Kharel congratulated the newly appointed IGP and said that he was not going to backtrack from his decision, sources privy to the development told Republica.

The government had decided to appoint Khanal as police chief since was in top in the hierarchy among the aspiring DIGs. Kharel, who joined Nepal Police in 1989 as a volleyball player, became an inspector along with IGP Khanal in 1990.  Kharel was a popular officer among the police circle and the public taking strong action to curb hooliganism in major cities like Birgunj, Pokhara and Kathmandu.

Kharel has accused the government of not making proper evaluation while picking the new IGP. Earlier, DIG Nawaraj Silwal had joined politics after quitting the police force following the government's decision to pick another officer from his batch as the chief of the 72,000-strong force. Silwal emerged victorious in the parliamentary election from Lalitpur district in late 2017.

Khanal, Karki and Kharel were believed to be equally strong candidates for the post of police chief. Chairman of the major ruling coalition partner CPN (Maoist Center), Pushpa Kamal Dahal, had mounted pressure on Prime Minister KP Oli for appointing Khanal as IGP, said sources. Though President Bidya Bhandari had favored Karki as the new IGP, the government decided to pick Khanal to the post on Tuesday.