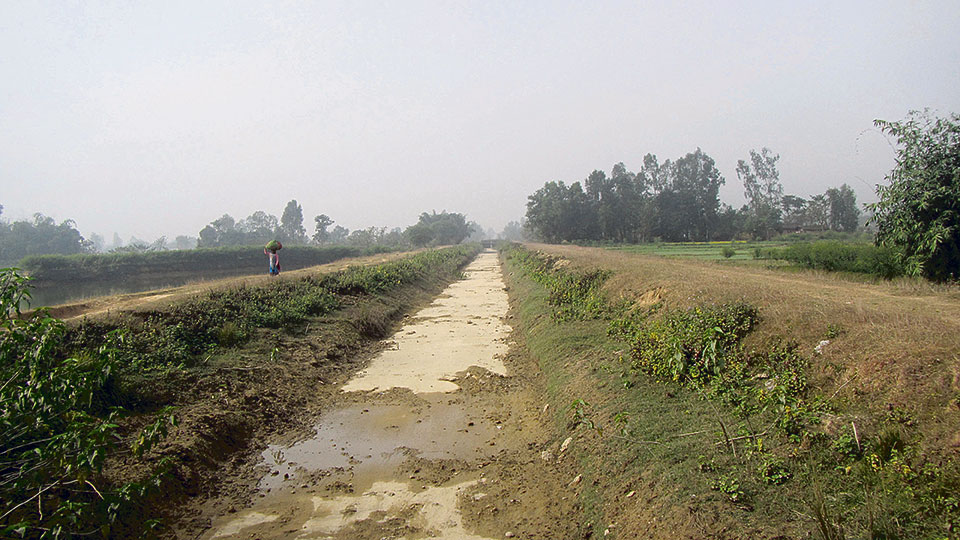 BARDIYA, April 26: Irregularities in valuation of land to be acquired for the Babai Irrigation Project have surfaced.

The locals have demanded that the project office revisit its decision and re-evaluate the land.
Construction work, which has picked pace lately, came to a halt due to differences between project officials and locals over land valuation.

“We have urged the project office to reconsider land valuation. If the decision is not reviewed, it will affect many people like us,” Om Nepali, a local of the area, told Republica.

Chief District officer of Bardiya, Narayan Bhattarai, also said that dispute between the project and locals due to compensation issue has reached a boiling point. “We have duly reported the issue to the Ministry of Home Affairs, stating that compensation distribution is not fair,” Bhattarai said, adding: “We will take further action only after hearing from the ministry.”

The project has started acquiring land blocks between Hulaki Highway of Madhuban Municipality to Parvatariya Temple of Gulariya Municipality. The project had set aside Rs 160 million for providing compensation to land owners in this section.

“Many people in our locality have fragmented their land to prepare several 'residential plots', to get more compensation,” a local said. “Plotting of land is gaining pace here following rumors that plotted land will get higher compensation.”

Kunjan Bhakta Shrestha, chief of the project, said that land valuation was done as per the Land Acquisition Act. “Some people have complained, saying that they were offered lower price compared to others. How can the valuation done in the presence of people's representatives go wrong?” he questioned.

The project will provide irrigation facility to 40,000 hectares of land in southern Nepal.

Compensation determined for land to be inundated by Budhigandaki project dam

GORKHA, Nov 25: The compensation for the land to be inundated after the reservoir of the Budhigandaki Hydroelectricity Project in... Read More...