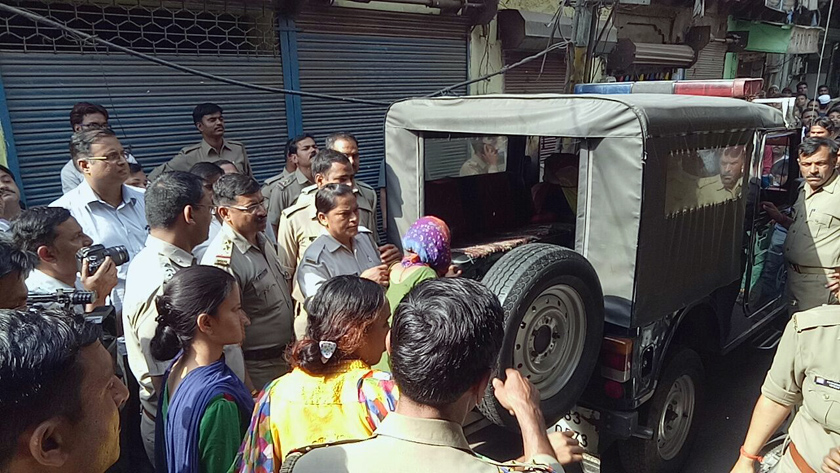 NEPALGUNJ, April 10: Maiti Nepal, with the help of Indian police, recently rescued nine women including five Nepalis from a brothel in Kashmiri Bazar of Agra, India. The other four rescued women are Indians. The victims were rescued on April 4 and are between 17 to 24 years of age.
The rescued Nepalis (names changed) are Karishma, 17, of Nuwakot, Sita, 18, of Sindhupalchowk, Sarasawati, 18, from Nuwakot, Rita, 22, of Dhading and Harimaya, 24, of Sindhupalchowk. Battered and bruised from the hellish experience, their situation is very much pitiful.

Each of the victims has a different story to tell. Some were sold in brothel by their lover while others were deceived into trafficking through promise of employment, according to Keshav Koirala, chief of Nepalgunj-based Maiti Nepal that was involved in the rescue effort.

Karishma, Sita, Saraswati and Harimaya were sold by agents who pretended to have fallen in love with them. All of them were separately taken to India for 'tour' two years ago and were sold in the brothel. On the other hand, Rita revealed that a woman from her village had persuaded her to work in India and sold her to the brothel where she spent four years.

“The traffickers enticed them with some promises, took them to India and sold them,” said Koirala.
Two months ago, Maiti Nepal received information of Nepali women being forcibly exploited into prostitution in a popular brothel in the Kashmiri Bazar. “After receiving the information, we began investigation into the matter and prepared plans to raid the brothel with the help of police. It wasn't easy to get the help of police in a foreign country,” said Koirala.

He informed that they had to lobby with high level police officer of India to instruct the local police to raid the place. “It was a long and arduous process to execute the plan,” shared Koirala.

According to him, the brothel, which was operated by Priya Dip, has been sealed while the operator was also taken into police custody. The victims were taken to an India-based rehabilitation center named “Nari Niketan”. As the case was filed against the operator, Nepali victims had to stay in the center until the court's date of testimony.

Despite forcing the victims in sexual activities with clients, the brothel operator did not pay them, it has been revealed. Only little food and make-up kits were made available to them, that too only if they bring good income to the owner.

According to Maiti Nepal, trafficking of young women and girls takes place from border of Nepalgunj, Raxual, Sunauli, Mahendranagar, Paliya and other illegal routes of the surrounding areas.