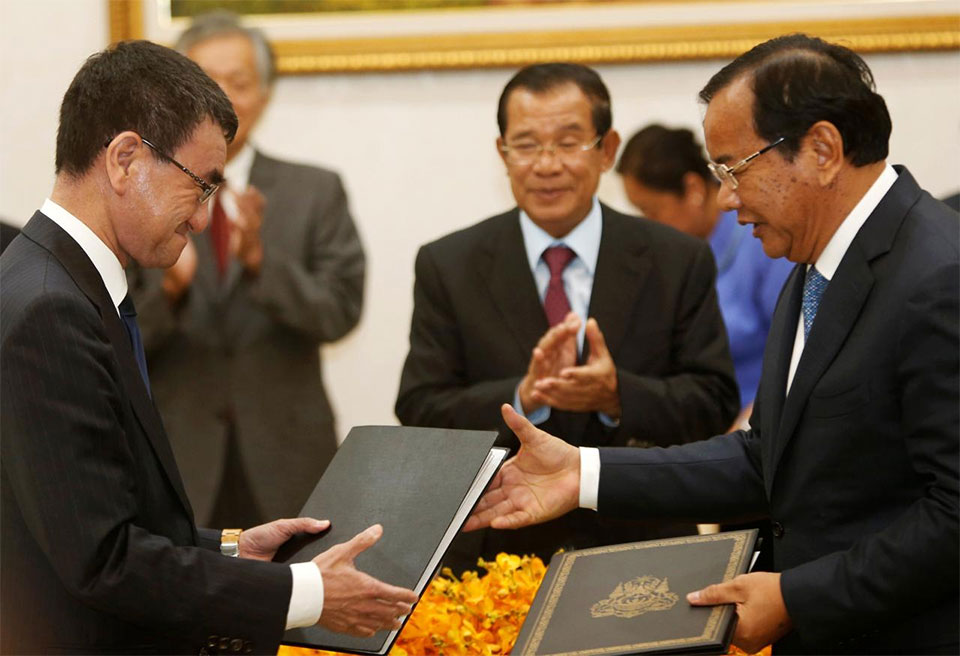 PHNOM PENH, April 8: Japan signed a grant and loan agreement with Cambodia on Sunday totalling over $90 million, despite concerns from the international community over Prime Minister Hun Sen’s crackdown on government critics ahead of a July general election.

The main opposition Cambodia National Rescue Party (CNRP) was dissolved in November at the request of the government, prompting some Western countries to condemn the crackdown, cut aid, and impose visa bans on some ruling party members.

Rights groups and members of the opposition have urged Tokyo to take a stronger stance against Hun Sen, but Japan has said it would continue to provide election support and would not interfere in what it said were Cambodia’s internal affairs.

Hun Sen praised Japan for its financial assistance on Sunday, but lashed out at critics.

“While Japan, a friend, is providing assistance to Cambodia, some bad people can poison the news as bad as they did,” Hun Sen said on his Facebook page.

Japan to provide Rs 356 million for food assistance in Nepal

KATHMANDU, Nov 20: The government of Japan has agreed to provide grant assistance of 350 million Yen equivalent to about... Read More...

Bowing to the pressure of private sector, govt decides lifting ban on imports of luxury goods
20 hours ago

Let's work together to form a new govt: MP Thapa
1 hour ago

Fertilizers will be provided to farmers: MP Dong
1 hour ago
Legal practitioners stage sit-in at the main gate of SC to bar suspended CJ Rana from resuming office
1 hour ago