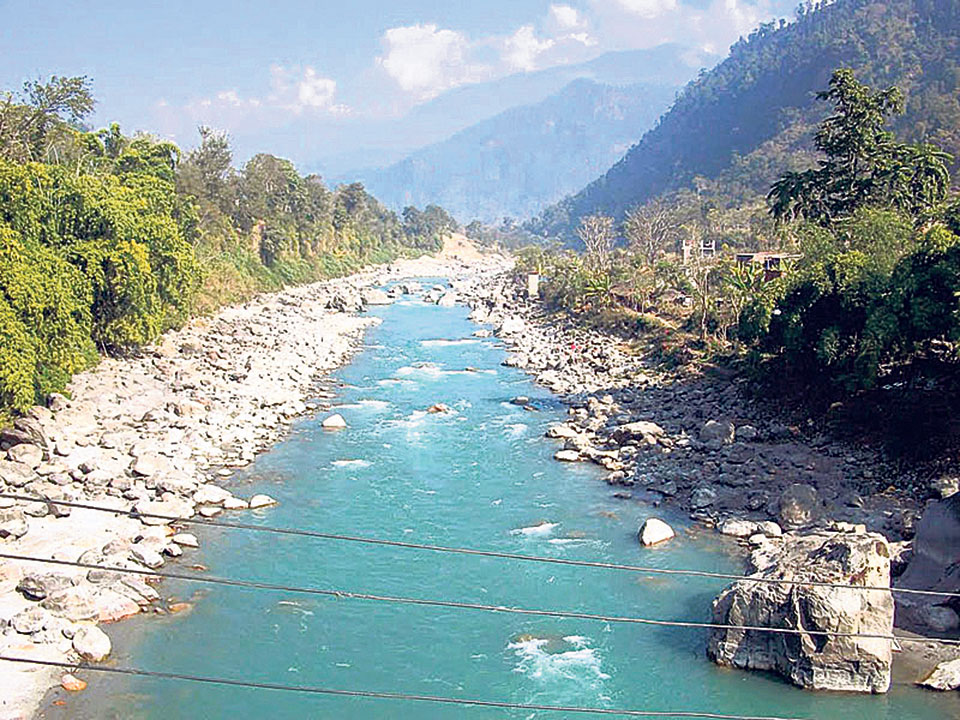 KATHMANDU, March 31: Prime Minister K P Oli had once indicated that under his premiership the decision of the previous government to cancel the license of China Gezhouba Group Corporation to construct the Budhi Gandaki Hydropower Plant would be revised.

During an economic debate held by the Federation of Nepalese Chambers of Commerce and Industries (FNCCI) in November 2017, he had criticized the Nepali Congress-led government stating: "This government is going to remain in place for only one more month and its mandate is to hold elections. It made the decision to first award the project and later scrap the contract."
He further added: "The next government will correct any unauthorized decision taken by this government."

However, even 45 days after the government took office, nothing has moved. During a meeting with the Budi Gandaki Stakeholder's Committee, Minister for Energy, Water Resources and Irrigation, Barsha man Pun, failed to explain to the locals how the project was to be constructed.
Speaking with Republica, coordinator of the committee Hare Ram Dhakal stated: "The minister did not know whether the project would be given to the same Chinese company or Nepal would build it on its own."

"Due to frequent change in government and subsequent changes in the policy, and lack of clear cut instructions on project construction, the ministry has not been able to do anything," he added.
"The minister stated that he had installed the development committee model of the project during his previous tenure as the minister for energy. However, the ministry has not been able to decipher what is best for the project."

"The locals have been insisting on constructing the project at the earliest, but the government has never heard our plea," Dhakal said.

Likewise, the cabinet's decision to provide Rs 94 billion to construct the project via viability fund gaping (VFG) has not yet been relayed to the Ministry of Energy, Water Resources and Irrigation for implementation.

According to Dhakal, this has not only stalled the development of the project, but has also hindered the rehabilitation of locals of the area. "Hundreds of households are yet to receive compensation for their lands and property even after years of waiting," said Dhakal.