With 5.1 pc people obese in Nepal, a big challenge looms 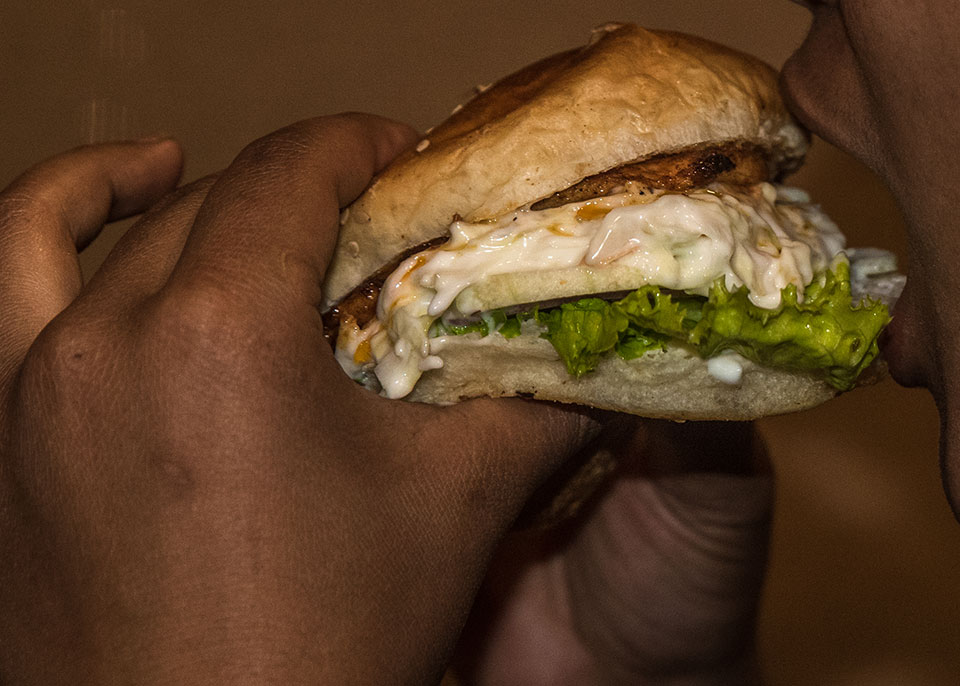 KATHMANDU, Mar 29: A fast food joint in New Road is one of Suman Gurung's favorite hangouts. One recent afternoon, the 18-year-old was munching a chicken burger with his usual company of five, who were likewise relishing their salad, fries, and sandwich with extra cheese topping.
“I love that extra cheese in my sandwich,” Ritesh Karki, a friend of Gurung, said with a smile as he turned to his food with obvious relish. The small eatery, popular among youths, was bustling with customers.

Fast food joints have recently cropped up in every nook and corner of the city. Business appears to be brisk, serving quick “western-style” food, which is a big attraction.

New Road area alone has over 200  fast food joints. For office workers and students, they are a good place to grab a quick bite. The trend also shows the changing eating habits of  Nepali people. But people seem to be oblivious to the health ramifications of fast food, which invariably means junk food.

Studies have shown that fast food and soft drinks are to blame for the global obesity and overweight problem. The global obesity trend has nearly tripled since 1975, according to the World Health Organisation fact sheet, 2018.

The CIA World Fact Book, 2016 shows that Nepal's obesity prevalence is 4.1 percent among the adult population.

“Our eating habits have drastically changed in recent years,” says Anjeel Chhettri, a resident doctor at Nepal Medical College. “And our lifestyle has become sedentary. As a result, there is a huge gap between calorie consumption and its spending.”

Although Asian countries have a lower prevalence of obesity, they are seeing an alarming increase in recent years due to economic growth, urbanization and cultural shifts in eating. Many low and middle-income countries are hence facing a double burden of disease--infectious diseases and malnutrition on one hand, and obesity and overweight on the other.

The global obesity report paints a bleak picture: more than 1.9 billion adults were reported to be overweight in 2016. And 650 million (13 percent) of them were found to be obese, which included 41 million children under the age of 5 and 340 million between 5-19 years. Overweight and obesity are leading risks of death globally. As many as 3.4 million adults die each year due to being overweight or obese.

Prithutam Bhattarai, a health researcher, says obesity (and overweight) was increasingly found in those between women and men of 30-49 years of age, largely due to an abnormal intake of junk food, alcohol consumption, and smoking.

But blaming fast food alone for rising obesity would be wrong. Our unhealthy lifestyles also lead to obesity.
Experts say as people consume more calories, they need to burn them off as well, for which physical activity is a must. People are too busy these days, with hardly any time for even light exercise.

Says Dhanu Gurung of Next Fitness, Lazimpat, “We have noticed an exceptional growth of overweight people in the last three years, who come here for shedding some pounds,”
Experts have a word of advice for youths: change eating habits and don't go for too much fast food.

Rising obesity cases among women is  also a concern. According to the Key Indicators Report of Demographic and Health Survey published last year by the Ministry of Health, 17 percent of the country's population was found to be overweight in 2016; a 6 percent increase from  2011. Of the national overweight population, 17 percent women were found to be overweight and 5 percent  obese. Nepal's national obesity increased from 2 percent in 2011 to 5.1 percent in 2016; or approximately 1.5 million people.

Global researchers and obesity experts have tried to understand why women outnumber men in obesity. “Females have always had more body fat than men and their rates of obesity have always increased a little faster than men's,” Scott Kahan, an obesity researcher at the National Center for Weight and Wellness in the US says, adding that women's bodies have evolved to store body fat.

“Menopause, pregnancy and even monthly hormone cycles have been linked with weight gain.”
Another contributing factor is household chores and work outside the home, Megan Williams Khmeley, an obesity specialist at the Elemental Weight Loss Clinic in Texas, states,. The net effect is stress, which is known to increase cortisol, which in turn can lead to  weight gain, especially weight around the midsection.And there is sleep debt.

Women are more likely to be sleep deprived, Khmeley says. "Women may need up to nine hours daily and most of us aren't getting it," she says. "Poor sleep affects the production of hormones like ghrelin that increase appetite. Additionally, fatigue can markedly affect self-control and the ability to make good health decisions."

With Nepali children and adults  putting on more pounds, obesity  is emerging as a weighty challenge, and it should not be taken lightly.