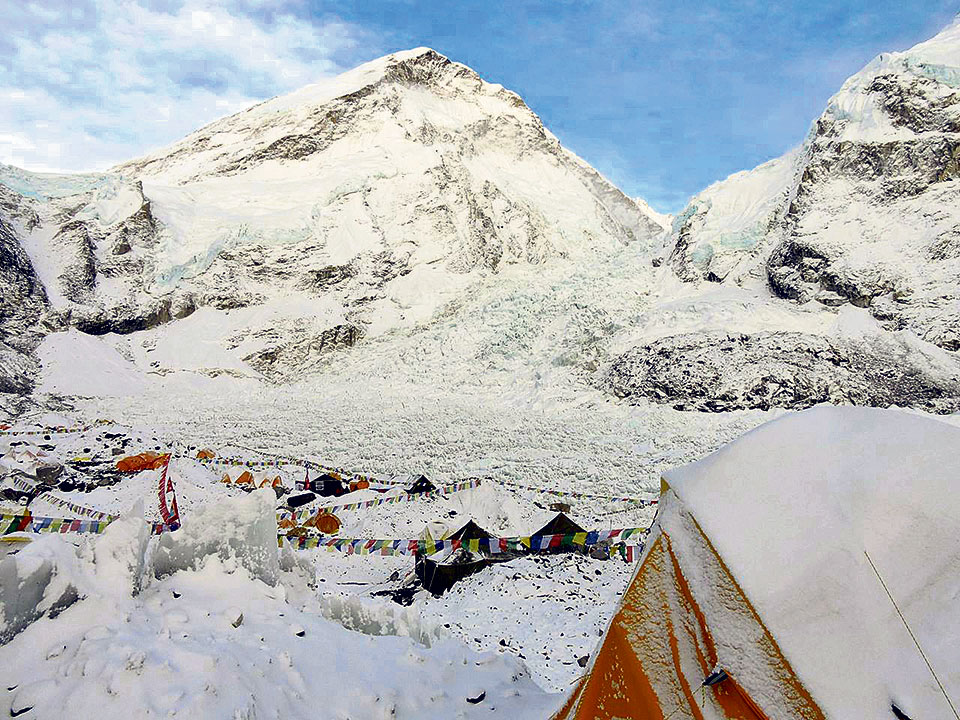 This picture taken last year shows tents pitched by Everest expedition teams at the Everest Base Camp. With the climbing season approaching, Nepali and foreign climbers have started heading for the base camp, which lies at the altitude of 5,364.

SOLUKHUMBU, March 30: With the mountaineering season approaching, Nepali and foreign climbers have started moving upward from Namche toward the Everest Base Camp, which lies at an altitude of 5,364 meters. So far, four groups have obtained permits for climbing Mt Everest, the highest peak of the world.

After necessary preparations, expedition teams have started reaching the Everest Base Camp. So far, 53 climbers from five different groups have obtained permission from Sagarmatha Pollution Control Committee (SPCC). Reportedly, four groups including 43 members will be climbing Mt Everest, informed Kapindra Rai, the chief of the SPCC and the rest will be climbing other mountains in the region.

Similarly, a team of 10 climbers have headed for the Everest Base Camp after obtaining permit for scaling Mt Lhotse. According to SPCC, no one has yet contacted them for climbing Mt Nuptse.

Before climbing high peaks such as Everest, Lhotse and Nuptse, climbers make necessary preparations by climbing smaller peaks. That makes them familiar with the altitude.

Caption: Tents set up in Everest Base camp for the climbers.

Kids trek to Everest base camp