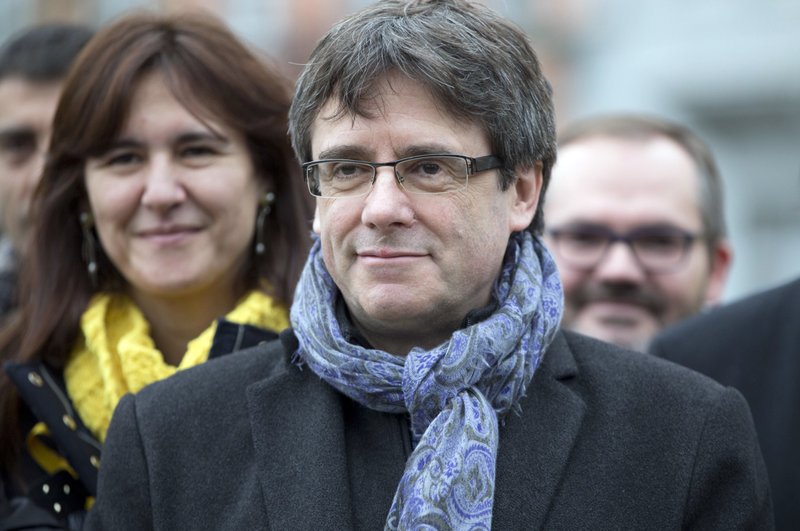 BARCELONA, March 25: Carles Puigdemont, the fugitive ex-leader of Catalonia and ardent separatist, was arrested Sunday by German police on an international warrant as he tried to enter the country from Denmark.

The Spanish government told The Associated Press it had received “official confirmation from German authorities of the arrest” of Puigdemont in response to the warrant issued by Spain’s Supreme Court.

Police in the northern German state of Schleswig-Holstein said highway police arrested Puigdemont on Sunday morning near the A7 highway that leads into Germany.

His lawyer, Jaume Alonso-Cuevillas, said Puigdemont was on his way back to Belgium where he has been staying since fleeing Spain following a failed bid by his regional government in October to declare independence from Spain.

A Spanish Supreme Court judge reactivated an international arrest warrant for Puigdemont on Friday when he was visiting Finland. Arrest warrants have also been issued for five other fugitive Catalan separatists.

Spain was plunged into its worst political crisis in three decades when Puigdemont’s government flouted a court ban and held an ad-hoc referendum on independence for the northeastern region in October.

The Catalan parliament’s subsequent declaration of independence received no international recognition and provoked a takeover by Spanish authorities that they say won’t be lifted until a new government that respects the Constitution is in place.

Spain had originally asked for Puigdemont’s extradition from Belgium after he moved to Brussels but later withdrew the request until a judge concluded his investigation this week.

In the meantime, Puigdemont was free to make trips to Denmark, Switzerland and Finland, as part of his effort to gain international support for the secessionist movement.

Puigdemont was also able to successfully run a campaign as the head of his “Together for Catalonia” bloc in a regional election in December in which separatist parties maintained their slim majority in Catalonia’s regional parliament.

He had wanted to be re-elected as Catalonia’s regional boss— albeit while remaining abroad to avoid arrest — but eventually was stopped by a Spanish court.

Separatists in Catalonia are currently trying to elect a leader for the regional government before a two-month time limit is up and new elections are called.