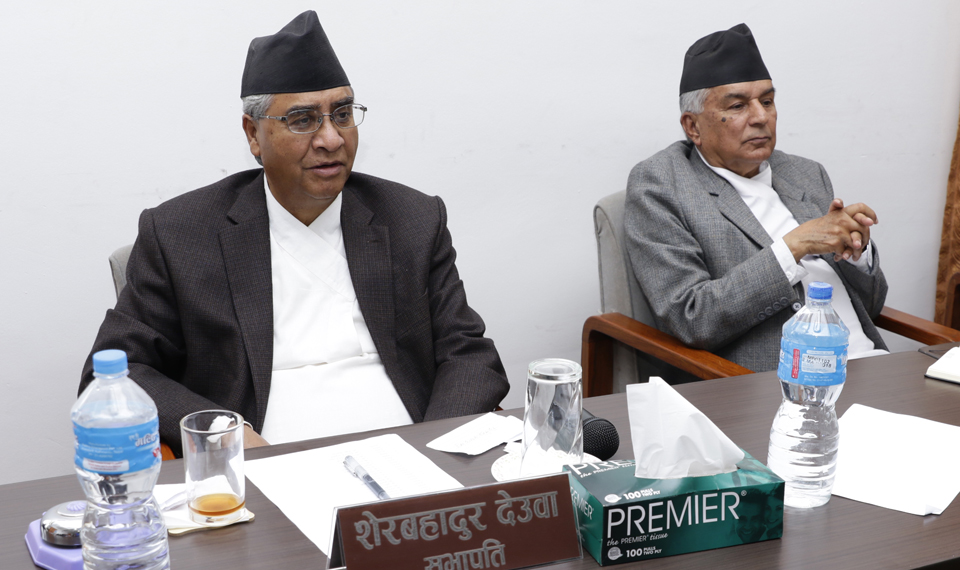 The meeting has been called to review the poll after three months of election results. However, party’s senior members have criticized party president Sher Bahadur Deuba for mismanagement of the party during the meeting.

The debate was raised after party president Deuba proposed senior leader Gopal Man Shrestha as the top senior member of the CWC members on Saturday.

Leader Singh questioned the rationale and moral ground behind party’s decision in his nine-page report tabled at the meeting. Leader Singh blamed the party leadership’s power-lust for its humiliating defeat in the elections.

Nepali Congress CWC member Narayan Prakash Saud, however, stated that leaders diverted agendas to discuss and instead of clashing for the position within the party. He said, “It is not a time to debate on the position, but to make party strong with solving internal clash and present as the strong opposition.

The party leaders had demanded a Mahasamiti or party General Convention at the earliest to review the party statute and leadership issues.

Following the humiliating defeat in federal, provincial and local level elections three months ago, the party is meeting to understand reasons for the party’s central working committee meeting at Sanepa.