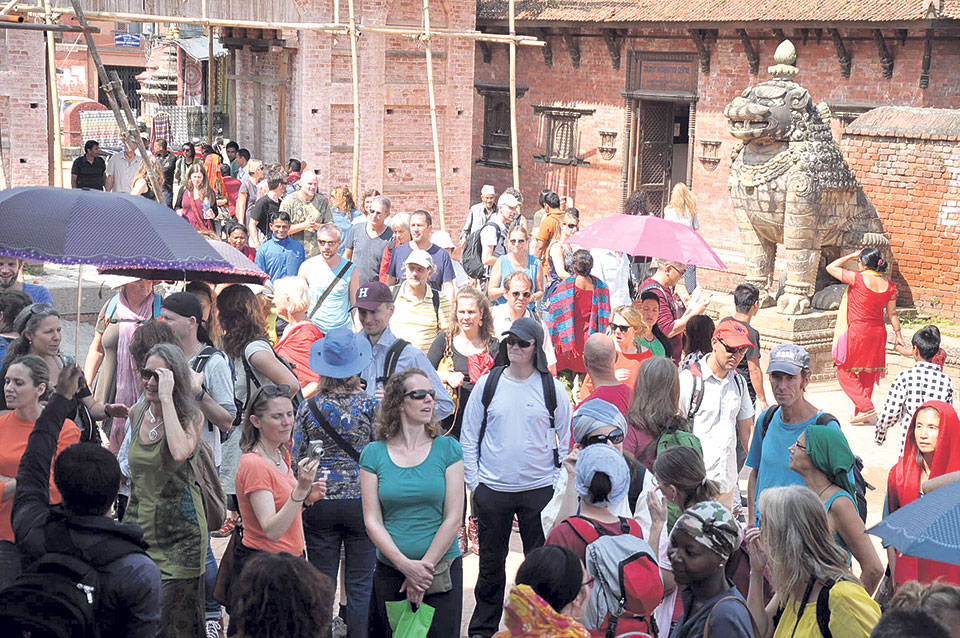 The target of welcoming 2 million visitors by 2020 has already been enshrined in the Tourism Vision 2020 document and endorsed by past governments.

Nepal welcomed only 735,932 foreign tourists in 2011. Total number of foreign tourists visiting Nepal in 2017 was 940,218. The arrival figures, however, is a big achievement considering the 2015 earthquakes which hit the core of the tourism industry.

Tourism stakeholders say that the target of welcoming 1.5 million visitors by 2020 is gettable. “Political stability has been restored with the recently held elections. The private sector is ready to work with the government to meet the target,” CN Pandey, president of Nepal Association of Tour and Travel Agents (NATTA), said. “We already have needful infrastructure to welcome 1.5 million visitors. Moreover, our national flag carrier is adding more aircraft. Private carriers are also extending their fleet. All these developments bode well for the industry.”

Stakeholders say Nepal should promote aggressively in its neighboring markets - India and China - where outbound tourism is growing by leaps and bounds.

Amar Man Shakya, president of Hotel Association Nepal (HAN), also said that bringing 1.5 million tourists by 2020 is a reasonable target. He, however, said infrastructure development is a key to achieve the target. “Increasing number of hotel rooms shows that there won't be any accommodation problem for tourists. We have the capacity to serve large number of tourists,” he said, adding that the industry needs more infrastructure, more aircraft for the national flag carrier, innovative products and new destinations, aggressive promotional campaigns, and a strong commitment from the government.

Deepak Raj Joshi, CEO of Nepal Tourism Board (NTB), said that the target set by the new tourism minister is gettable. “Previous target of bringing two million tourists by 2020 comes under the 2020 vision that was set looking toward the construction of alternative international airports and other infrastructure developments," Joshi told Republica. He further said that the previous cabinet also set a target of welcoming 1.5 million foreign tourists by 2020, taking note of under-construction infrastructure for the tourism industry.

“We are gradually becoming capable to achieve the target by 2020. So, the target is justifiable,” Joshi added.

Foreign tourists visiting Mustang up by 34 per cent

MUSTANG, Jan 23: Number of foreign tourists visiting Mustang district has increased by 34.49 per cent in 2017 as compared... Read More...

Is the passion for cricket at local levels reflected by the country’s officials?

In a late afternoon in March, hundred or so locals were witnessing a festival of cricket in Chitwan. Halfway through... Read More...