Upper Karnali works yet to resume 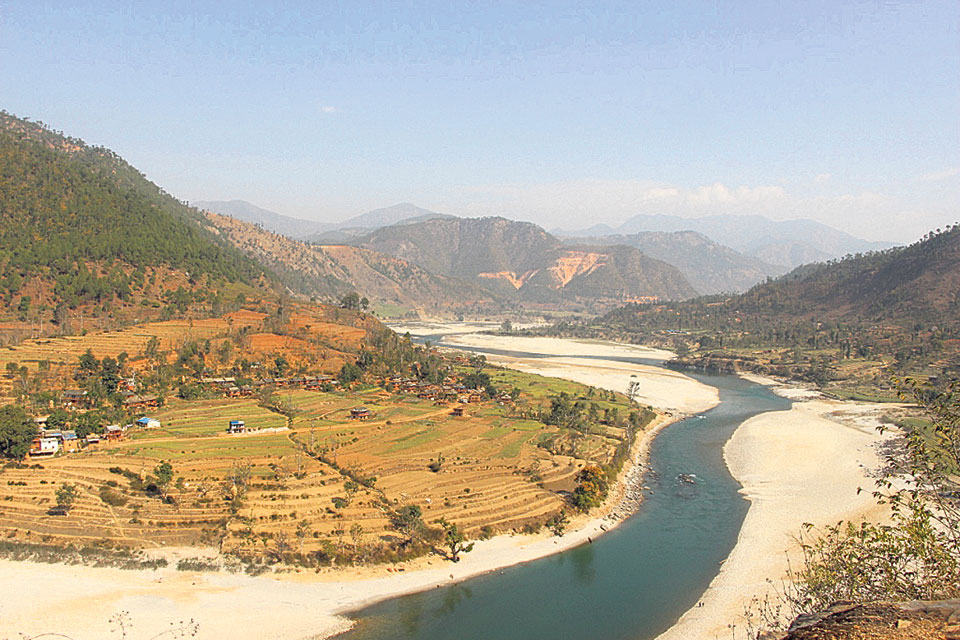 DAILEKH, March 21: All works at the construction site of Upper Karnali Hydropower Project have been affected for more than a month.

Dailekh-based field office of the project has stopped all work citing security reasons after a bomb exploded at the construction site on February 10. An official of the project told Republica that all project works have come to a halt since the explosion. “All project staffers have moved to Surkhet and Kathmandu as there is no working environment at the project site,” the official added.

All the project officials left the field office right after an unknown group hurled a bomb into the office compound. Before the explosion, the office was making plan to cut down trees to clear land for construction of dam.

“We had already sent letters to District Forest Offices of Dailekh and Achham, seeking their permission to cut down trees,” the official said. “If explosion hadn't happened, we would have cut down all the trees at the dam site by now.”

The project has already distributed compensation to clear forests from private land.
According to the official, Investment Board Nepal (IBN) is currently holding discussion with all concerned parties so that project works can be resumed at the earliest.
Officials are refusing to go to the project site and resume their work citing security reasons. “No staff will go to the project site unless they receive assurance on their safety,” the official added.

The project office, however, managed to complete and submit the final report of resettlement of project-affected locals during the month-long period.
Indian business conglomerate GMR is the promoter of the 900-megawatt project. The official said that the government has extended financial closure deadline of the project by a year.

According to a report submitted to Investment Board Nepal, a total of 239 households will be affected by the project of which 57 households need resettlement.

The project will affect households in Dailekh, Achham and Surkhet.

DOLAKHA, Jan 31: Upper Tamakoshi Hydropower Project (456 MW) is facing the risk of missing its completion deadline due to the... Read More...