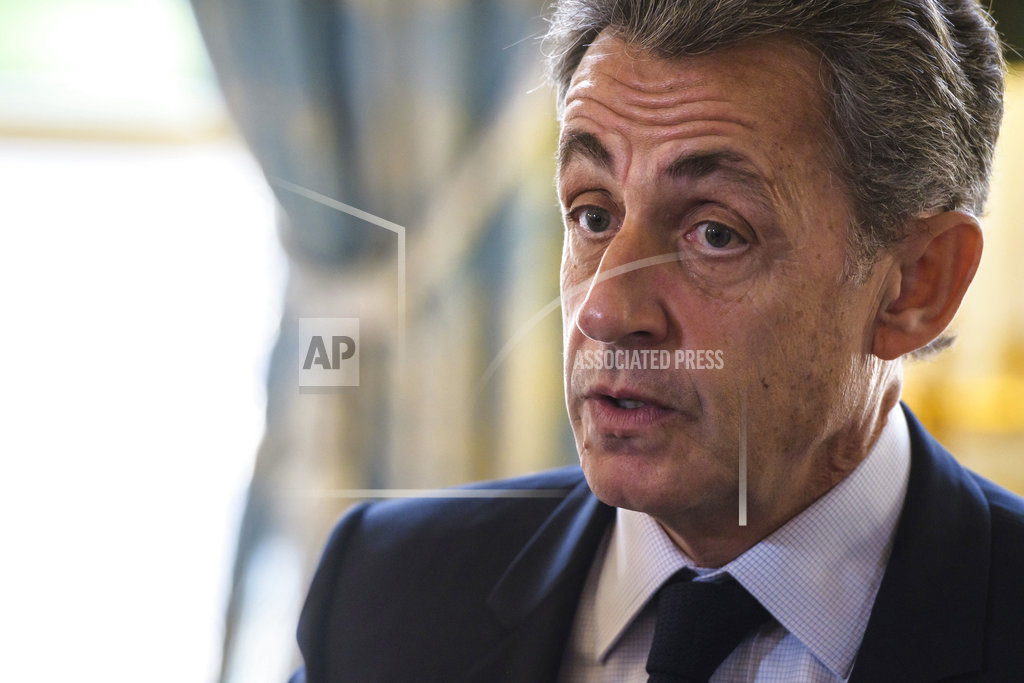 PARIS, Mar 20: Former French President Nicolas Sarkozy was placed in custody on Tuesday as part of an investigation that he received millions of euros in illegal financing from the regime of the late Libyan leader Moammar Gadhafi.

A judicial source with direct knowledge of the case told The Associated Press that Sarkozy was being held at the Nanterre police station, west of Paris. The person spoke on condition of anonymity because he was not authorized to discuss the matter publicly.

Sarkozy and his former chief of staff have denied wrongdoing in the case, which involves funding for his winning 2007 presidential campaign.

Though an investigation has been underway since 2013, the case gained traction some three years later when French-Lebanese businessman Ziad Takieddine told the online investigative site, Mediapart, that he delivered suitcases from Libya containing 5 million euros ($6.2 million) in cash to Sarkozy and his former chief of staff Claude Gueant.

A lawyer for Sarkozy did not immediately respond to a message from the AP seeking comments.

Investigators are examining claims that Gadhafi's regime secretly gave Sarkozy 50 million euros overall for the 2007 campaign. Such a sum would be more than double the legal campaign funding limit at the time of 21 million euros. In addition, the alleged payments would violate French rules against foreign financing and declaring the source of campaign funds.

In the Mediapart interview published in November 2016, Takieddine said he was given 5 million euros in Tripoli by Gadhafi's intelligence chief on trips in late 2006 and 2007 and that he gave the money in suitcases full of cash to Sarkozy and Gueant on three occasions. He said the handovers took place in the Interior Ministry, while Sarkozy was interior minister.

Takieddine has for years been embroiled in his own problems with French justice, centering mainly on allegations he provided illegal funds to the campaign of conservative politician Edouard Balladur for his 1995 presidential election campaign — via commissions from the sale of French submarines to Pakistan.

According to Le Monde newspaper, investigators have recently handed to magistrates a report in which they detailed how cash circulated within Sarkozy's campaign team.

In January, a French businessman suspected of playing a role in the financing scheme, Alexandre Djouhri, was arrested in London on a warrant issued by France "for offenses of fraud and money laundering." Le Monde said French investigators are also in possession of several documents seized at his home in Switzerland.

Sarkozy had a complex relationship with Gadhafi. Soon after becoming the French president, Sarkozy invited the Libyan leader to France for a state visit and welcomed him with high honors. But Sarkozy then put France in the forefront of NATO-led airstrikes against Gadhafi's troops that helped rebel fighters topple his regime in 2011.

It is not the first time that Sarkozy faces legal troubles. In February 2016, he was handed preliminary charges by French magistrates for suspected illegal overspending on his failed 2012 re-election campaign and ordered to stand trial.