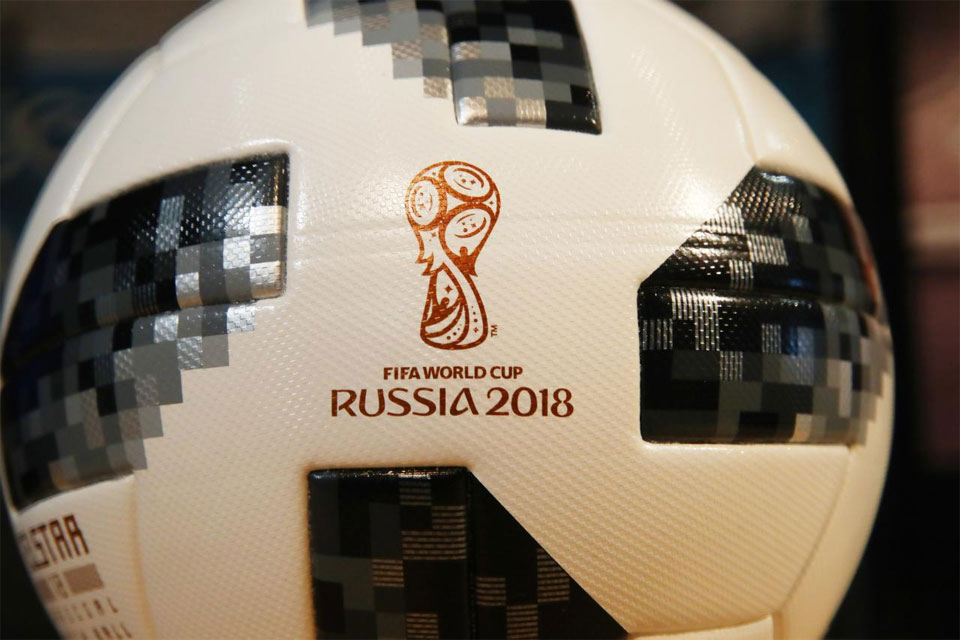 A soccer ball with the sign of the FIFA World Cup 2018 is seen before the Adidas annual news conference in Herzogenaurach, Germany March 14, 2018. REUTERS/Michael Dalder

BOGOTA, March 17: Video assistant referees (VARs) will be used at the World Cup for the first time in this year’s finals in Russia, FIFA president Gianni Infantino said on Friday, and teams will be allowed a fourth substitute in matches that go to extra-time.

The use of the VAR system was approved earlier this month by the rule-making body IFAB, despite controversy in some of the competitions in which it has been trialled over the time taken to make decisions and lack of information for spectators.

“We are going to have our first World Cup with video assisted refereeing,” Infantino told reporters after a meeting of the FIFA Council.

The system allows the referee or the video assistant to review decisions where a “clear and obvious” error is spotted. It has been trialled in Germany’s Bundesliga and Italy’s Serie A this season and some English FA and League Cup games, among others.

Infantino said VAR had been shown to reduce the number of refereeing mistakes in matches where it has been used and would help football become “a fairer and more transparent sport”.

“It’s not possible that, in 2018, everyone in the stadium and their living room knows if a referee has made a big mistake or not, and the only one who doesn’t know is the referee,” Infantino added.

Infantino had repeatedly promised that VAR would be used at the June 14-July 15 World Cup and has made it one of his priorities since being elected FIFA chief in February, 2016.

FIFA later said in a statement that, where matches went to extra-time, teams would be allowed a fourth substitute, a rule change also approved by IFAB.

Infantino said the hosts for the 2026 World Cup, to be decided at the FIFA Congress in Moscow in June, would be chosen in an open vote by its member national associations and details of how they voted would be published.

He confirmed that there were two candidates — Morocco against a joint bid from the United States, Canada and Mexico.

Both bids will be evaluated first by a task force and disqualified if they did not meet FIFA’s technical criteria.

Infantino also said he did not have any concerns surrounding political issues involving Russia.

Relations between Britain and Russia have crashed to a post-Cold War low after over an attack involving a military-grade nerve agent on English soil.

Moscow has denied any involvement in the attempted murder of former Russian double agent Sergei Skripal and his daughter.

However, Britain, the United States, Germany and France on Thursday jointly called on Russia to explain the attack.

Some officials have said Britain may reconsider the attendance of official representatives at the World Cup, with England having qualified for the tournament.

“We are not worried at all, we are here to organise a football tournament,” Infantino said.

“I know the Russian people are looking forward to welcoming people from all over the world. Political issues we leave to the politicians.”

FIFA said in its financial report that it had made a net loss of $192 million for 2017, although it had budgeted for a bigger deficit of $443 million.

The world ruling body said “rigorous cost control measures” had helped keep expenses below budget. It is still expecting to achieve a $100 million surplus for the 2015-18 cycle as FIFA receives a large proportion of its income in World Cup years.

Five buried in Sindhupalcowk landslide; One dies, four others go missing
47 minutes ago