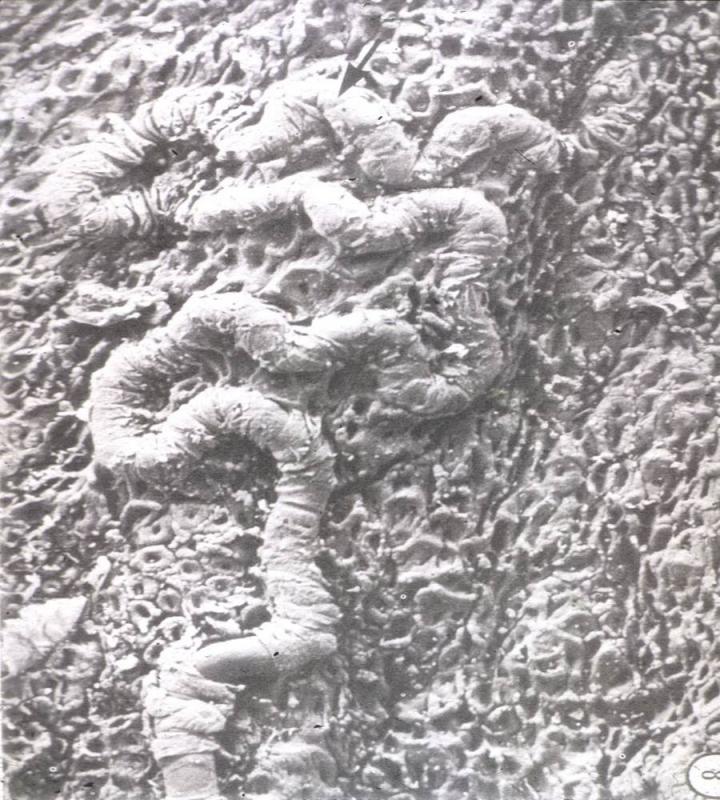 The first evidence of human life in the Olorgesailie Basin comes from about 1.2 million years ago. Photo: Courtesy of Jason Nichols

Archaeologists have uncovered new evidence that indicate that early humans were behaving more sophisticatedly, even involved in trading around 100,000 years earlier than previously thought. Experts also believe that dramatic climatic shifts in East Africa may have driven early humans to make rapid advances in developing tools and trade networks.

Archaeologists have excavated tools from Kenya, dating back to the Middle Stone Age, which hint at a long trend of climate-driven behavior among early Homo sapiens. In other words, as early humans were faced with landscape-transforming earthquakes, rapidly fluctuating climate conditions and more, these factors sparked technological innovation and boosted social exchange.

"This change to a very sophisticated set of behaviors that involved greater mental abilities and more complex social lives may have been the leading edge that distinguished our lineage from other early humans,"  Rick Potts, director of the National Museum of Natural History's Human Origins Program, said in a statement.

The newly-excavated tools are around 320,000 years old and are now considered to be the oldest of their kind. Archaeologists also found pigment lumps that researchers believe were part of an ancient trade network. Archaeologists also discovered thousands of tools made from tools that appear to have come from far-flung places, indicating the existence of complex trade networks.

“The earliest evidence for Homo sapiens in eastern Africa is about 200,000 years ago, so this Middle Stone Age evidence we’re finding is significantly before that,” Potts told The Smithsonian.

The newly excavated tools were found in the Olorgesailie Basin in southern Kenya. The first evidence of human life in this area dates back to around 1.2 million years ago. For hundreds of thousands of years, early humans living there used large handaxes to cut stone. However, researchers found tools, made between 320,000 and 305,000 years ago, which were more sophisticated and carefully crafted than the handaxes previously discovered in the area. Some of these newly discovered tools were designed to be attached to a shaft and potentially used as projectile weapons.

Researchers also found black (manganese) and red (ochre) rocks, which early humans had used as coloring material. “We don’t know what the coloring was used on, but coloring is often taken by archeologists as the root of complex symbolic communication,” Potts said. “Just as color is used today in clothing or flags to express identity, these pigments may have helped people communicate membership in alliances and maintain ties with distant groups.”

The newly discovered tools challenge a previous theory that suggested that early humans’ response to an arid environment was gradual. However, the lack of hominid fossils in the area means that it is still unclear whether the tools found in the Olorgesailie Basin were made by Homo sapiens or a closely-related species.

According to archaeologist Yonatan Sahle of the University of Tübingen, apart from climate change, other circumstances such as decline or surge in hominid population, could also likely have sparked ancient technological advancements in tool-making, Science News reported.

The findings of the new research have been published in three papers in the journal Science, which are available here, here and here. Along with Potts, the lead authors of these papers are Alan Deino, a geochronologist at the University of California at Berkeley, and paleoanthropologist Alison Brooks of George Washington University.

Climate Change is closing in on us

The country experienced one of the most intense rainfalls which led to flooding in the monsoon season this year. 37... Read More...

KATHMANDU, Dec 16: Fifteen organizations have been rewarded the Adaptation at Scale Prize for their innovative efforts in the field of... Read More...

Prior infection, vaccines provide best protection from COVID
30 minutes ago