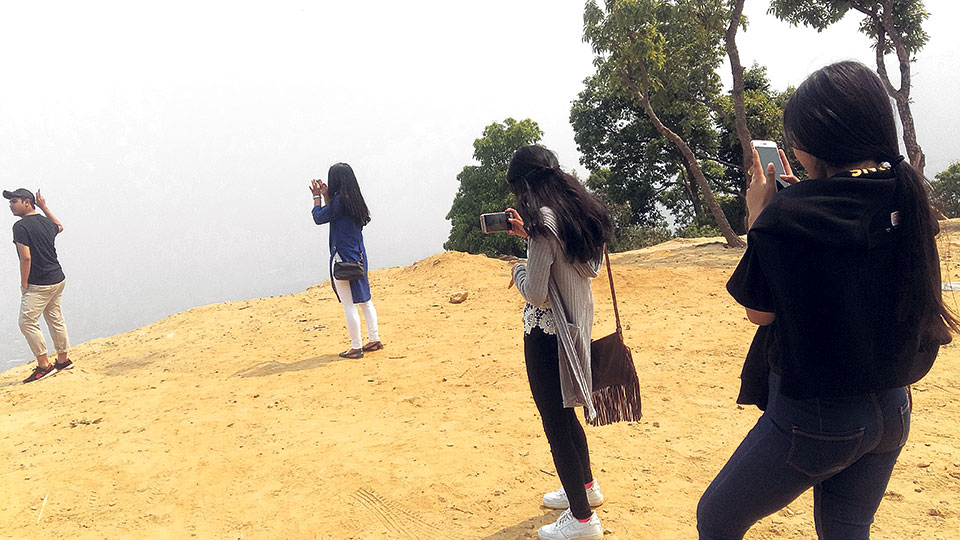 The compulsion to whip out our phones and take a shot of our food before we dig in, no matter how hungry we are, or snap and upload a picture before we do anything at all on a trip somewhere has never been great. This need to put our lives up for mass consumption as well as appear a certain way, or better than others, in a silent competition with the rest of our friends has brought with it much social media anxiety, says Ganesh Amgain, psychological counselor at Nirvana Psychological Care Center and Research Institute in Kathmandu.

When this scribe questioned a few Nepali urban youths if they suffer from social media anxiety, while many said they didn’t, they also opened up about psychological tension and fear because of certain comments and posts on social media. Some talked about the Fear of Missing Out syndrome, popularly known as FOMO, which is a distressing feeling of being left out when your friends are having fun.

Subashree Bhatta, a 14-year-old student at Malpi City School, confesses that while she is not keen on following every fashion trend on Instagram, she does feel slightly unsettled when she sees her friends having fun abroad on social media. “Sometimes I pester my parents to take me on a holiday. My argument is if my classmates are having fun why shouldn’t I?” says Bhatta aptly stating an example of FOMO that most youngsters experience these days.

However, Bhatta also feels that she is not completely trapped by social media like many of her friends. She says she is apathetic about the trends that most of her classmates blindly follow. “Many of my friends are sleep deprived. They watch various sitcoms, Korean dramas, or indulge in group chats at night,” says Bhatta, although she does not deny that she sometimes finds herself going to different restaurants on weekends primarily to take and upload good pictures on Instagram.

Amgain is of the view that today’s youth often compare their family background, economic status, and cultural restrictions with that of their friends on social media. They have the tendency to feel that they do not have much freedom or are not as privileged as their friends. “These insecurities created by social media not only make today’s generation susceptible to social media anxiety but also make them vulnerable to various other psycho-social illness,” he says.

Shreya Pokhrel, a 22-year-old aspiring comedian, thinks that social media aptly caters to urban youths who are constantly looking for distractions. “People indulge in it because if they aren’t continually updating their social media their life is thought to be less interesting. The pressure is also to live up to this perceived idea of how their life is and constantly be present online,” says Pokhrel. She also thinks that knowing you will be scrutinized by your friends as well as strangers forces people to try and make any activity seem a lot more exciting than it really is.

Another disturbing factor of social media is cyber bullying which creates anxiety, unease, and loneliness among youths. According to Amgain, cyber bulling and cases of gender-based violence are at an all time high among today’s youth. He says misuse of pictures, videos, and text messages, is also quite common.

“A few years ago, my Facebook photos were misused by a stranger. These pictures received obscene comments which were extremely offensive and disturbing,” says Chahana Shah, an undergraduate student at Kathmandu University School of Law, adding that the incident greatly disturbed her. She constantly found herself worrying about what her friends would think of her. And she was also bombarded by a series of questions about who was behind it all and why they would do so. Though Shah admits that over thinking about that incident was a waste of time, she found it difficult to get over those comments.

While on one hand some think social media puts constant pressure on today’s youth, others are of the opinion that it actually depends on the individual and their capability to take the real and the virtual world hand in hand.

According to Prathvna Shrestha, YouTuber and blogger, teenage is the time to explore yourself and the world, you. She believes that social media is actually allowing the youth to share their experiences and learn from one another’s mistakes. “There are endless opportunities on the internet that provide a platform to enhance our capabilities. I personally learn and grow from criticisms that I receive online rather than getting disheartened by them,” says Shrestha, adding that it all depends on how you take things that come your way, both positive and negative.

Mushkaan Jain, a high school graduate, who is known among her friends for her edgy Instagram posts, feels that people put in a lot of unnecessary time and effort in trying to look attractive on social media. According to her, she uses Instagram because she loves projecting her life in a creative platform. However, she believes if someone finds it pressurizing and difficult to display his/her life on social media then the platform is not meant for that person.

Jain also emphasizes that her profile on Instagram is a small part of her life. It is not who she really is in its entirety. According to her, everyone should understand that people only put exciting aspects of their life online. “Obviously I will not post pictures of me doing chores at home,” she adds.

Amgain acknowledges the fact that teens are experimental and they love exploring new things. However, according to him, not being able to gain as much popularity as their friends on social media can also be the root cause of depression and insomnia among teens.

Virtual society for many urban youths has also become a stage to boast about their possessions. An unhealthy competition to appear happier than others online has become a common phenomenon. “I think everybody likes showing off on these platforms. My friends who are abroad like posting pictures standing under huge skyscrapers and going to extravagant malls. To make them jealous, I post pictures of authentic Thakali cuisines and momos. I love it when they say they want to come back to Nepal after looking at my pictures. I think I get a kind of sadistic pleasure from social media,” says Abhishek Gurung (name changed), a 21-year-old freelance photographer.

However, it doesn’t seem to be only the youths who are victims of this pressure. Even their parents seem to be constantly worried. Many this scribe spoke to confessed to feeling troubled about their children’s habits and worrying about the impact of these gadgets on their mental health.

“Our younger generation’s obsession with cell phones or tablets obviously arises from the fact that they are given these gadgets at a very early age,” says Binaya Pyakurel, manager at Nepal Electronic Payment Systems Ltd and a father of two. He thinks social media is coercing his children to follow trends without giving any consideration to their own ideas and personalities.

“The compulsion that social media has created to go to new places, wear good clothes all the time, and taste different cuisines is not making them any happier. In fact, it is a financial and social burden for both children and parents alike,” concludes Pyakurel. 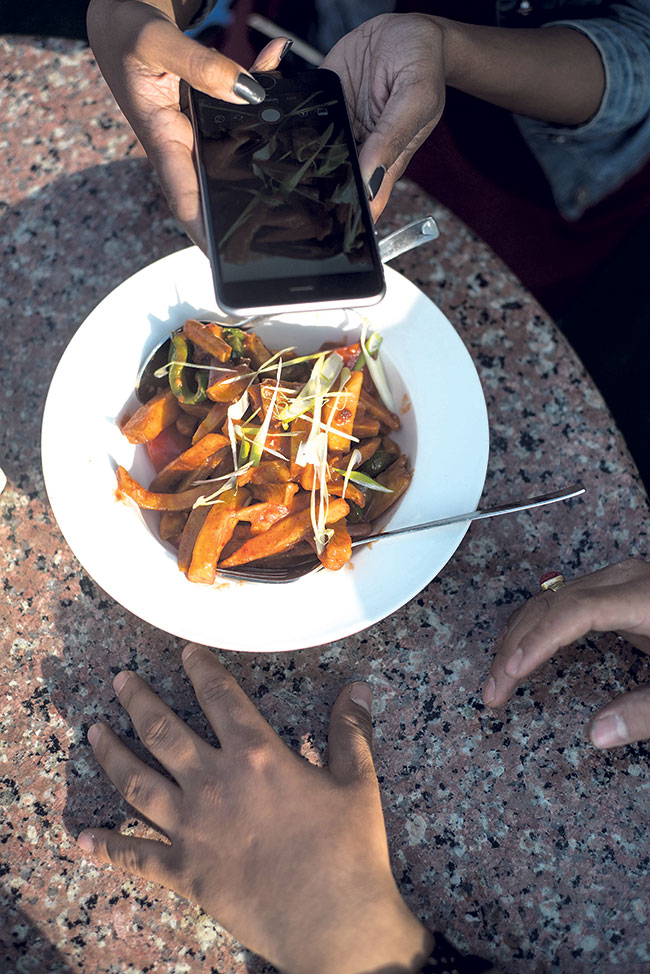 KATHMANDU, July 30: Minister for Information and Communications, Mohan Bahadur Basnet, has said that he would take necessary initiatives on... Read More...

CHITWAN, Nov 18: Minister for Land Reform and Management Bikram Pandey has assured the resolution of issues related to the... Read More...