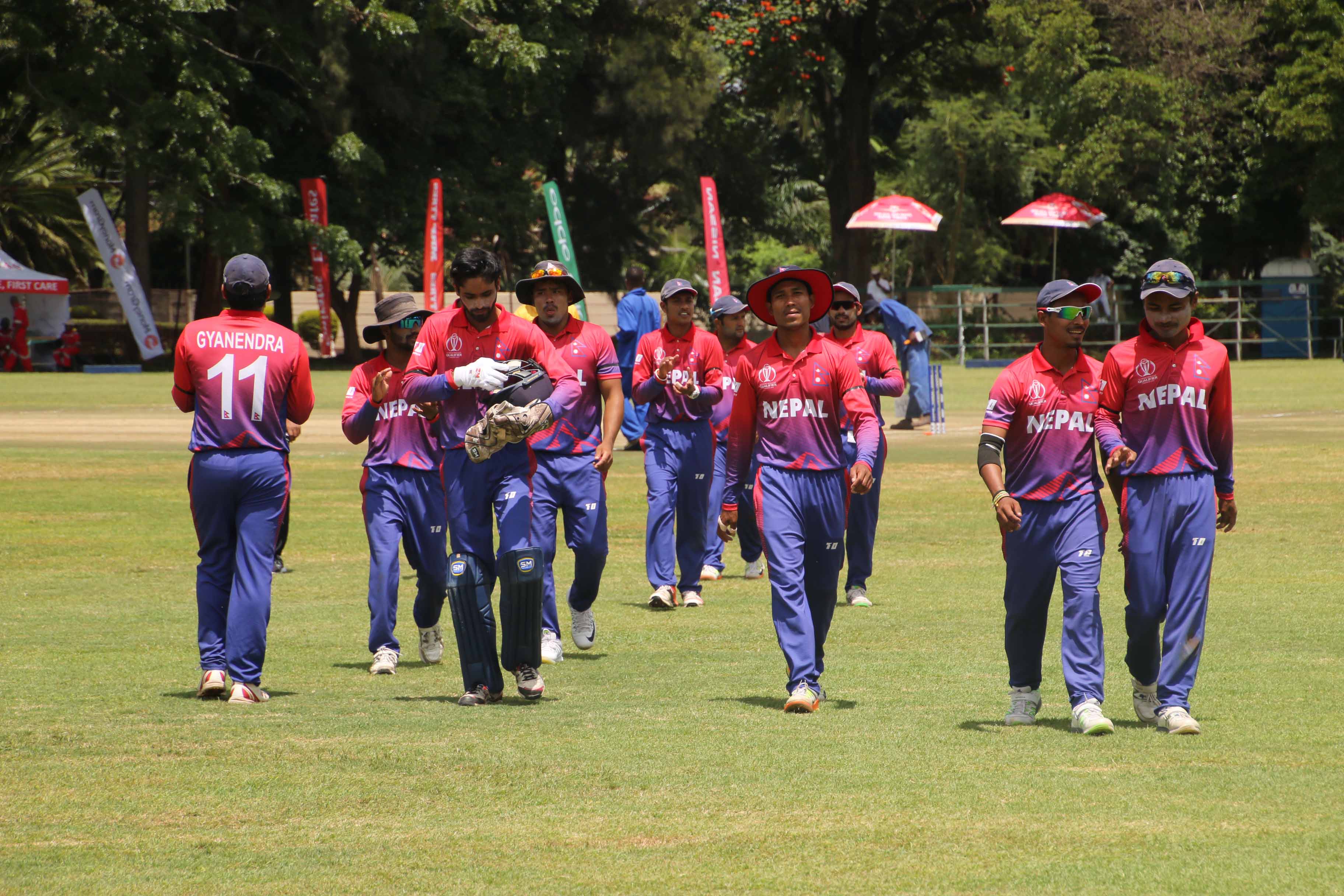 KATHMANDU, Mar 16: Dipendra Singh Airee picked up four wickets and scored an unbeaten half-century to lead Nepal to a famous six-wicket win against Papua New Guinea in an ICC Cricket World Cup playoff match at the Old Hararians Sports Club in Harare, Zimbabwe to seal the ODI berth, Thursday. Nepal was helped by the Netherlands, already an ODI nation, who defeated Hong Kong by 44 runs in simultaneous cross-over playoff for seventh place finish between the respective groups to ensure Nepal finishes above Hong Kong and PNG to qualify for  ODI status.

In an historic turn of events for Nepali cricket, the Nepal team  earned One-Day-International (ODI) status under the International Cricket Council (ICC) for the first time since Nepal was recognized as an Associate Nation by the apex global cricketing body in 1996.

Nepal has been awarded the ODI status for a four-year period until the next World Cup qualifiers. All Nepali players playing the first ODI will be making their debuts. Nepal will also get an opportunity to participate in the much coveted ICC Inter-continental Cup, a marquee four-day event outside the Test world contested by nations with ODI status only. Similarly, Nepal can officially arrange tours in fellow ODI nations like Scotland or the UAE for the foreseeable future to get some ODI matches under its belt. Nepal can also host ODI teams after upgrading the cricket grounds at home up to the ODI standards set by the ICC.

Nepal skipper Paras Khadka was ecstatic to see Nepal finally become an ODI nation after years of toil and hard work. “Thank you, everyone, for the support. Just been years and years of toil, persistence, sacrifices, commitment and hard work. Finally, we become an ODI nation. Congratulations to everyone who has been part of Nepali cricket's incredible journey,” expressed Khadka on his twitter handle after the Netherlands defeated Hong Kong and confirmed the ODI status for Nepal.

Nepal is now listed as the 16th ODI nation in ICC official rankings for ODI nations led by India with 122 rating points. Nepal joins the illustrious list of Scotland, the Netherlands and the United Arab Emirates (UAE) as  ODI nations outside the Test world, currently consisting of 12 teams.

Hong Kong and PNG both are set to finish below Nepal in the ongoing ICC Cricket World Cup Qualifiers after their respective defeats. Both teams will lose their ODI status which they earned for the last four-year period and will be relegated to Division Two.

Nepal won the ICC World Cricket League Division Two last month to qualify for the ICC Cricket World Cup Qualifiers. After missing out on Super Sixes with only one win in four Group B matches, Nepal was seeded against PNG from Group A for the ODI status playoff.

KATHMANDU, March 15: It boils down to the Nepal versus Papua New Guinea (PNG) match in the ongoing ICC Cricket World... Read More...