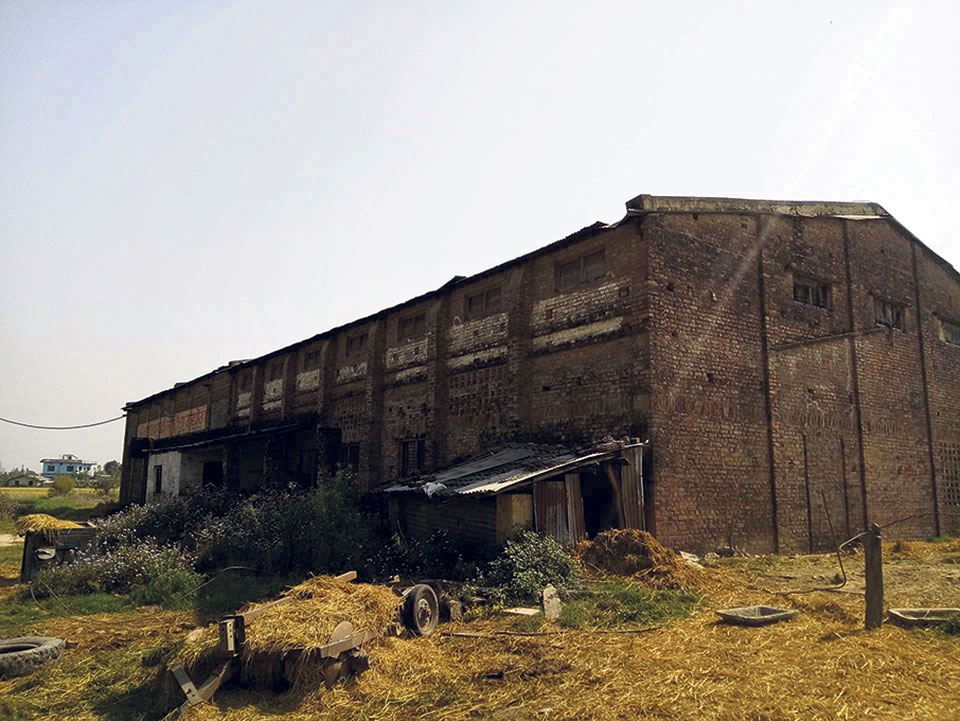 TIKAPUR, March 11: There were days when rice milled in Kailali district used to reach all over the country as well as be exported to India.

Eastern part of Kailali was popular among farmers as a paddy hub. Farmers from far and wide used to sell their paddy to local rice mills.

But the district has lost its glory now. Locals say most of the rice mills here were shut during the armed conflict.

Today, only one large-scale mill is in operation in eastern Kailali -- Mauraniya Rice Mill. The mill was established 35 years ago.

“The armed conflict displaced many mill operators. Now we can see only the ruins of those mills,” Narayan Goel, the promoter of Mauraniya Rice Mill, said.

Durga Rice Mill operated by Makhan Babu, Okharpur Rice Mill owned by Govind Shrestha, Shakti Rice Mill of Shanti Kumar Agrawal, and Karnali Rice Mill of Asmeri, Tikapur, were counted among large-scale rice mills in the country. These mills used to produce up to 20 quintals of rice every hour each.

Maoist combatants took control of these mills, sold the machinery and used the property as their shelter.

“They sold the machineries for peanuts. The Maoist rebels grew crops in land owned by the mill. Mill owners might have returned if their property was not taken into control by the Maoist combatants,” a local said.

The Satti Market always used to be brimming with shoppers. Not only paddy and rice, this marketplace used to be a major commercial center in the locality. Rastriya Banijya Bank Ltd had also opened its branch office in the area to support industrial and economic activities in the area. But the branch had to be relocated during the armed insurgency.

“The armed insurgency wiped away any potential that this place had,” Sandesh Shrestha, a local, told Republica.

While most people point out armed insurgency as the reason behind downfall of rice mills, others argue that construction of Karnali-Chisapani Bridge changed the tides. They say traders were attracted toward market centers near the East-West Highway once the bridge came into operation.

“Paddy collection centers were opened at market places near the highway. This cut off supplies of paddy to the rice mills,” Pahal Basnet, another local, said.

Tikapur area had to suffer even more due to lack of road network with hilly districts of the region where demand for rice is high. With these districts getting supplies from other places, the demand for rice milled in Kailali fell drastically.

“Increased transportation cost made rice milled in Tikapur dearer in those hilly districts. As a result, mills there saw a significant drop in demand,” Goel of Mauraniya Rice Mill said. “We had no option but to send supplies through Attariya or Kohalpur which increased out transportation cost.”

Mill owners have gone bankrupt and are not in a position to breathe a new life to these mills on their own. And financial institutions are not willing to invest in these mills.

TIKAPUR, March 9: There were days when rice milled in Kailali district used to reach all over the country as well... Read More...