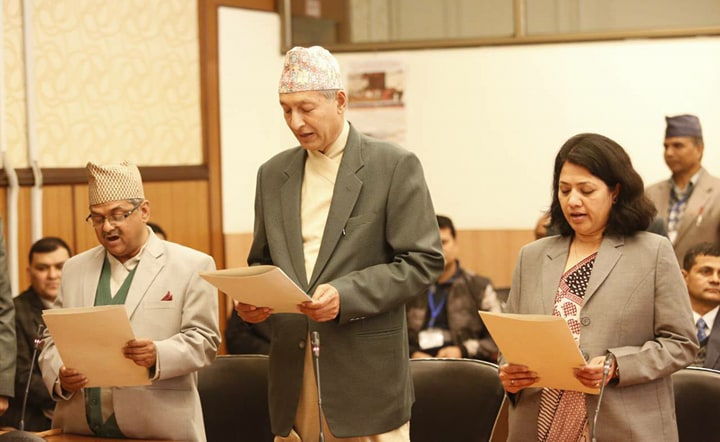 President Bidhya Devi Bhandari had administered the oath to Bhatta, Following her swearing in; Bhatta had administered oth to 55 lawmakers on Sunday afternoon. The National Assembly constitute of 59 members.

A single bench of Justice Prakash Man Singh Raut had issued the interim order on February 25 to halt the swearing-in ceremony, responding to a writ petition filed by Gopal Kumar Basnet, Krishna Prasad Paudel and Chadani Joshi, who were nominated as upper house members by the Sher Bahadur Deuba-led government.

NMA to provide relief to 3,000 tourism workers
8 hours ago