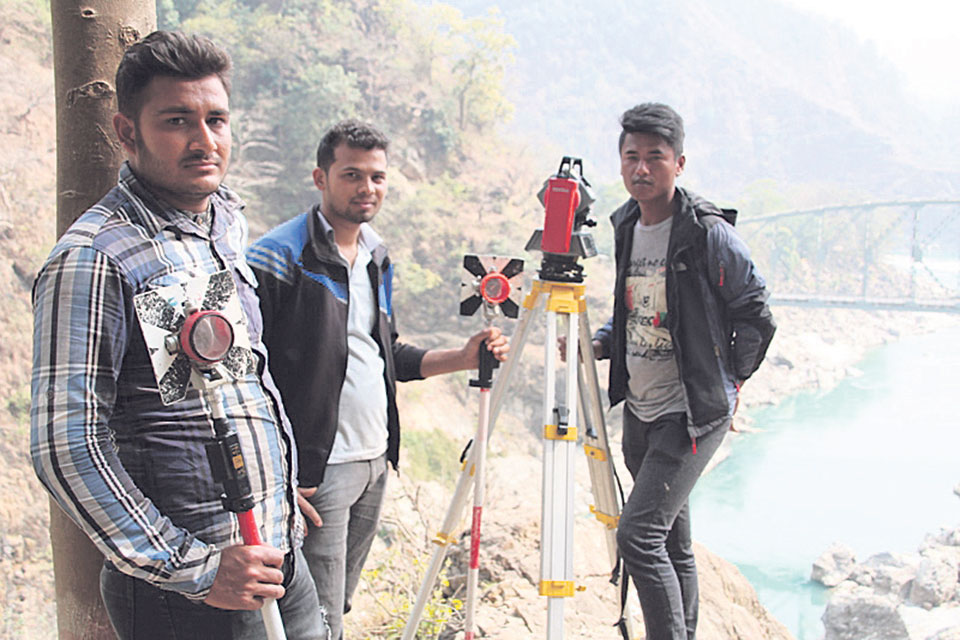 DPR will be ready soon: Department of Irrigation

PALPA, March 8: The government has intensified study on Kaligandaki-Tinau Diversion Project.
The national pride project is expected to provide irrigation facility to three tarai districts of Province 5. After conducing soil and other technical tests, technicians have already submitted a report to the government, concluding that the project is feasible.

The government is currently preparing Detailed Project Report (DPR) to implement the project. Officials of the Department of Irrigation (DoI) say that the department is currently conducting a field survey and collecting necessary data from consultants.

“It will take three to five months to complete the DPR. The project will go into implementation phase after a year,” Suresh Kumar Sharma, chief of the Feasibility Study Unit of DoI, told Republica. “We have already selected the place to dig tunnel for the diversion project. Now, we need to revise some geological studies for verification.”

The study is being carried out with a budget of Rs 30 million allocated by the government, according to Sharma.

The government has handed over the responsibility of geological tests to GEOCE Consultants Pvt Ltd and Bishwa Dealing. Rajesh Gwachha, a technician deployed at the Kaligandaki River site, said that his team has been carrying out the survey and would submit the report to the department.

The project will divert waters of Kaligandaki River to Tinau River through a 30-kilometer tunnel. The dam will be built at Malunga situated at Galyang Rural Municipality of Syangja, and Pipal Danda area situated at Rambha Rural Municipality-3 of Palpa. According to officials of DoI, 90.6 cubic foot of Kaligandaki waters can be diverted to the Tinau River every second through the nine meters wide tunnel. Government officials envisaged the project, which can irrigate 30,000 hectares of land in Rupandehi, Kapilvastu, and Nawalparasi districts as well as generate 100 MW of electricity, after water level in Tinau River receded drastically in recent years.

Agricultural productivity in these three districts is expected to double once the project starts providing irrigation facility. The multipurpose project is estimated to cost Rs 45 billion.

KATHMANDU, May 23: The government has decided to award Budhi Gandaki hydro project to a Chinese company. ... Read More...