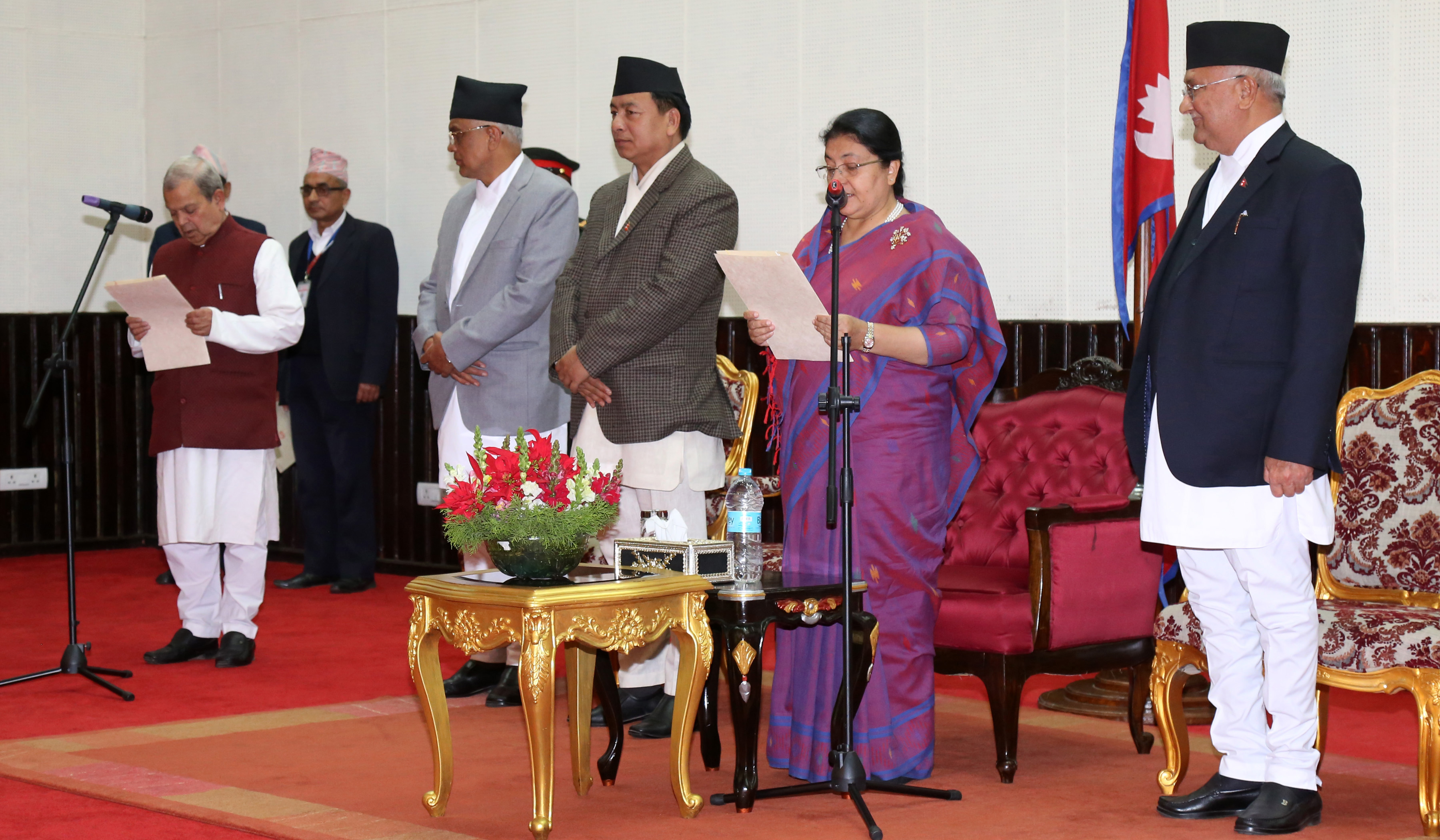 At a programme organized at the Office of the President, Sheetal Niwas, Thakur took the oath of office and secrecy in Maithali language while Bhatta in Nepali language. Thakur is now 75 years and Bhatta is 69 years.

As per Article 91 (5) of Constitution of Nepal, 2072, the senior-most member chairs the meeting of the House of Representative until the election of Speaker and Deputy-Speaker is held.

Similarly, as per the Article 92 (5) of the Constitution, the senior-most member of the National Assembly would chair the meeting until the election of Chairman and Vice-Chairman of the NA is held.

KATHMANDU, May 11: President Bidya Devi Bhandari has expressed her happiness over the enthusiastic participation of political parties in local... Read More...

Lumbini as the birth place of Gautam Buddha is not even a subject of debate: Nepal
18 minutes ago