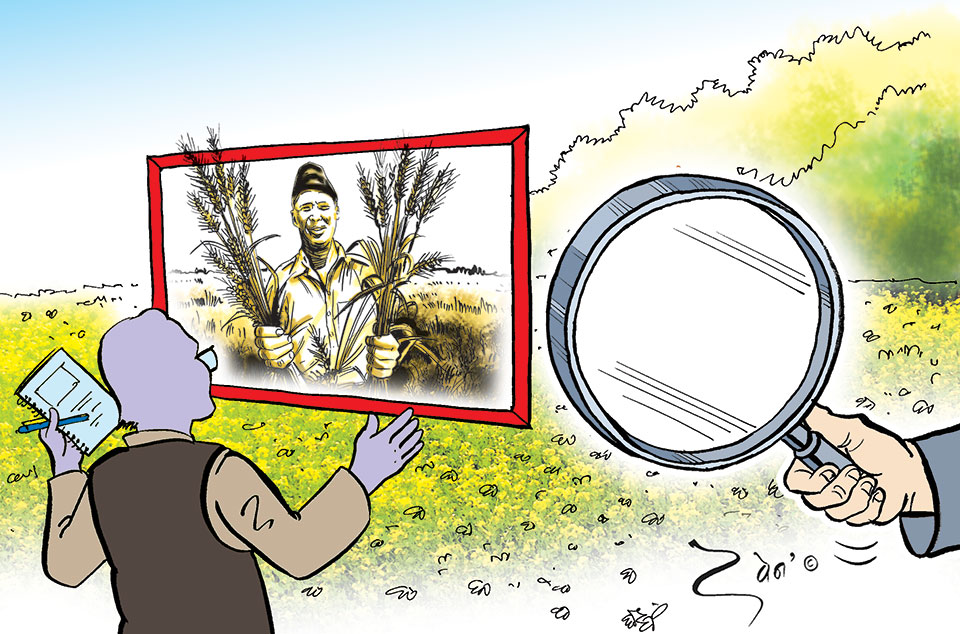 As Nepal has comparative advantage in hill agriculture, more agriculture research centers should be established in the hills

Although Nepal’s geography and water resources give it a comparative advantage in agricultural production, it depends on India for many agro-commodities. The agricultural productivity in Nepal is low but costs of production are high due to fragmented land holdings, subsistence farming, difficult terrain and inadequate irrigation and market facilities. Landlocked geographic location, weak policy and structural support, unreliable supply of production inputs, and non-tariff barrier for export have further exacerbated the problem. On the contrary, India has better technology, flat lands, scale production and cheaper marketing costs. The larger farm size and flat lands in India have made mechanization easy. In Nepal, small farm size and difficult terrain have rendered agricultural mechanization almost prohibitive, particularly in the hilly areas. This is why Nepal is always facing a negative trade balance in agriculture.

Rising import
Agricultural imports from India have been growing at an astounding rate of 40 percent annually for the past seven years. A total of Rs 400 billion worth of agro-products was imported in the first half of the current fiscal year, out of which the cereal import bill amounted to Rs 22.04 billion. Cereal tops the list of agro imports followed by edible oil, vegetables, livestock feed, nuts and fruits.
Vegetable imports have ballooned despite growing commercial farming in the country. During the first half of the current fiscal year, Nepal bought Rs 11.36 billion worth of Indian veggies. Regarding production inputs, Nepal depends primarily on imported chemical fertilizers from India. The country imported chemical fertilizers worth Rs 6.52 billion in the first half of this fiscal, a whopping 63 percent growth.

On the other hand, exports of agricultural commodities are in decreasing trends. Lentils, ginger, cardamom, turmeric, cinnamon, and live animals comprise over 90 percent of total agricultural exports to India. But due to some Non-Trade Barriers (NTB), exports of these agro-products have been impeded.

Favorable Indian policies
Many other factors favor India in agriculture. The government support for agricultural research and development is stronger in India than in Nepal. Production and marketing environment for many agricultural commodities is also more conducive in India. In addition to these, the Indian budget for 20018/19 is focused on boosting agriculture production and promoting export.

The government of India recently presented the union budget for the fiscal 2018-19, which announced massive subsidy for agriculture and irrigation and vowed to double the income of farmers by 2022. This budget has considered agriculture as an enterprise putting farmers at the center and many incentives have been proposed to help them for producing more at lesser cost and simultaneously realize higher prices for their produce. It has been stated that the farmers should realize at least 50 percent more than the cost of their produce. The budget has declared Minimum Support Price (MSP) for the majority of summer crops at least at 1.5 times the cost involved. If price of the agriculture produce is less than MSP, the government will purchase at MSP.

The budget also targets to upgrade existing 22,000 rural haats into Gramin Agricultural Markets (GrAMs). An Agri-Market Infrastructure Fund with a corpus of 2000 crore has been proposed for developing and upgrading these markets. Focus has been laid to develop cluster based model in a scientific manner for identified agriculture commodities. Cultivation of horticulture crops in clusters is expected to bring advantages of scales of operations and spur establishment of entire chain from production to marketing. Organic farming is to be promoted in a big way. Each cluster of 1000 hectares will be encouraged. Efforts will be made to link farmers with markets to get adequate gains for their produce.

The volume of institutional credit for agriculture sector has now been proposed to rise to 11 lakh crore for the year 2018-19. A suitable mechanism to enable access of lessee cultivators to credit without compromising the rights of the land owners will also be evolved. There is also provision to subsidize machinery required for in-situ management of crop residue to address the issue of air pollution. An allocation of Rs2, 600 crore has been made to ensure irrigation facilities.
Such budget provision of India could adversely affect competitiveness of Nepali agro-products in many ways if necessary measures are not taken by Nepal government in the coming year’s budget. Investments have to be increased significantly for the development of agricultural infrastructures such as agriculture roads, rural electrification, market centers and processing facilities. Programs to produce niche commodities that have comparative advantage should get priority.

What Nepal should do
The research should be focused on development of low cost production and marketing technology. Agricultural structures at provincial and local levels should be strong to provide extension services to farmers. Since Nepal has comparative advantage in hill agriculture, more agriculture research centers should be established in the hilly region to develop location specific technologies. Subsidies should be focused on identified comparatively advantageous commodities.

At the same time, several new approaches and programs that address the issues of land utilization, shortage of agricultural labor force, inclusive value chains, agro-entrepreneurship and competitiveness, non-trade barriers for exporting agricultural goods, development of quality assurance systems, capacity building of service providers at grass roots level, and climate change and resilience building, should be brought in implementation. Finally, local representatives, service providers and farmers should be oriented to remodel subsistence agriculture into commercial one aiming to enhance trade balance.