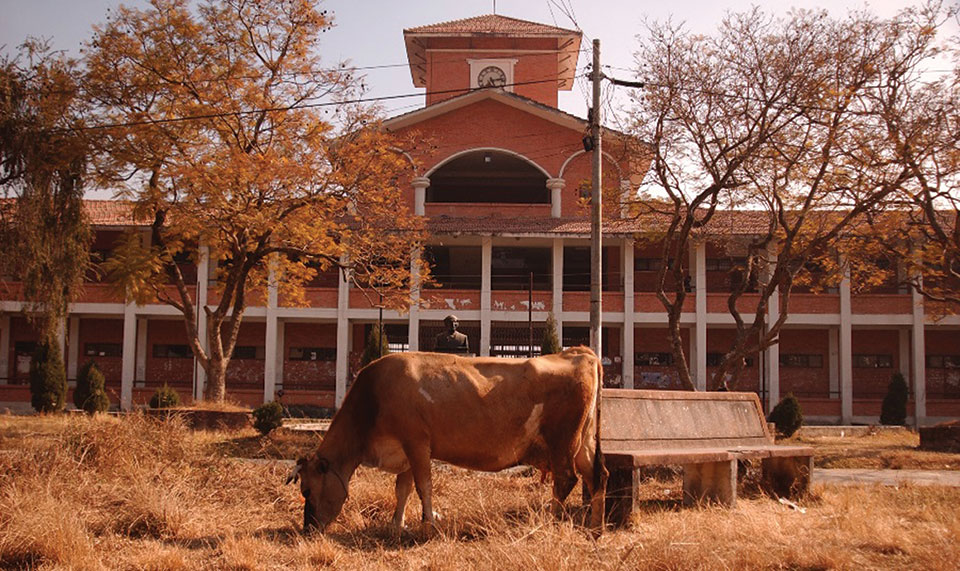 TU has degenerated into an intellectually dead institution. If it had been kept away from baneful political meddling, it would be alive

In the 18th century, Adam Smith, the father of economics, described the university he attended as ‘intellectually dead.’ He used to accuse his teachers of doing very little for the intellectual growth of the university. He vindicated this claim through epoch-making intellectual contributions represented by two books The Theory of Moral Sentiments and The Wealth of Nations.  Had he been alive today and cognizant of ignominious intellectual stagnation in Tribhuvan University, he might have declared: TU is intellectually dead.

Our university has degenerated into an intellectually dead institution. If it had been kept away from baneful politics, it would not have been so. Quantity and quality of knowledge taught, production of new knowledge and university culture are essential to keep an education institution alive. None are present at TU.

Bad professors
Ideal university teachers teach the knowledge already produced as is practically possible to be taught within allotted time period. They teach as much as they can. They believe that the recently produced knowledge helps students understand knowledge produced in the past. There are no such ideal professors at TU. Course contents they teach show that they do not bother to read new journal articles and books to keep update with latest theoretical developments in their respective fields.  Karl Pearson, a British mathematician, used to say that professors need to introduce a new course every year to prevent themselves from becoming stale. We don’t have such professors here.

There is a doubt what they teach is a correct rendition of knowledge produced by great thinkers. This fact is reminiscent of what Bertrand Russel says in A History of Western Philosophy: “A stupid man’s report of what a clever man says can never be accurate, because he unconsciously translates what he hears into something he can understand.” Negative university culture has made entry of critical thinking teachers into TU impossible. There is lack of professors capable of teaching theoretically rigorous courses.

Ideally, those who get an opportunity to serve as a university teacher should possess an intellectual ability to contribute to knowledge base of academic field they belong to. TU seems to be an exception to this rule.

It is often said professors have not been able to produce new knowledge for economic reason. They attribute their intellectual unproductivity to inadequate salaries and lack of research funds. This is only partly true. It would be true if they had been selected by TU Service Commission. If qualified teachers had been selected, they would have been intellectually productive. The main reason behind their intellectual stagnation lies within them. I do not think their salaries are so low given the amount and quality of work they do. If they are intellectually capable and had passion for knowledge production, they would find time for reading and writing.

Political influence
A positive university culture is essential in academia. This culture comprises a tendency to teach the ‘updated portion’ of the already produced knowledge, a tendency to engage in activities directed toward production of new knowledge, tendency to incorporate latest theoretical developments into course of study and a tendency to promote critical thinking.

But negative culture pervades in TU. There are few ideal professors who maintain that TU should be governed by positive university culture but their voices often get drowned in the atmosphere replete with negativism.

Critical thinking is a key to intellectual growth of a university. Only professors inclined to critical thinking are capable of propounding new theories.  It is very difficult to find such professors at TU. Mostly TU professors are either disinclined to think critically or incapable of doing so. Blatant political interference has turned the exam conducted by TU Service Commission into a charade. As a result, those who do not deserve to be a professor become professors.

There is a tendency to discourage those who want to make intellectual contribution to the knowledge base of their respective fields. A majority of professors who have not written well-argued pieces of writing in any form (a journal article or a book) consider a tiny group of their fellow professors who have succeeded in writing such pieces as a threat to their existence.

They are skilled at pleasing politicians to reach higher administrative positions. Once their representatives succeed in occupying higher positions of authority with the help of political clout, they take under control the administrative weapon that enables them to thwart any effort to increase number of ideal professors. In an effort to purge TU of ideal professors, they act in complicity with their representatives to influence the exam conducted by TU Service Commission in such a way ideal candidates are left out.

The author is a visiting faculty at Central Department of Rural Development, TU

KATHMANDU, Nov 15: Plagiarism is a serious crime of intellectual property theft. At a time when only politicians and bureaucrats... Read More...