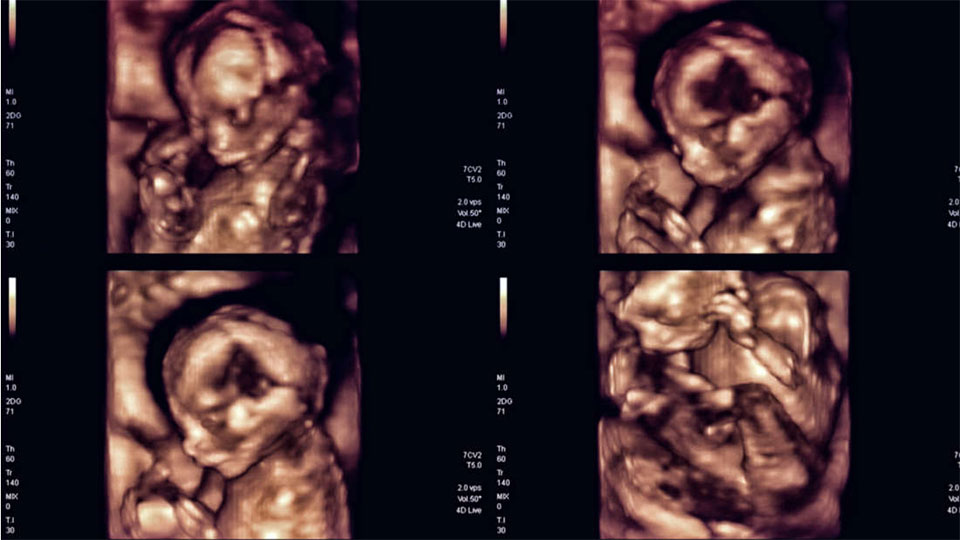 Feb 27: A study led by the Boston University School of Medicine has eased speculative fears after revealing no link between the number or duration of prenatal ultrasounds and a child’s later development of autism spectrum disorder (ASD).

The findings represent one more in a stream of investigations that have failed to identify a direct genetic or environmental cause of ASD, though a variety of factors are now known to increase the risk of development.

In recent years, high-powered ultrasound devices – the kind that can create a 3D picture of a fetus’s features – have become an increasingly popular tool for monitoring pregnancy. Because rates of ASD diagnosis have risen sharply during the same time frame, fetal exposure to ultrasound was quickly implicated as a potential factor for its cause. Some subsequent experiments in animal fetuses suggested that these devices can modify brain formation, leading to changes in memory, learning, and sociability once the organism is born.

To evaluate the link in humans, the authors of the current investigation, published in JAMA Pediatrics, reviewed the medical records of 107 otherwise healthy children with ASD, 104 children with a non-ASD developmental delay, and 209 children with normal neurological development.

The data showed that normal children and those with ASD or developmental delays were all exposed to the same average number of ultrasounds (about six) as fetuses, and that the time taken for each scan was similar.The scans’ average thermal index – the approximated amount of fetal tissue warming that occurs during a scan – were also the same between groups.

The only difference between groups was the depth that ultrasound waves permeated into the maternal and fetal tissue. Scans of ASD fetuses had a slightly greater average depth during the first and second trimesters compared with scans performed on normal fetuses.

Ultrasonography consists of sending pulses of high-frequency sound into tissue and creating an image from the pattern of reflected or scattered soundwaves. Though the frequency used for medical imaging has long been considered safe, the FDA and the American College of Obstetricians agree that exposure should be limited due to the possibility of undiscovered side effects.

Thus, the authors noted that the deeper scan depth could lead to increased penetration of soundwaves through the skull and into the fetal brain, potentially altering the brain cell development occurring within. They conclude by calling for future studies into ultrasound scan depth and ASD.

However, other pediatric specialists, like the two physicians who wrote an accompanying editorial, are skeptical that such a small difference in scan depth could account for the development of a severe neurological condition such as ASD.

She gave all her love to children with autism

KATHMANDU, Jan 18: She has a clear rough patch on her right cheek that looks like a skin disease. But... Read More...

CHITWAN, Oct 4: In an attempt to minimize road accidents during the Dashain festival, authorities have made it compulsory for drivers... Read More...

Cabinet meeting at 3 PM
58 minutes ago