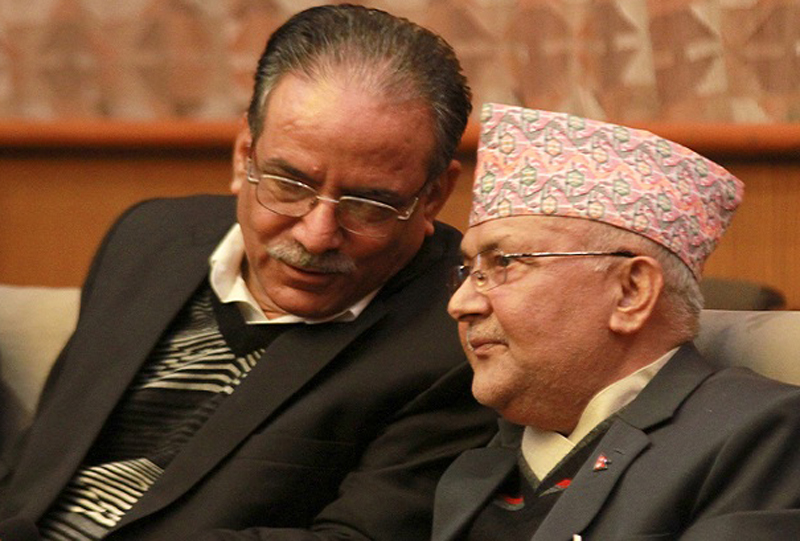 UML today stands at a similar pedestal as NC after the historic political changes of 1990 or the Maoists after 2006.

In the early 1990s some scholars in the West were celebrating fall of Communism in the Soviet Union and Eastern Europe as ‘End of History’ and ‘Third Wave of Democracy.’ Others were cautioning that while orthodox communism may have failed unless the inherent weaknesses within the liberal democratic system were redressed Third Wave may be short-lived. Stanley Hoffman of Harvard University was one of those warning of a crisis in liberal internationalism.

As the debate on the post-Cold War global order was raging elsewhere, China was starting to see the early dividends of Deng Xiaoping’s highly significant political experiment, Socialism with Chinese Characters and market economy under the central political control of Communist Party.

Since then China has made unprecedented progress in economic development and social well-being, emerging today as an economic superpower. Interestingly, India, a parliamentary democracy, is also emerging as an economic powerhouse.

How are communist China and liberal democratic India rising to reclaim their rightful places at the global high table? What will be the relations between these two great ancient civilizations, competing for polities and economies emerging as world powers in close proximity? How will their relations with each other and other great powers affect the neighborhood and the wider world? These are the most serious questions being debated in the global power centers of ideas, political, economic and strategic doctrines.

Nepal in the middle

Strategically situated between China and India, Nepal has enshrined socialism oriented multiparty democracy in its new constitution. In the recent provincial and federal elections, first under the new constitution, the left-alliance of CPN-UML and CPN (Maoist Centre) emerged victorious. The democratic alliance led by Nepali Congress (NC) lost badly. What caused the upset and what will be its implications? The world is watching.
As Hoffman warned then and I myself followed up in the Nepali context (see “Threat to Democracy: Chemistry of Corruption, Lies and Political Leadership,” Political and Economic Monthly, Kathmandu, March 1994) rather than Nepal ideologically going red, the poor showing of the NC was mainly due to problems inherent in the way those claiming to champion the liberal-democratic cause behaved. The NC debacle can best be attributed to Management, Arithmetic and Policy (MAP) deficits.

NC’s internal party management problems are too well known. The torch-bearer of the democratic awakening in Nepal, leading all the major political changes starting from the first democratic transformation in 1950 to the promulgation of the Federal, Democratic Republic Constitution in 2015, sadly suffers from a serious crisis of vision, leadership, internal democracy and institutional development.

The NC, in particular, its former leader Girija Prasad Koirala, along with Prachanda leader of then Communist Party of Nepal Maoists, also played the most significant role in transforming the Maoists from violent insurgency to peaceful and democratic politics. But why did the Maoists ditch the NC for an alliance with the UML in the coalition government led by NC leader Sher Bahadur Deuba? What triggered the unification of these two parties, once seen as rivals? NC leaders had no clue until it came out in the open. Once the UML and MC came together it was clear that the electoral arithmetic would go against the NC. But its leaders were not only clueless about the changing political scene under their own noses but too lethargic to respond to the challenge. NC-led government also made some domestic and foreign policy blunders making the election result predictable.

If NC suffers from problems of leadership and management, UML is a tightly managed political party with effective internal democracy and communication. Its leader K P Sharma Oli is also known for his personal charisma and effective public speaking. In addition he capitalized on his nationalist stand, strong views against the Indian blockade and overtures to China. All of these contributed to UML and Oli’s rise. He has now been sworn-in as the first elected Prime Minister of the Federal Democratic Republic of Nepal.
In this new threshold of Nepal’s history UML stands at a similar pedestal as NC after the historic political changes of 1990 or the Maoists after 2006. Had the NC been able to rise to the occasion after it secured an absolute majority in the 1991 general election or even after the second CA election, Nepal would have travelled a different path. But it has been successful in bringing change but always a failure in managing it. As a result Nepal is going through the current Triumph and Trauma of Transition and the NC is where it is today. Maoists too had their day. They were the largest party in the first Constituent Assembly. But they also suffered from their electoral victory mutating into an arrogance of power. So they too were reduced to a distant third in the second CA.

The Third Wave has gone in favor of UML with four out of the seven provincial Chief Ministers of its own, decisive position in the other two and by far the largest party at the centre. Gaining state power is one thing, being able to use it for nation building and collective good is a whole new ball game. Will the UML now behave differently than the NC and the Maoists earlier?

History may show the real reason as to what prompted sudden Oli-Dahal united front but one thing is clear, it was a masterstroke of win-win for both. As a result, the UML has emerged as the largest party while the Maoists are the kingmakers. The Oli-Dahal duo can now preside over Nepali politics, one leading the world’s first democratically elected Marxist-Leninist-Maoist government and the other the unified Communist party.

Having succeeded in gaining power, it is now largely up to them to demonstrate statesmanship for effectively managing Nepal’s domestic politics and foreign policy, both essential to end Nepal’s long political transition and usher in a new era of political stability, economic development and prosperity of all Nepalis. If they succeed, the ripples of the Third Wave in Nepal could reach beyond the Trans-Himalayas.

KATHMANDU, Dec 22: Mobile phone is the third largest traded commodity in Nepal after petroleum products and iron, according to the... Read More...