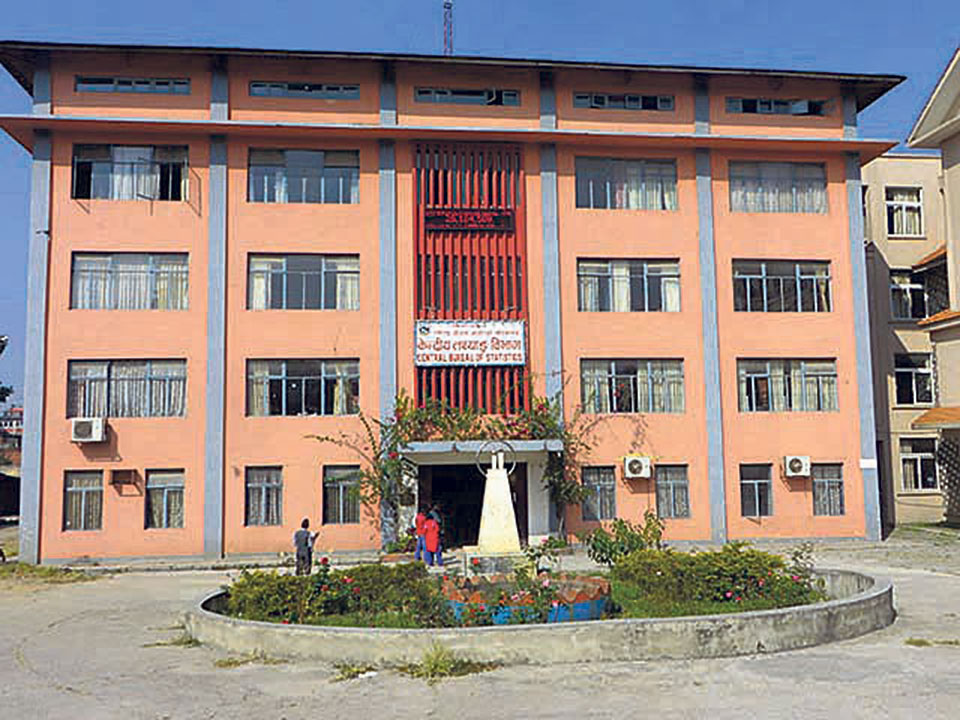 KATHMANDU, Feb 24: Central Bureau of Statistics (CBS) has started National Economic Census 2018, on Friday. The census will be conducted by counting all enterprises and economic activities across the country, said Suman Raj Aryal, director general of CBS. This census will also measure the contribution of those activities to the economy.

This enumeration of all economic activities and units and the job creation by them, as part of the census, is expected to be useful in the federal context.

“This is the first census covering such large number of economic activities and data. It will have much importance not only for federal government but also sub-national governments in devising policies and programs,” said Aryal. Provinces and local levels may find these data much useful in setting priorities, added Aryal.

Aryal also launched the training of trainers for 77 officials who will be the coordinators of economic enumeration offices to be set up in each district.

The census, which will be conducted within 60 days starting from mid-April across the country, will use three methods in collecting the data: using printed questionnaires, filling online forms or putting data directly on tablets.

The enumerators will use both paper and electronic means to fill the questionnaires. “Respondents can fill in information about their enterprises and institutions through online survey (e-census). The enumerators also carry tablets who will count the census,” the press release issued by CBS said.

The census will cover 18 out of total 21 economic activities listed in international standard industrial classification. Three sectors -- agriculture, fisheries and forestry -- will not be counted in this census as CBS has already been doing census of these sectors in every ten years. The counting will also exclude street vendors.

The data compilation process has now been decentralized, CBS officials said. Mahesh Chandra Pradhan, director of CBS, said that enumerators will gather at the nearest CBS branches and collect the online server, which will help publish the results quicker.  CBS has 33 branches nationwide. “We have planned to publish the result of the census by the end of October next year,” said Pradhan.

The enterprises of different economic activities including retail and wholesale trade, construction, finance, real estate, finance, communications, information technology, hospitality, utilities, transportation, health, education and other manufacturing and services sectors will be covered in the census.

KATHMANDU, April 25: The National Economic Census is conducted by the Central Bureau of Statistics will cost approximately Rs 400... Read More...