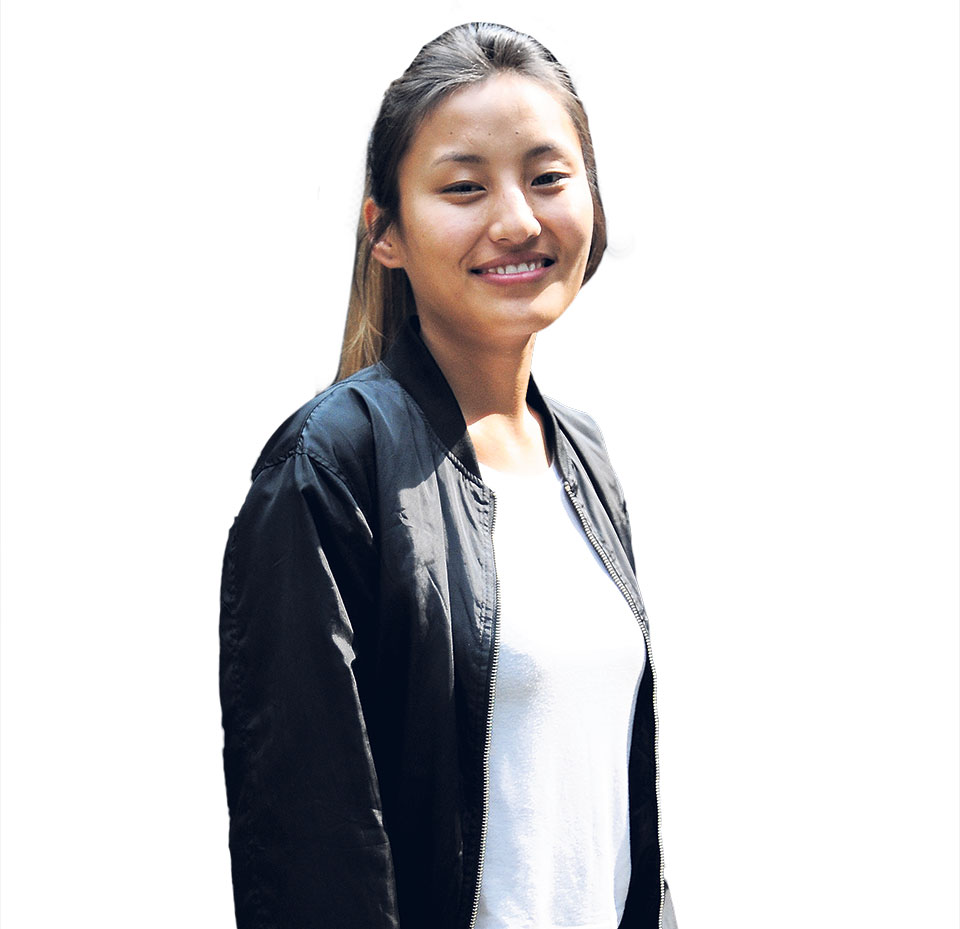 Thinley Lhamo is soon going to make her debut in the Nepali film industry through the highly anticipated movie, Nakaa, starring alongside the likes of Bipin Karki, Robin Tamang, Sajan Thapa Magar, and Shiva Mukhia (from The AXE Band). The Week’s Anweiti Upadhyay caught up with her to get an inside scoop on the film and the actor’s life before the movie’s release.

How was it working on your debut project, Nakaa?
Nakaa is my first movie and, to be honest, this experience has been like nothing else I have ever experienced in my life. I have learned quite a bit about show business while working on Nakaa. Everything actually is pretty different than what I assumed it was going to be like. But I consider myself blessed to have had an amazing cast and crew who taught me a lot for which I will be forever grateful. I have grown as a person too while doing this movie and I’m quite excited for what’s to come.

What are your views on the movie?
I personally love the movie. You might say I’m biased but I think the viewers will also enjoy it. It has a good plot and it’s very well executed. The plot line revolves around Goldie, a small-scale smuggler in Bahrabise, trying to find a new extremely beneficial smuggling deal and Sonam, my character, a struggling Tibetan refugee who is crossing Nepal to reach her final destination, India. It also moderately focuses on the smugglers around the Bahrabise area and how they delude one another for money.

What did you like about being Sonam? Can you relate to her?
Sonam, as a character, is a scared young woman who is not sure about her future and where life will take her. But, despite the odds, she keeps going and pulls through. I love that about her. I was cast as Sonam because I’m a Tibetan and I looked the part. So, in a way, I do relate to her I guess. I had heard tales about human trafficking and illegal smuggling around the Nepal-Tibet border as a child so I could actually understand what would go down in such scenarios. Personality-wise, we are very different individuals though. But I did enjoy being Sonam. It was an experience I wouldn’t mind reliving.

Is acting something you had always wanted to do?
While growing up, I was never really interested in acting. And I have no prior acting experiences, so this was pretty challenging for me. But I made it with my own persistence and the guidance of everyone on set. I’m a member of the Nepal Tibet Opera Association and one of producers was apparently quite impressed with what I did at a Nepal Tibet Opera Production, so he referred me to play Sonam. Everything else just fell in place after that and worked out pretty well.

Anything you would like to suggest to other acting enthusiasts who haven’t gotten their big break yet?
Work hard, that’s crucial in not just the acting field but in anything that you want to pursue in life. There are no shortcuts in life. You have to persevere and persist. Dream big and believe that you can achieve those dreams. Have a little faith in yourself. But also remember that faith will come when you start working hard. It’s a cycle, actually.

Experience matters in life in many regards. Simply put, experience means something we are in practical contact with and our... Read More...