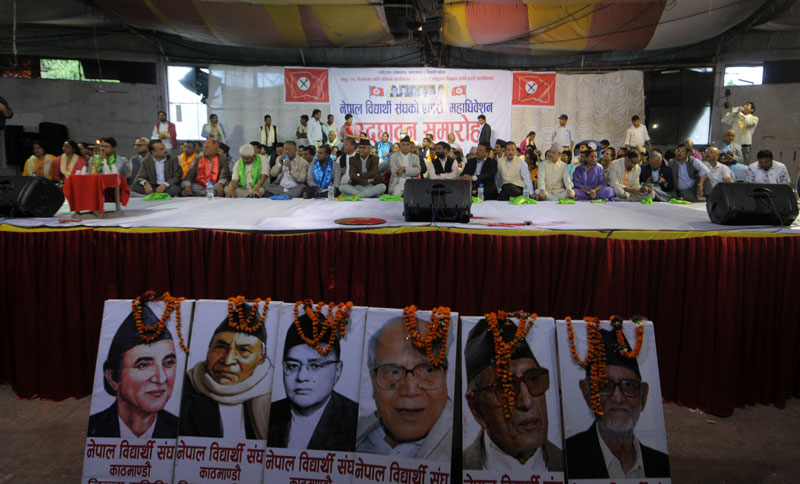 "The name list of representatives of all the districts will be submitted to the election committee today, then the election process will move ahead," NC leader and Directive Committee Coordinator Dr Prakash Sharan Mahat said.

The Convention which was scheduled to end on Aug 9 has continued to lengthen due to the dispute. The students' crowd is gradually thinning with many already looking to return to their districts.

The Election Committee is optimistic of receiving all name lists today and starting the preparation for election program from tomorrow. After the name lists are received the candidates will make their registration on Saturday followed by claims and objections on candidature and nomination after which the final name list of candidates will be made public, Committee Coordinator Bharat Prasad Kharel said.

The Election Committee is doing necessary homework so as to hold the election on Sunday. RSS

KATHANDU, Aug 14: The students close to Ram Chandra Paudel panel said it would not take part in the ongoing... Read More...

Dispute over the addition of fake voters protracts NSU election

KATHMANDU, Aug 14: The holding of the election of the Nepal Students Union (NSU) under its 11th General Convention is... Read More...