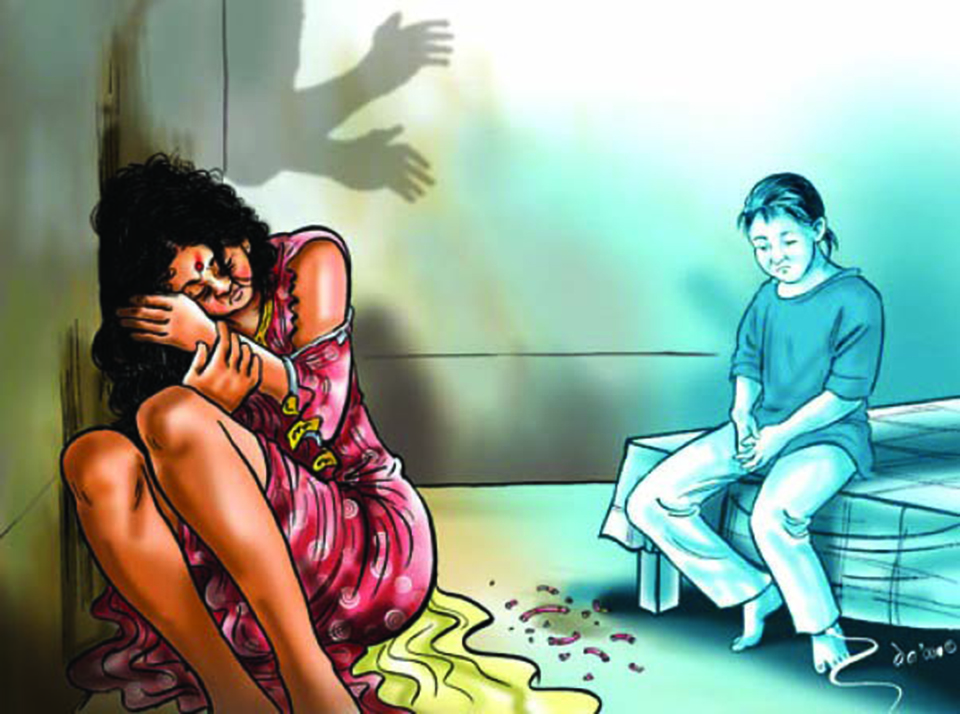 KATHMANDU, Feb 20: Sexual violence against girls and women has gripped media attention in intervals. Rape was once again massively reported during the last few weeks. The Darbarmarg incident drew criticism against the police their 'involvement in trying to settle the case instead of investigating it'. Another incident, that took place in Itahari also caused public outcry against such heinous crimes.

As per the data of Nepal Police, on an average five rape cases are filed with the police every day. 1644 rape cases were filed in the last fiscal year throughout the country. Among those, 1117 cases were rape and the rest 27 were attempt to rape.

This fiscal year, things are not any better. In the first month of the year, Shrawan, 193 rape cases from across the country were filed with the police. Comparatively, the numbers are shocking and even horrifying are the brutal attack on underage girls.

On social media channels, women were seen posting message in this regard with hashtag #rageagainstrape. While the campaign is still ongoing, they state that the objective is to draw the government's attention towards the issue.

Richa Bhattarai, one of the campaigners shared that such social media movement will put pressure on the government to act. On the other hand, it is also a great way to make people think, she said. “Every citizen has right to live with dignity. The state must ensure this. We also want to change people's general perception towards rape and the victim. That is what this campaign is for,” Bhattarai said. She added that rapists should be put behind the bar and the victims should be given justice.

Social media campaigners express concerns that the country is turning unsafe for women. Considering that the incidences of rape and other kinds of sexual violence against women are increasing, the state needs to review its policies and resources to curb such crimes, she asserted.

We must be able to respect each other and our choice of dress and style. The general mindset regarding girls and women is still pathetic. - Pragya Lamsal, a campaigner

Over fifty women activists from different fields have come together for this very campaign. Forming closed groups on Twitter, Facebook and WhatsApp, they are trying to spread the message actively.

According to the police, in the last few years rape cases either have increased or are being widely reported. Despite measures to curb such incidences, small girls to elderly women have fallen victim to them.

Prior to the #rageagainstrape hashtag, #metoo, a global hashtag, was used by Nepali users on social media. People from different walks of lives had used it to share their personal experience of being victim of sexual harassment and urged everyone else to speak against the ill.

According to Gyanu Baniya, one such campaigner, such campaigns are important as they bring the crucial issues to debate. “In our society, people do not talk anything related to sex openly. Until and unless we are ready to face things, how can we fight against it? So, such campaigns give us a platform to gather people and facilitate them to talk about it. As we talk more about it, we can find solutions to it. We can create pressure on authorities concerned for ensuring the safety of girls and women,” she said. She called on the government, media, judiciary and other stakeholders to be more sensitive and to wedge aggressive war against such crimes.

Rage against rape campaign had only around 20 campaigners, in the beginning, the group's member informed. They had started pushing it through twitter. Soon, many joined the campaign and it gradually spread to other social media channels.

A campaigner Hima Bista opines that the case of Darbarmarg has left many upset. She insists that the society must change the mindset towards women and treat them with due respect. “We must speak for justice. We must speak against culprits without fear. It is about keeping our society and people safe and dignified,” she maintains.

Similarly, another campaigner Pragya Lamsal stated that the society must be more open towards women. Just because one is wearing short skirts or some fashionable dress, labeling her as a cheap woman is ridiculous, she says. “We must be able to respect each other and our choice of dress and style. The general mindset regarding girls and women is still pathetic,” she commented.

Why do the economic growth forecasts differ?

KATHMANDU, Jan 24: The International Monetary Fund (IMF) has said that the Nepali economy will grow by 5.5 percent in Fiscal... Read More...

If we look at production figures of past six years Nepal does not in fact need any imported food ... Read More...