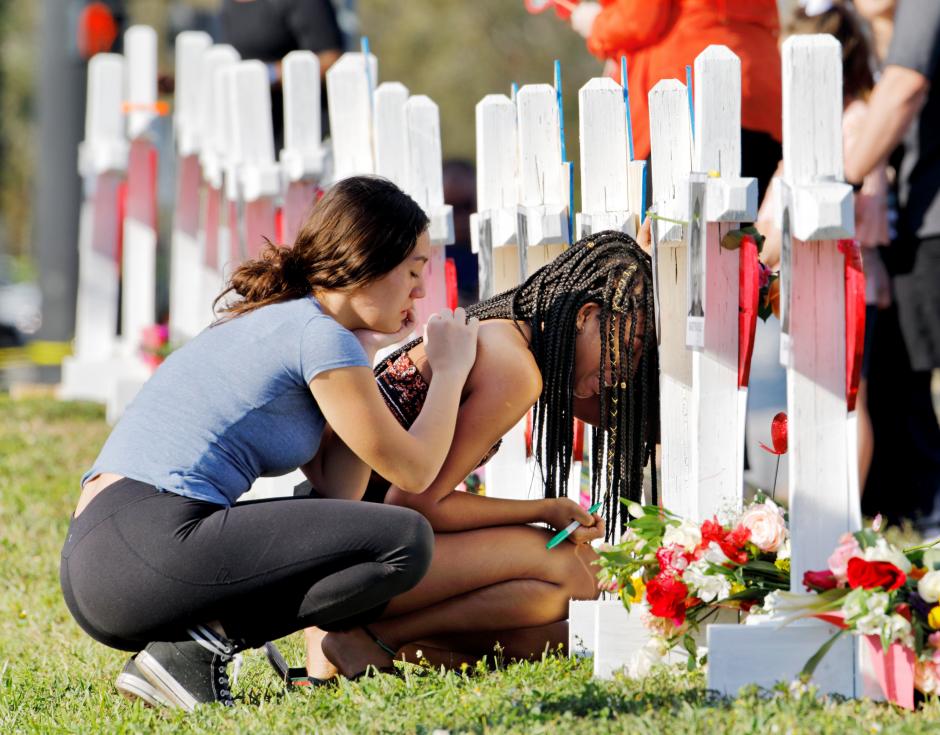 FLORIDA, Feb 19: Stunned by the deadliest high school shooting in U.S. history, students mobilized across the country on Sunday to organize rallies and a national walkout in support of stronger gun laws, challenging politicians they say have failed to protect them.

Students from Marjory Stoneman Douglas High School, where a former student is accused of murdering 17 people on Wednesday using an assault-style rifle, joined others on social media to plan the events, including a Washington march.

“I felt like it was our time to take a stand,” said Lane Murdock, 15, of Connecticut. “We’re the ones in these schools, we’re the ones who are having shooters come into our classrooms and our spaces.”

Murdock, who lives 20 miles (32 km) from Sandy Hook Elementary School where 20 children and six adults were shot to death five years ago, drew more than 50,000 signatures on an online petition on Sunday calling on students to walk out of their high schools on April 20.

Instead of going to classes, she urged her fellow students to stage protests on the 19th anniversary of an earlier mass shooting at Columbine High School in Colorado.

Students from the Florida high school are planning a “March for Our Lives” in Washington on March 24 to call attention to school safety and ask lawmakers to enact gun control.

They also plan to rally for gun control, mental health issues and school safety on Wednesday in Tallahassee, the state capital. The students were expected to meet with a lawmaker who is seeking to ban the sale of assault-style weapons like the AR-15 allegedly used in the school shooting.

The demands for change by many still too young to vote has inflamed the country’s long-simmering debate between advocates for gun control and gun ownership.

Students from the Florida school have lashed out at political leaders, including Republican President Donald Trump, for inaction on the issue. Many criticized Trump for insensitivity after he said in a weekend Twitter post that the FBI may have been too distracted with a Russia probe to follow leads that could have prevented the massacre.

“You can’t blame the bureaucracy for this when it’s you, Mr. President, who’s overall responsible,” David Hogg, an 18-year-old Douglas senior, said in a phone interview.

The White House said Trump planned to host “a listening session” with high school students and teachers on Wednesday, but did not specify which students or school would be involved.

“We’re the adults. We’re the leaders in this country who are supposed to keep our children safe - and again and again, our country has let them down,” Democratic National Committee Chairman Tom Perez said on Twitter.

The suspect in the Parkland shooting, Nikolas Cruz, 19, faces multiple murder charges in the deaths of 14 students and three staff members, and the wounding of more than a dozen others in a rampage that eclipsed Columbine as the country’s worst mass shooting at a high school.

Cruz was reported to have been investigated by police and state officials as far back as 2016 after slashing his arm in a social media video, and saying he wanted to buy a gun. Authorities determined, however, he was receiving sufficient support, newspapers said on Saturday.

In addition, the Federal Bureau of Investigation admitted on Friday that it failed to investigate a warning that Cruz possessed a gun and the desire to kill.

A couple who opened their home to Cruz after his mother’s recent death saw no signs he was planning a rampage, according to the Sun Sentinel in south Florida.

Kimberly and James Snead told the newspaper they knew Cruz had guns, and that they made him lock them in a safe. They thought they had the only key, they said.

Cruz faces charges that could bring the death penalty. Prosecutors have not yet said if they will seek capital punishment.

Four people still hospitalized with wounds from the shooting were in fair condition on Sunday, a spokeswoman for the Broward Health system said.

School officials in Broward County said on Sunday they were aiming to have staff return to the high school campus by the end of the week. They did not say when classes would resume.

'Vote them out!': Hundreds of thousands demand gun control

WASHINGTON, Mar 25: In a historic groundswell of youth activism, hundreds of thousands of teenagers and their supporters rallied across the... Read More...