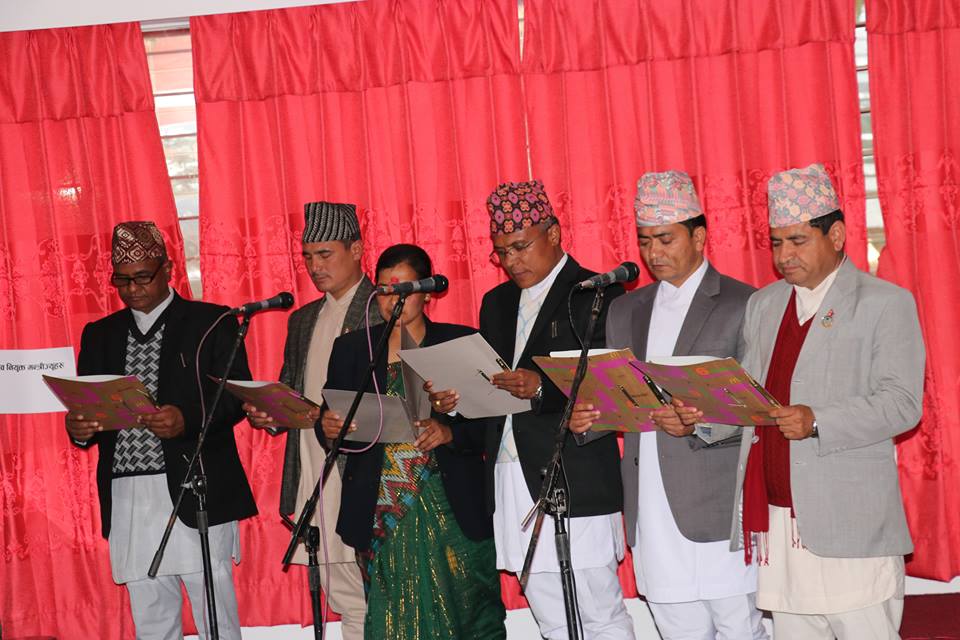 SURKHET, Feb19: Mahendra Bahadur Shahi, chief minister of Province 6, has formed a seven-member cabinet in Surkhet. The cabinet formation took place on Sunday after a delay due to differences over two ruling parties -CPN-UML and CPN (Maoist Center) over ministerial portfolio allocation.

CM Shahi appointed ministers after central leaders of the two left parties settled the disputes of portfolio allocation on Saturday itself.

As per understanding reached between senior party leaders, Maoist leader Naresh Bhandari has been appointed as internal affairs and law minister while Bimala KC has got the portfolio of land management, agriculture and cooperative minister. Bhandari was elected from Jumla while KC represents Rukum.

Governor Durga Keshar Khanal administered the oath of office and secrecy to the newly-appointed ministers in the presence of CM Shahi.

Hearing on case against Home Minister Lamichhane continues
37 minutes ago

Four arrested with illegal drugs in Janakpur
54 minutes ago