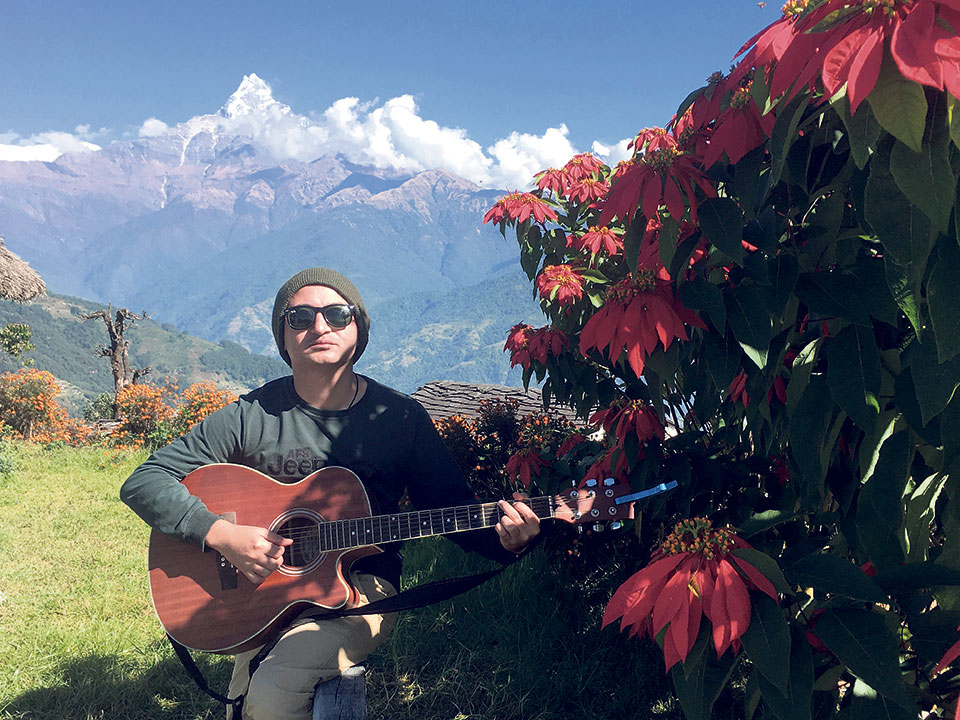 With the years, the way we enjoy our travels tends to change. Prabesh Poudel says he has noticed that too. The IT engineer might not be able get his friends together for trips like he was once able to and his workload these days might not help either, but Poudel shares that he doesn’t skip the travel opportunities that come his way.

He has already set his calendar for an Australia visit later this year and as always is looking forward to meeting new people and sharing his travel stories. His interest in photography and singing, he says, goes a long way to do both. With The Week, Poudel shares stories from some of his most recent trips.

Witnessing the Yarsagumba hunt
My travels around our country began around the sixth-seventh grade. It was around the age that I started asking my uncles to take me along on their official trips. I remember being impressed with how these cars could go to all kinds of places, far beyond my imagination and I asked to be on it whenever possible.

However, one of my most memorable local travel experiences was just two years ago. This was partly a work trip as well but we were headed to one of the destinations on my wish list, Dolpa, so it didn’t feel that way.

We were headed to Shey-Phoksundo and I had been fascinated with the place ever since watching the movie Caravan. I vividly remember its iconic scenes and was really looking forward to visiting the sites by myself. But in terms of experience, I think, we were treated to a lot more than that.

Coincidentally, turned out we were travelling during the Yarsagumba season. The timing made travel through the area an incredibly surreal experience. As we were travelling up, we were greeted with the eerie silence of completely abandoned villages. People had locked up their houses, gathered their belongings and moved along. Needless to say, this made lodging very tricky. All the hotels were shut down too. With no other resort, we just ended up renting a tent from one of the locals. Thankfully, they were kind enough to share their food as well.

As we continued our way up, we started seeing people who had gathered for the hunt. There were thousands of them. Seeing such a vast sea of people, both old and young, moving together was so surreal. The women had even brought their toddlers along. We hear about the Yasagumba season hunts all the time but seeing it in progress was unlike anything. It’s sort of the thing that gives you goose bumps.

Along the way, I also had my first horse riding experience. Again, this was another one of my wishes, to traverse through the hills on horseback. But the reality was a tad different. Sitting on a horse for too long turned out to be tedious after a while. Also some paths on the route were incredibly precarious, only a single horse could pass through, so we walked half the way and rode the other half. Either way, this Dolpa trip had a lot of firsts for me.

Karaoke with the gentlemen of Goa
Last year’s Goa trip was bit of a spontaneous trip. My cousin and I were in Delhi and I thought, why not? Granted we were traveling to Goa during off season and there were indeed many people who told us to drop the idea. They warned us that the night life, the buzz of Goa wouldn’t be there to greet us then. Initially even my cousin didn’t want to but I sort of ended up dragging him there.

Turned out, it was a great decision. All the warnings were true. Goa during its off season doesn’t hold up to its party central reputation. However, during this trip, I found my own party with a bunch of locals. These gentlemen were much older than me but they had that chill vibe about themselves.

I met them on my first night out. My cousin was staying in but I decided to go for a look around town and I stumbled across them. It was well past midnight but they were a lively bunch and pretty much immediately welcomed me into their circle.

I quickly learned that these guys had a daily evening ritual that they loved, bar and karaoke. It wasn’t about dancing, jumping, or shouting around for these guys. They sang their hearts out for hours. Luckily, I enjoying singing too so we set the pace with the classics from the get go. I even looked up Nepali songs on the internet and together we had a go at that too.

It was so much fun that from then on we got together every night for karaoke. Once the karaoke place would close, we would go to a bar, sit and just talk about our lives and our cities. I was introduced to a whole different side of Goa through them. I’d definitely recommend trying Goa during the off season.

Dad and Dubai
As kids, my sister and I traveled a lot with my parents. But again, last year, I realized this was a long time ago. Just for the sake of it, I put out the idea of going on a similar trip and as it turned out, my father could make it. We chose Dubai as our destination and set off.

Back in the day, it used to be him who would make all the arrangements but for this trip, the roles changed. It was nice getting a chance to go on a trip like this together again. My father was up for all the activities as well – the safari, the tours, the whole lot. I realized just how caught up we both had become in our own personal lives so the trip served as an opportunity to reconnect, just talk and catch up with what was going in the other person’s life.

There are many ways to reap benefits from your travels and a little time invested in bonding with your parents could very well be one of the best ways to do that.

KATHMANDU, May 15: Although the performance of local bodies since their election last year has remained dismal, they should be given... Read More...