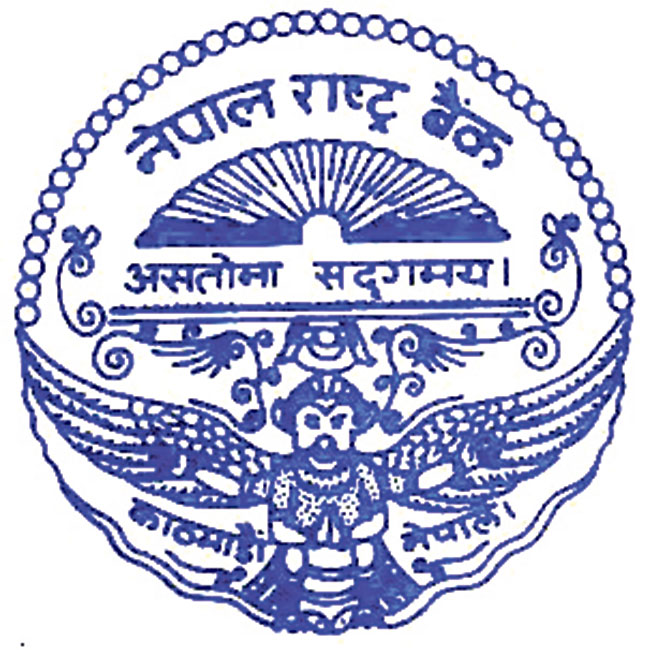 KATHMANDU, Feb 13: Nepal Rastra Bank (NRB) has kept most of its rates unchanged in the half-annual review of the monetary policy for the Fiscal Year 2017/18.

The central bank, however, revised down the annual inflation forecast by one percentage point to 6 percent. The central bank had announced to tame the inflation to 7 percent in its monetary policy unveiled last year. “However, there is still a risk of recent rise in the price of petroleum products and construction materials putting pressure on inflation,” the mid-term review report states.

While saying that the economic growth will remain 'satisfactory', the central bank indicated the government's target of 7.2 percent is not gettable.

“Since the growth in farm output is likely to be less than expected, the tempo of non-agricultural activities continues to gather momentum as the elections of all three layers of the country has been held,” said Nara Bahadur Thapa, the Research Department Chief of the NRB. “A steady growth in electricity generation, improved supply situation and a pick-up in construction activities are expected to help maintain pace in non-agricultural activities. The overall economic growth is expected to remain satisfactory in the current year. Lower than the government target, but somewhere between 5 percent and 6 percent,” added Thapa.

Now, the total refinances fund that supports extending concessional credit to strategically important sectors, including hydropower, will be of Rs 25 billion.

However, the central bank seems to be taking a lenient approach in enforcing prudential lending limit for bank and financial institutions (BFIs). Though the NRB has said that it will monitor the daily position of credit to core capital-cum-deposit (CCD) ratio of banking institutions, it will, however, penalize them only in case the breach of the prudential lending limit in monthly average ratio.

The announcement of the central bank comes as a relief for the banking institutions who were worried about the action from the central bank about the breach of the CCD ratio of 80 percent. Most of the banks are close to the saturation level due to the mismatch in deposit and loan mobilizations.

However, Executive Director Thapa, said that the central bank will keep on warning banking institutions to bring their CCD ratio within regulatory limit through its daily monitoring.

Similarly, the NRB has also announced a new rule for BFIs to curb the rising flow of loans and advancements of BFIs as overdraft. According to the NRB, BFIs will not be allowed to float more than 15 percent of their total loans in overdrafts.

Inflation last year eased to 3.6 percent despite notable rise in prices of edible oil and pulses

KATHMANDU, July 20: Inflation, which has long remained subdued, has started to soar suddenly in the last months of the last... Read More...

KATHMANDU, April 9: Price of goods and services has not gone up in the current fiscal year as much as... Read More...